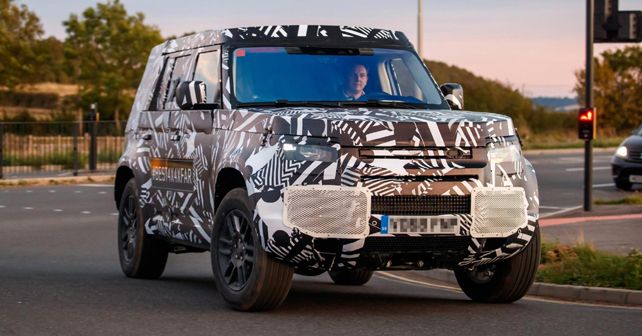 The all-new Land Rover Defender is inching closer to the final production stage and is expected to debut in 2020.

A test mule of the upcoming Land Rover Defender has been spotted testing on public roads for the first time. Jaguar Land Rover's marketing chief, Felix Bräutigam, admitted at the ongoing Paris Motor Show that the car seen testing in the images is one of the first prototypes to leave Gaydon, and said more would follow in the coming months as the ramp-up to production begins. 'These are what we call Pilot-build cars and testing will increase on public roads from now,' said Bräutigam. 'The first four cars are ready, and now that the line is running, you can expect the number of test cars to grow exponentially', he added. 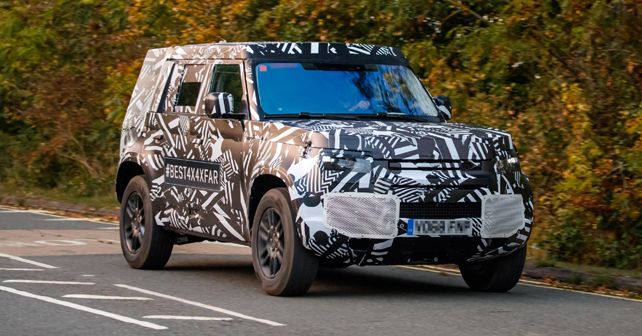 The latest spy shots reveal a major update on the classic Land Rover Defender shape with design cues taken from the modern Land Rover and Range Rover models. The four-door test car has a large and heavily-clad flat bonnet while the slim grille below it is flanked by sleek headlight units at each end.

As the test vehicle bears a registration plate, reports suggest that based on the information held by the DVLA, the vehicle in the pictures is equipped with a 2.0-litre diesel engine. However, since Land Rover has already committed that all its models post 2020 will be electrified in some way, expect the new Defender to feature mild-hybrid tech. It is also expected that the new Defender's body and chassis will be aluminium-dominated and that it will share parts and tech with its siblings. 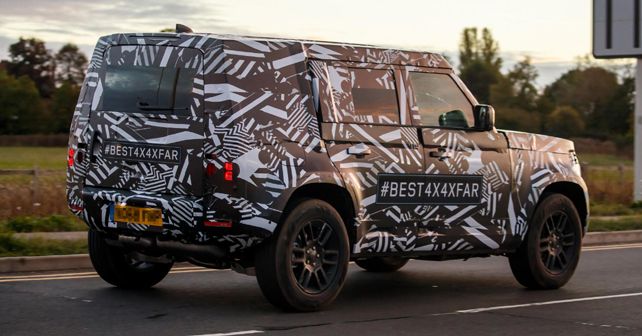 Despite the test mule donning a camouflage paint job to disguise the final shape, it's pretty clear that the next Defender will be boxier and somewhat utilitarian in appearance than the company's current range of SUVs.