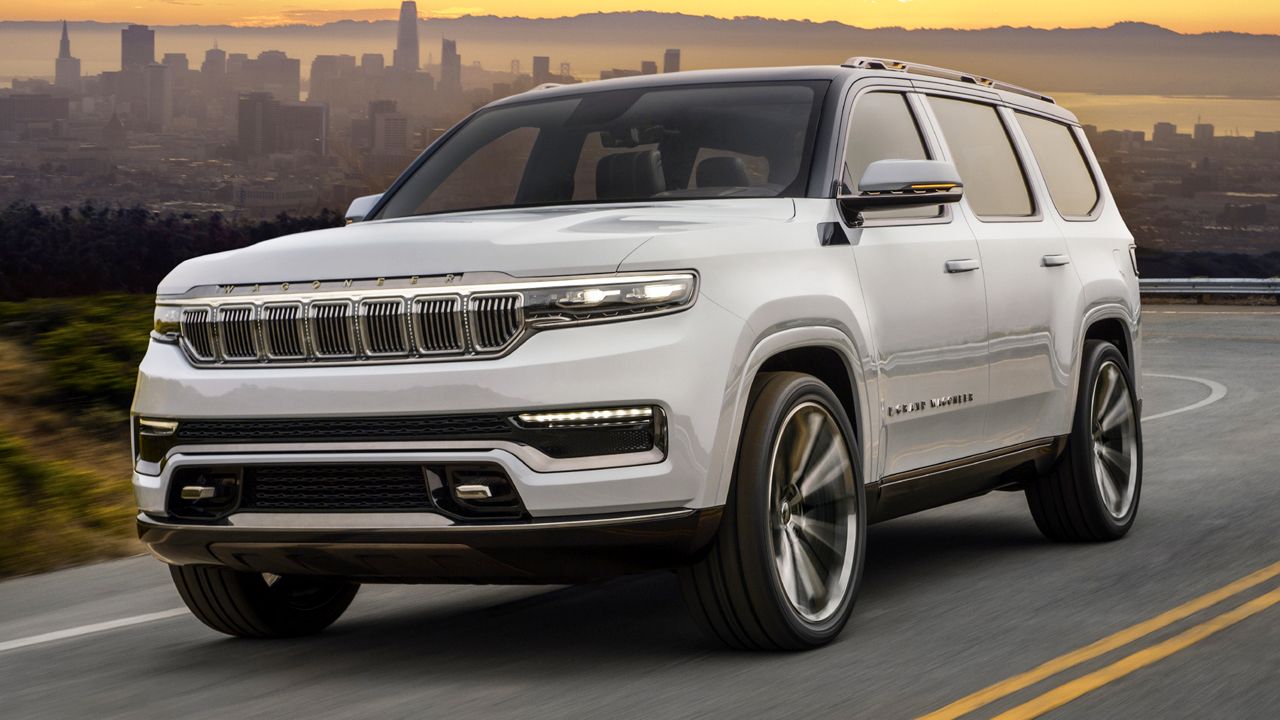 Big, retro, & brawny! Words that come to mind while looking at the all-new Jeep Grand Wagoneer Concept. For those not aware, the original 'Wagoneer' nameplate of 1962, which later changed into the 'Grand Wagoneer' in 1984, is one of the most iconic nameplates in Jeep's history. Back in the day, the Grand Wagoneer was touted as 'America's first premium SUV' – it offered segment-first features like leather upholstery, air conditioning, AM/FM/CB stereo radios, and added sound insulation as standard. The Wagoneer, according to Jeep, was the first American 4x4 SUV to offer the convenience of an automatic transmission.

So, the new Grand Wagoneer has to fill really big shoes, which means that the car must offer all the modern gizmos & tech in a premium and sophisticated package. To start with, the car we see here is only a concept. But Jeep states that the production-spec model will not be very different from the concept. Thus, this could be more or less the final production form of the Jeep Grand Wagoneer. 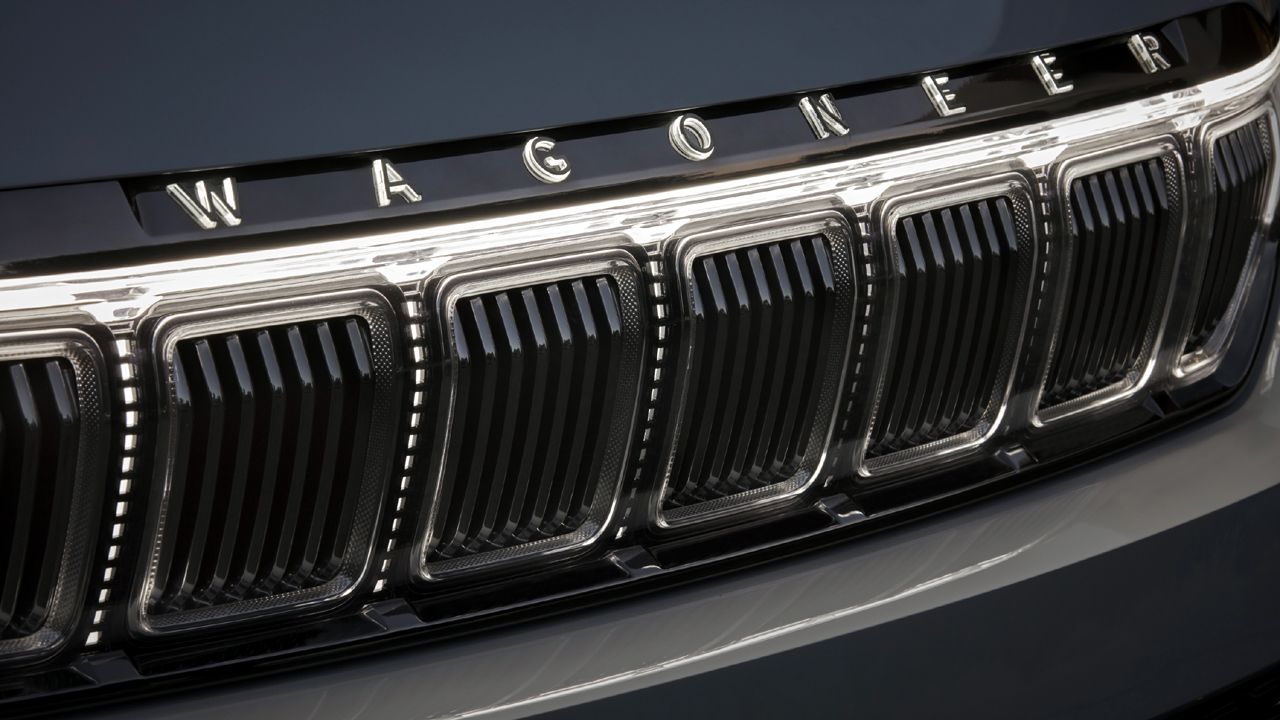 Inside, the Grand Wagoneer Concept, for the first time in the nameplate's history, gets a third row of seats, giving it a high practicality quotient, thanks to its seven-seat capacity. A full-plane glass roof and generally large windows further add to the cabin's airiness. The Grand Wagoneer Concept also uses a good amount of genuine heat-treated lacewood, which reminds you of the original Grand Wagoneer's wooden exterior panels. There are more such subtle signs that pay homage to the original car. 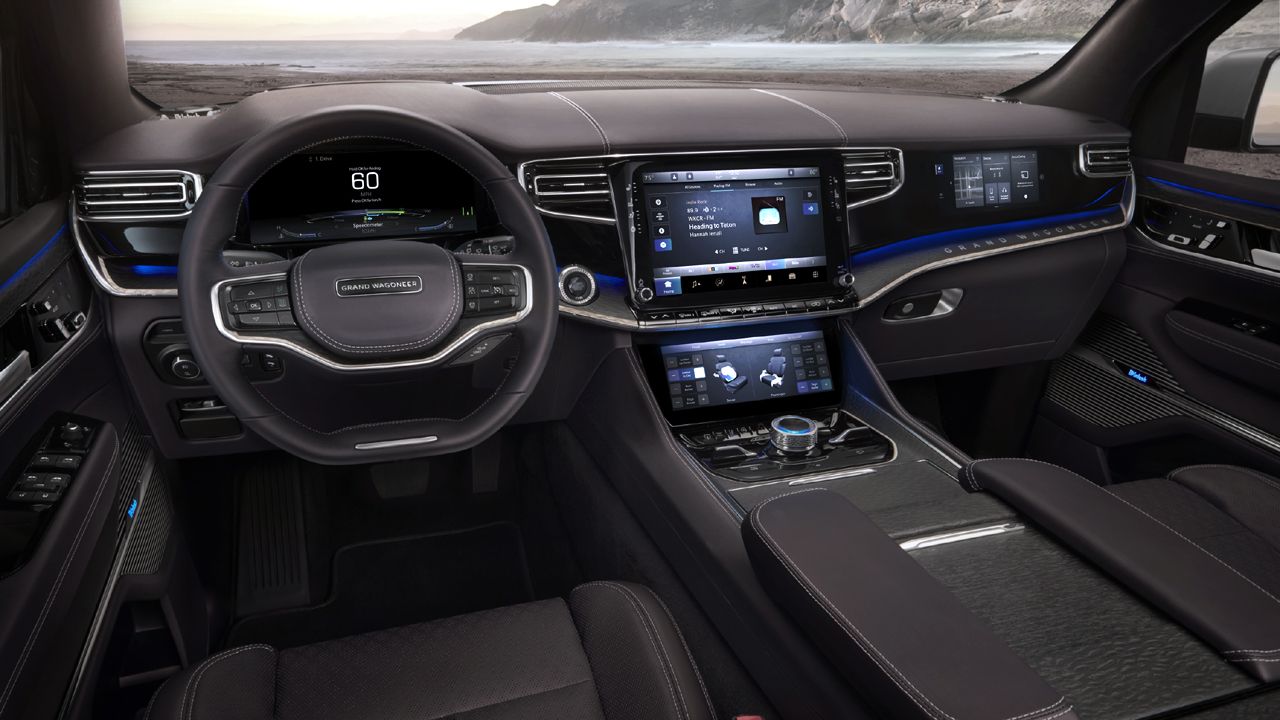 With four digital info screens at the front and three at the back, the Grand Wagoneer Concept certainly wears the 'premium' tag with pride. Nearly 45 inches of total screen span the length of the instrument panel, consisting of a 12.3-inch digital instrument cluster, a 12.1-inch horizontal touchscreen, which serves as the main display, and two 10.25-inch screens, one for the front passenger and one for general comfort. The second-row passengers have almost 30 inches of total screen space at their disposal, with three 10.1-inch displays (one in front of each captain's chair and one on the centre console between the two captain's chairs.)

Powering the Grand Wagoneer Concept's command centre is FCA’s all-new Uconnect 5 system. The car even gets the first-of-its-kind 23-speaker/24-channel amplifier audio system – the only vehicle audio system in the world powered by McIntosh. 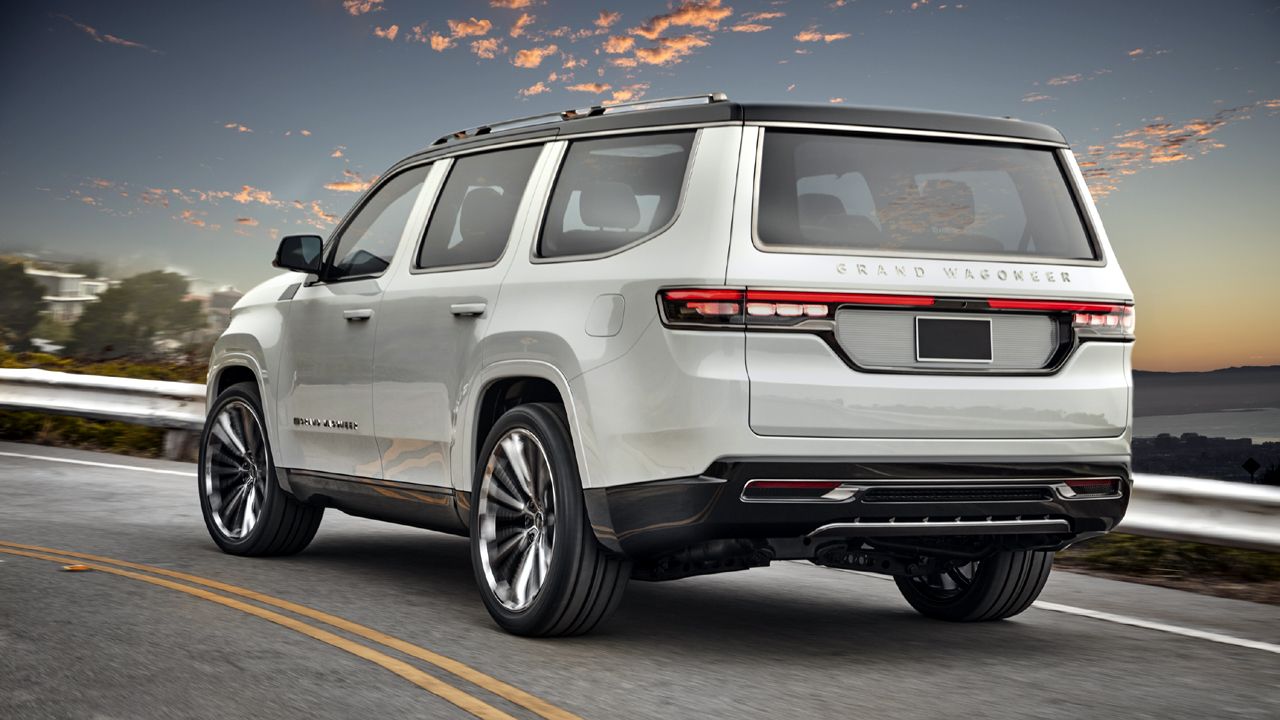 Of course, with Jeep now deep into the PHEV hybrid category with models like the Wrangler 4xe, Compass 4xe, & the Renegade 4xe, there's no doubt that the production-spec Grand Wagoneer will come with a mega-powerful electrified powertrain. Though there's no confirmed list of features yet, folks at Jeep claim that the Grand Wagoneer will offer 'three available 4x4 systems and the renowned Quadra-Lift air suspension, premium driving dynamics with an independent front and rear suspension'.

Expect the production versions of the Wagoneer and Grand Wagoneer to arrive in showrooms in the United States sometime by next year.