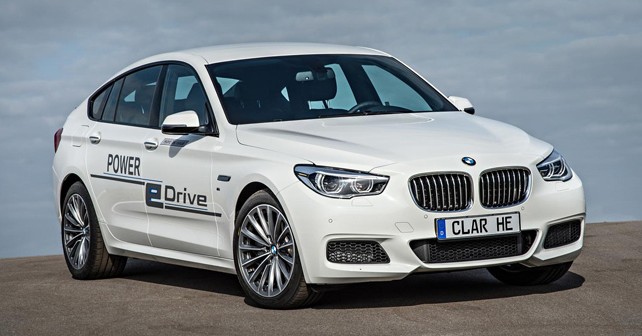 If you thought the recently revealed Model X crossover from Tesla sounded like a pretty amazing electric car, then you might want to check out BMW who have just revealed information on two of its upcoming plug-in hybrids. The German car maker has revealed new concepts that incorporates new technology, a lot of which has been borrowed over from the i3 and i8 – but in hybrid form. The first is the 3 series plug-in hybrid, that combines a four-cylinder TwinPower Turbo petrol engine from the new Efficient Dynamics engine family with an electric motor.

The next model that was revealed is the 5 series GT plug-in hybrid. This car gets the same hybrid system, but there is an additional electric motor that allows for a combined power output of 670bhp. The car will also be able to travel a distance of 100 kilometres under electric power.

Both cars are just prototypes as of now but they illustrate BMW’s plans to increase production of plug-in hybrids, and to add plug-in variants to all of its core-brand models.