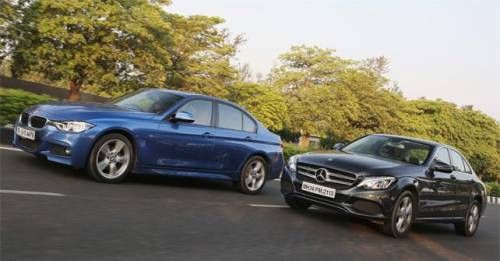 Even before the implementation of the Goods and Services Tax (GST), luxury car makers are transferring the benefits to customers

Earlier this week, the government announced the various slabs under the soon to be enforced Goods and Services Tax (GST). As per the new regulations, a base tax of 28 percent will be levied on all vehicles, over and above which, an additional cess will be charged. The cess will vary as per car/motorcycle segments. With GST set to come into force starting July 1, luxury car makers will now be taxed a total of 43 percent (28 percent GST + 15 percent cess). So far, more than 50 percent tax was imposed on such cars. While these benefits will actually come into effect from July 1, BMW and Mercedes-Benz have been quick to transfer them to the customers.

Mercedes-Benz has slashed the prices of their models by 2-9 percent, which essentially amounts to a discount of Rs 1.25-7 lakhs. BMW, on the other hand, isn’t offering such cash discounts but has instead chosen to reduce the rate of interest, offer free insurance and assured buy back schemes. The Munich-based luxury car maker is also offering complimentary service and maintenance on its vehicles until June 30. This move from both these manufacturers has been to ensure that customers don’t wait to book their cars until the new GST bill comes into force.

Speaking on the announcement, Roland Folger, Managing Director & CEO, Mercedes-Benz India commented, “As a customer-centric initiative, we are now passing on the benefits of post-GST pricing of our ‘Made in India’ cars with immediate effect. This approach will benefit the customers who want to purchase a locally produced Mercedes-Benz from now on and during the month of June. We think the implementation of the GST structure is a landmark achievement for the Indian economy, which will support the ease of doing business in India. We are also confident that post GST implementation; there will be growth momentum in the luxury car industry.”

Currently, Mercedes-Benz is offering all of these benefits only on the ‘Make in India’ models. Impact on the prices on CBU vehicles is yet to be evaluated and the resultant change in price will follow. While BMW and Mercedes-Benz have been quick in passing on the benefits of GST to customers, we expect other luxury car makers like Jaguar and Audi to follow soon.