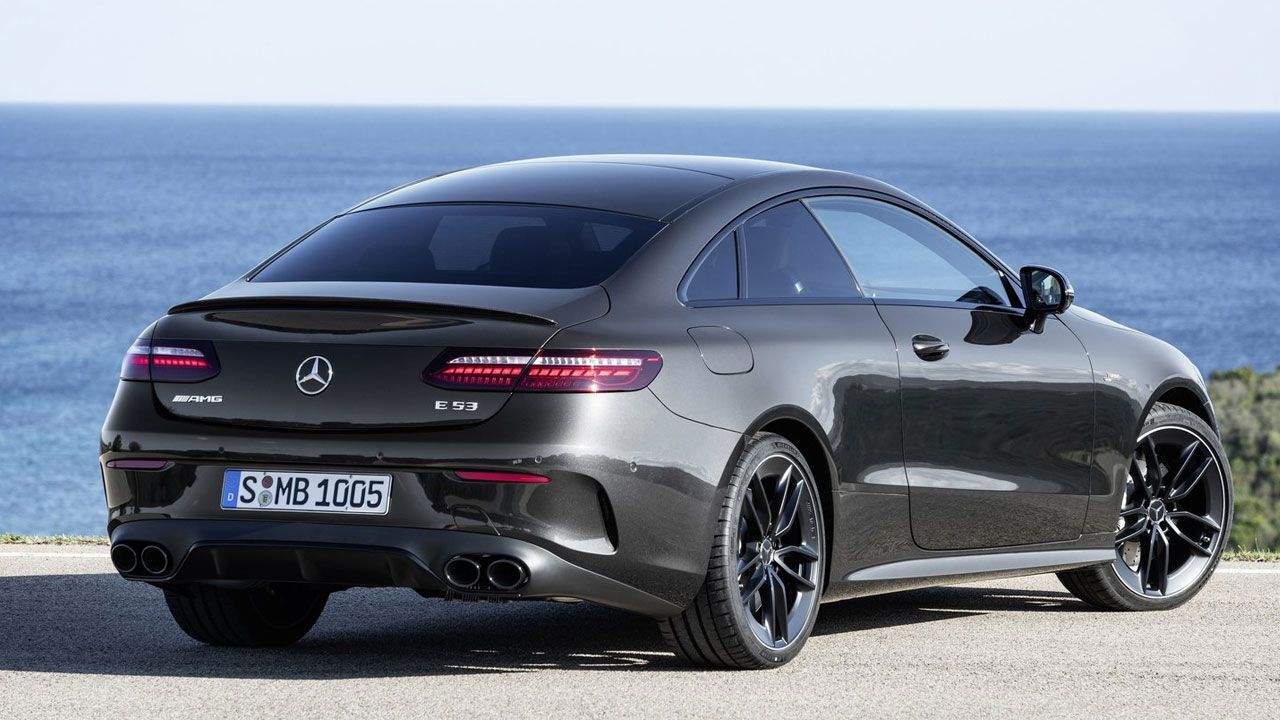 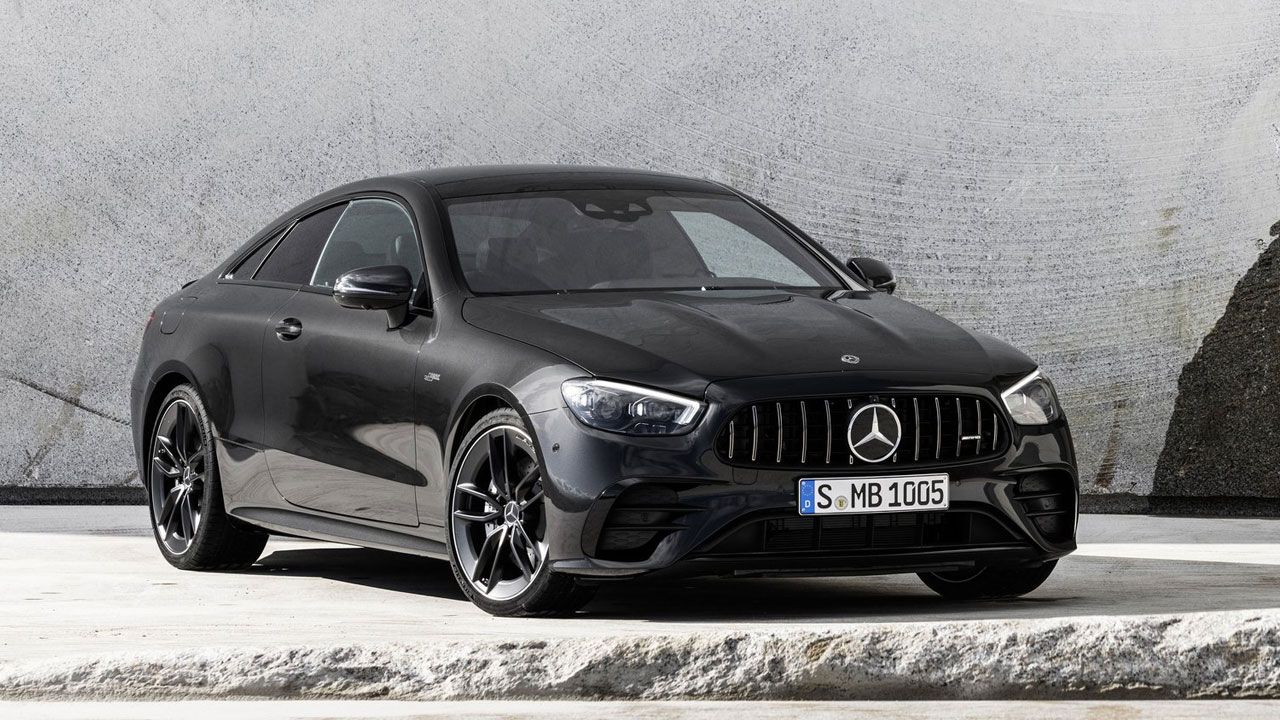 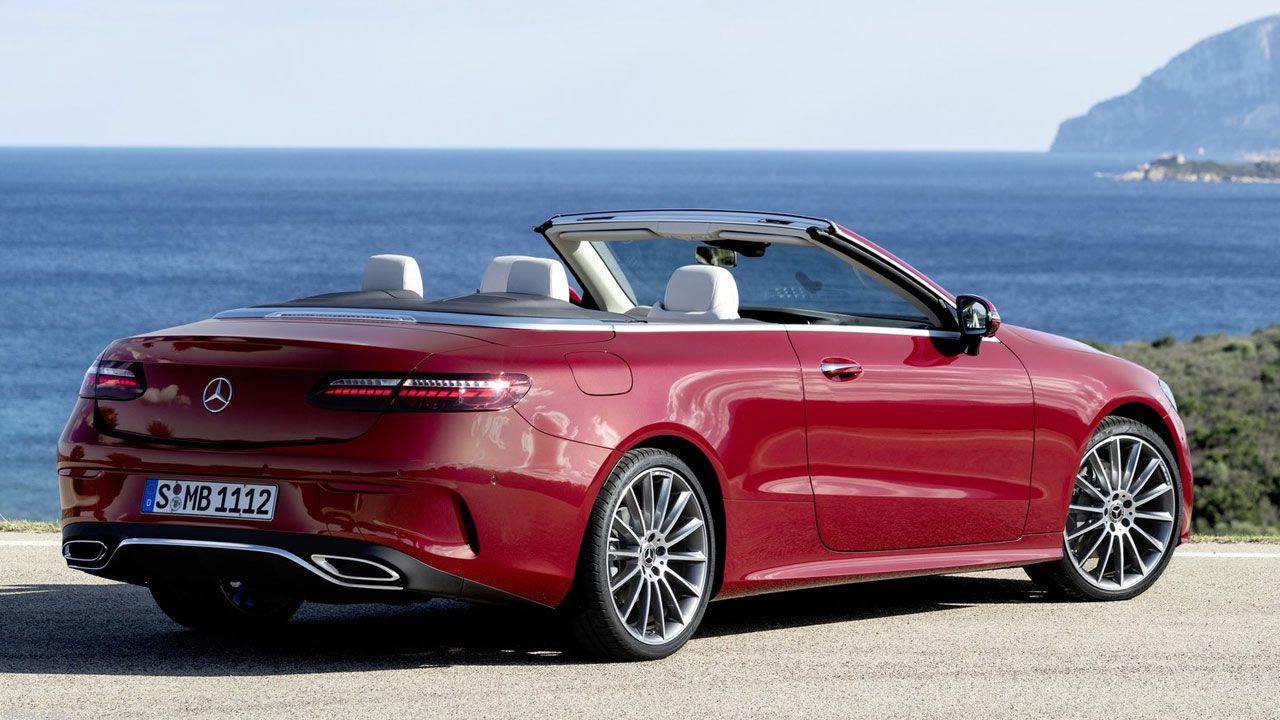 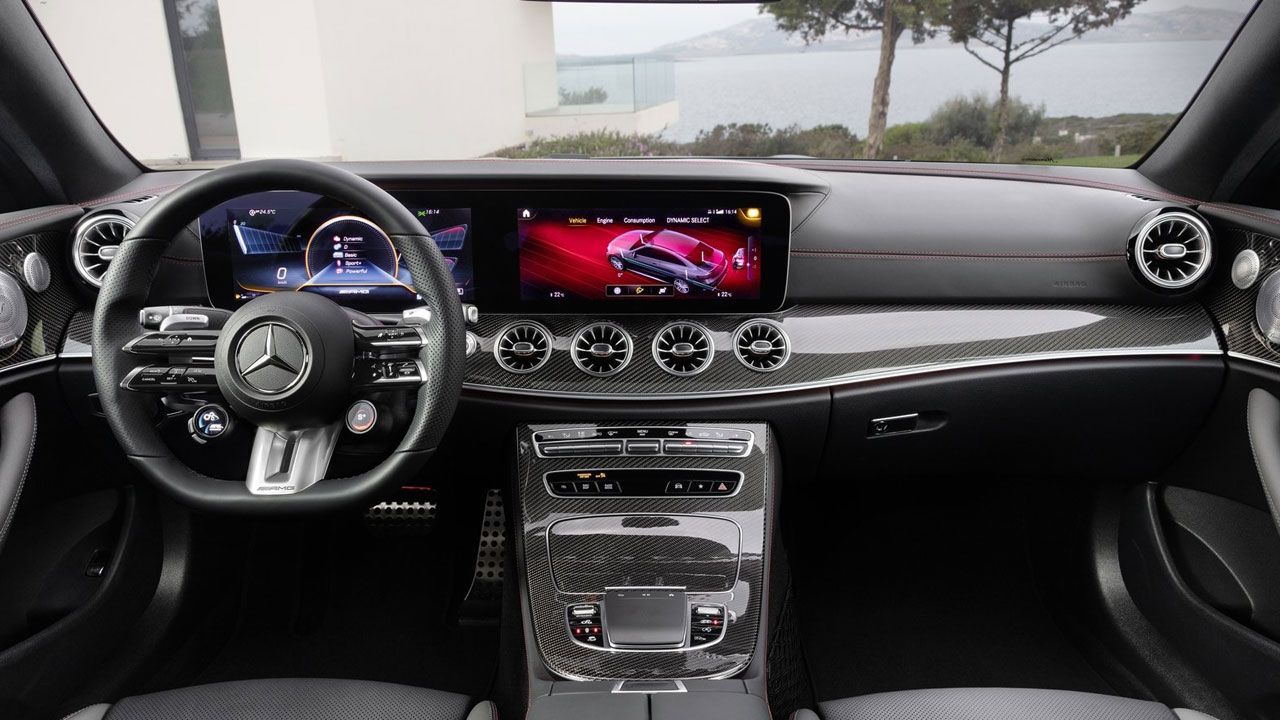 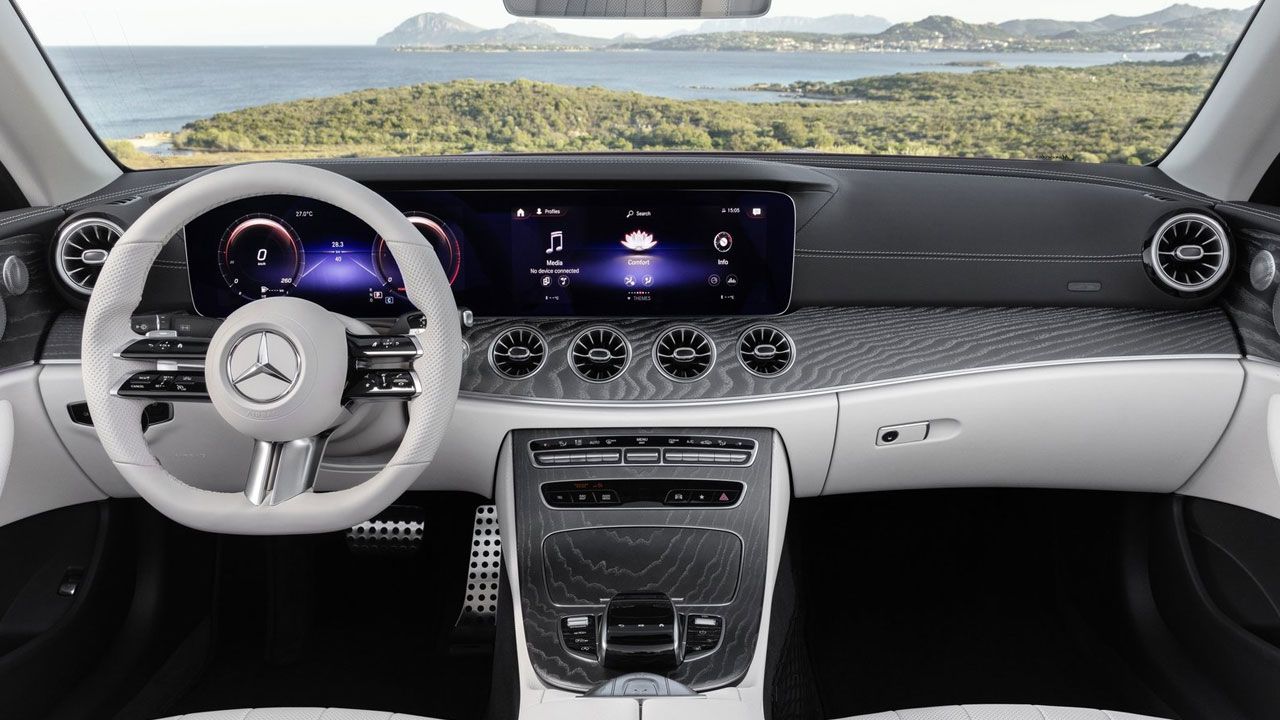 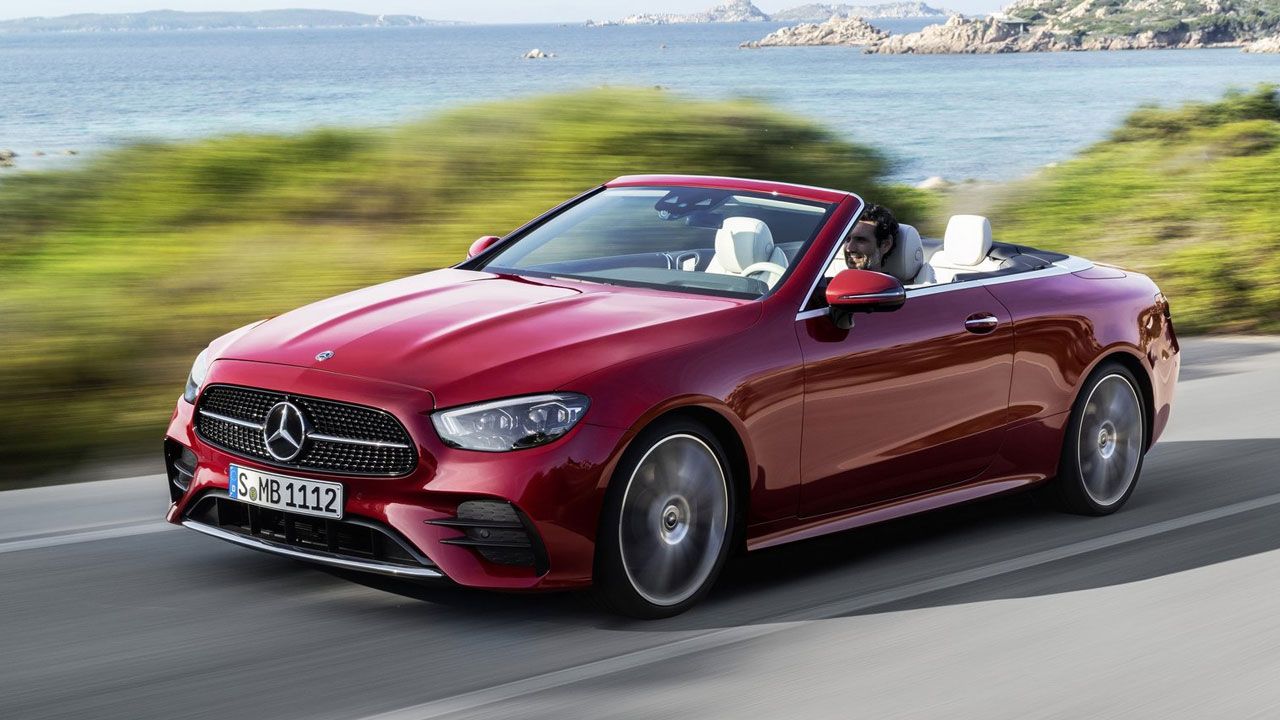 Mercedes-Benz’s E-Class has gone under the knife for a mid-cycle update which means that all the derivatives for the executive luxury car will also be given a once over. The latest iterations of the car to have been updated are the two-door coupe and cabriolet models. The biggest exterior updates for the car include the new and flatter all-LED headlamps which are offered as standard across the model range. The front grille for the car is a new unit too and has been given Merc’s latest diamond grille treatment for the standard models of the car. The higher-spec E53 4Matic models meanwhile get a more aggressive AMG-specific radiator grille with vertical louvres, along with red brake callipers. Both models get revised front bumpers with new spiller and air dam designs, along with new 5-spoke 19-inch alloy wheels as standard while optional 20-inch 5-spoke rims are also on offer. Around the back, both cars get new full-LED tail lamps while the AMG models get quad tailpipes finished in either silver to black as per the optional AMG Night package.

When it comes to the interiors, the updated models benefit from the brand’s new MBUX infotainment system with connected-car features that also offers a new Urban Guard anti-theft alarm system that can inform customers in real-time if the car has been moved or towed or in case of a parking collision. The MBUX system comes with a 10.25inch screen as standard with an optional 12.3-inch unit on offer. Both models also get a new digital instrument cluster. The cars also get a new steering wheel with new capacitive touch controls for a range of features. The bigger news on the steering wheel front is the hands-on sensor that can detect if a driver has taken their hands off the steering wheel for too long, in which case a range of warnings will be issued, post which the car will be brought to a halt with Emergency Brake Assist if the driver continues to remain inactive. The AMG E53 models get an AMG specific steering wheel with the choice of leather or microfiber.

On the powertrain front, the standard models are available in E220d (191bhp/400Nm), E220d 4Matic (191bhp/400Nm), E400d 4Matic (355bhp/700Nm), E200 (194bhp/320Nm), E200 4Matic (194bhp/320Nm), E300 (255bhp/370Nm) and E450 4Matic (362bhp/500Nm). The top version of the four-cylinder diesel models is now equipped with an integrated starter generator and a 48-volt mild hybrid system to boost fuel efficiency with a host of clever features which also includes a glide feature that turns off the engine when not required.  The system also has an EQ Boost function that can provide an additional power boost of 20bhp and 180Nm. In order to make the system as effective as possible, the OM 654 engine now has a longer stroke and consequently larger displacement (1993cc), the fuel injection pressure has been increased and the 9-speed transmission now accommodates the power electronics and the transmission cooler with a more compact design to make it lighter as well. This system has also been fitted to the six-cylinder petrol models.

The E-Class E53 AMG models meanwhile are powered by a 3.0 litre V6 petrol engine that’s good for 435bhp @ 6,100rpm and 520Nm is spread over a very usable 1,800-5,800rpm, which should make for a very meaty powerband. Like the standard car, these models too are equipped with Merc’s 9-speed automatic gearbox. This engine too is fitted with the 48-volt mild hybrid system which in this application can provide a boost of 21bhp and 250Nm. The Coupe will do 100km/h from standstill in 4.4 seconds while the heavier Cabriolet will take a marginally longer 4.6 seconds. Both cars have a limited top speed of 250km/h, which can be extended to 270km/h with the optional AMG Driver’s Package.

These 53 series E-Class AMG models get five driving modes - "Slippery", "Comfort", "Sport", "Sport+" and "Individual" while 4Matic all-wheel drive is offered as standard. The AMG Ride Control+ suspensions system features multi-chamber air suspension which alters the spring and damper rates continuously to provide a comfortable and sporty ride courtesy of its Adaptive Damping System, which can also be altered by the driving modes.