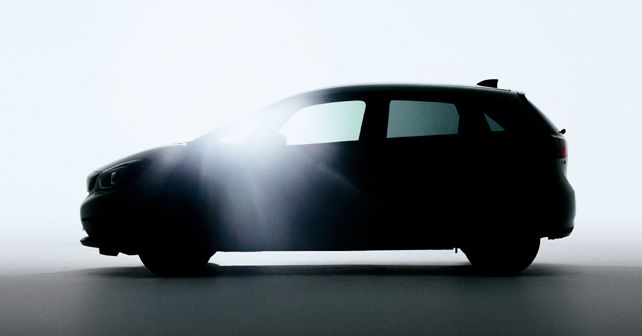 Set to be revealed on 23rd October, the fourth-gen Jazz will arrive, for the first time, with a hybrid powertrain.

In May 2019, we had brought you the first spy shots of the upcoming fourth-gen Honda Jazz caught by our international partner Quattroruote. Now, in the run-up to its official debut at the upcoming Tokyo Motor Show on 23rd October, Honda has dropped a teaser of the car that highlights its overall silhouette but gives away some interesting design details. The new Jazz is expected to get a wider set of tail lamps that extend onto the boot lid (LED units perhaps) & at the front, the design cues seem to be shared with Honda's new models, like the CR-V. The LED headlamp units feature a revised design & the front bumper gets a rather protruding lower lip.

As reported earlier, the new Jazz (billed as the 'Fit' in Japan) will come with a hybrid powertrain. What's interesting here is Honda's latest announcement, stating that it will be sold in Europe only with the new twin-motor hybrid powertrain. This hybrid powertrain is expected to use a reworked version of Honda's familiar Intelligent Multi-Mode Drive (i-MMD) technology. While the CR-V gets the same setup with a 2.0-litre motor, the Jazz is likely to get a smaller motor (1.5-litre or even a 1.2-litre unit). This is yet to be confirmed though.

Honda has stated that the new Jazz has been 'redesigned with the passenger at its heart...it will raise the bar in terms of comfort and driver enjoyment.' So, in terms of dimensions, expect the fourth-gen Jazz to be wider than its predecessor, with a more spacious cabin than before.

In other news, Honda has tied up with Orix India to launch its car leasing service in India.