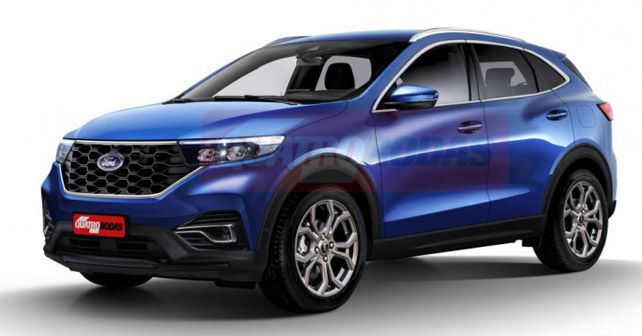 The first images of the next-generation Ford EcoSport have surfaced. The car will make its debut in Brazil in 2021.

Ever since Ford announced their joint venture with Mahindra in October 2019, the news has been hogging the limelight, at least when it comes to the Blue Oval in India. Well, it's 2020, and it’s time to turn to a new chapter. So, here we reveal the leaked images of the next-generation Ford EcoSport from Brazil. The SUV is expected to make its debut in the Brazilian market in 2021. 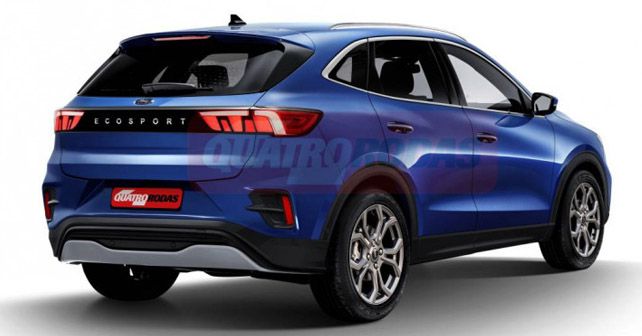 The EcoSport was launched in 2013 in India and created the sub-4 metre SUV segment here. The images of the all-new EcoSport reveals a drastic change in design. The compact SUV doesn’t come across as compact as the current one. It makes quite a sweeping statement with more curves-like crossover design and has fewer edges, unlike the current EcoSport, which is more rugged and butch. So, does this mean that Ford is eyeing the Kia Seltos and Hyundai Creta’s segment? At the moment, we can’t comment on this, but there certainly is a possibility.

Now, coming back to the new EcoSport, the first thing that grabs your attention is the typical in-your-face hexagonal front grille. With the double-barreled all-LED headlights, smart-looking LED daytime running lamps, muscular wheel arches, chrome finished fog lamps, and underbody cladding, this contemporary-looking SUV has quite a road presence.

From the side, there’s heavy black cladding that runs across the body from the wheel arches, below the doors all the way to the rear bumper. At a glance, you could mistake the new EcoSport for its elder sibling, the Kuga.

The EcoSport’s rear design will attract a lot of attention as it has a bit of a Land Rover and Tata Harrier's design layout, with a thick black band running between the new LED tail lamps with EcoSport inscribed on it. The new SUV also boasts the silver-painted faux skid plate.

Sadly, we can’t really talk about the interior, as these leaked images are only of the exterior of the EcoSport, but it is expected for the size of the SUV to increase, which should translate into a more spacious cabin. Apart from this, it is also expected to get a larger touchscreen infotainment system with Sync4. According to reports, in Brazil, the EcoSport will be powered by a 1.5-litre, 3-cylinder petrol engine, which produces 135bhp.

The current generation EcoSport in India is available in three powertrains – 123bhp 1-litre turbo petrol, 121bhp 1.5-litre petrol, and 99bhp 1.5-litre diesel, and we expect the three to continue to power the new EcoSport with tweaked outputs.