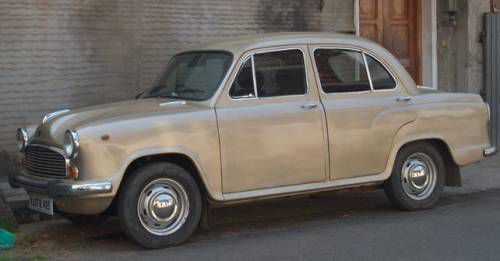 The Hindustan Ambassador may well be running on the Indian roads for the past 60 years now but, it’s still capable of hitting the headlines. The latest bit of news about the iconic car is this – Hindustan Motors, which is owned by CK Birla group, has sold the Ambassador brand to France’s PSA Group. As per the company, the whole deal was closed for a nominal sum of 80 crore rupees.

The Ambassador was India's first mass produced vehicle, and to date, it holds the record of being the longest produced car in the world (1958-2014). Thanks to its use by politicos and prestigious people of the country, the Ambassador also became a status symbol over all the years of its existence. Although it's a different story that most of the Ambassadors running on roads today are taxis.

With the change of ownership, though, the Ambassador nameplate could make a comeback in the future. You see, PSA Group recently signed a partnership deal with CK Birla group of India. The French Group, which comprises car brands like Peugeot, Citroen and DS Automobiles, is planning to re-enter the Indian market in a big way by 2020. It plans to set up its plant in Tamil Nadu with an initial investment of Rs 700 crore. The annual production of the plant will be capped at 100,000 units, initially. All of this means that we’ll be getting a lot of new cars from France in a soon while. And since the group now also has the ownership of the Ambassador brand, it may revive the iconic car in an all new form and shape – perhaps, something like this Peugeot 206 from an early 2000 commercial. Albeit, we'll surely want better fit and finish levels than that...