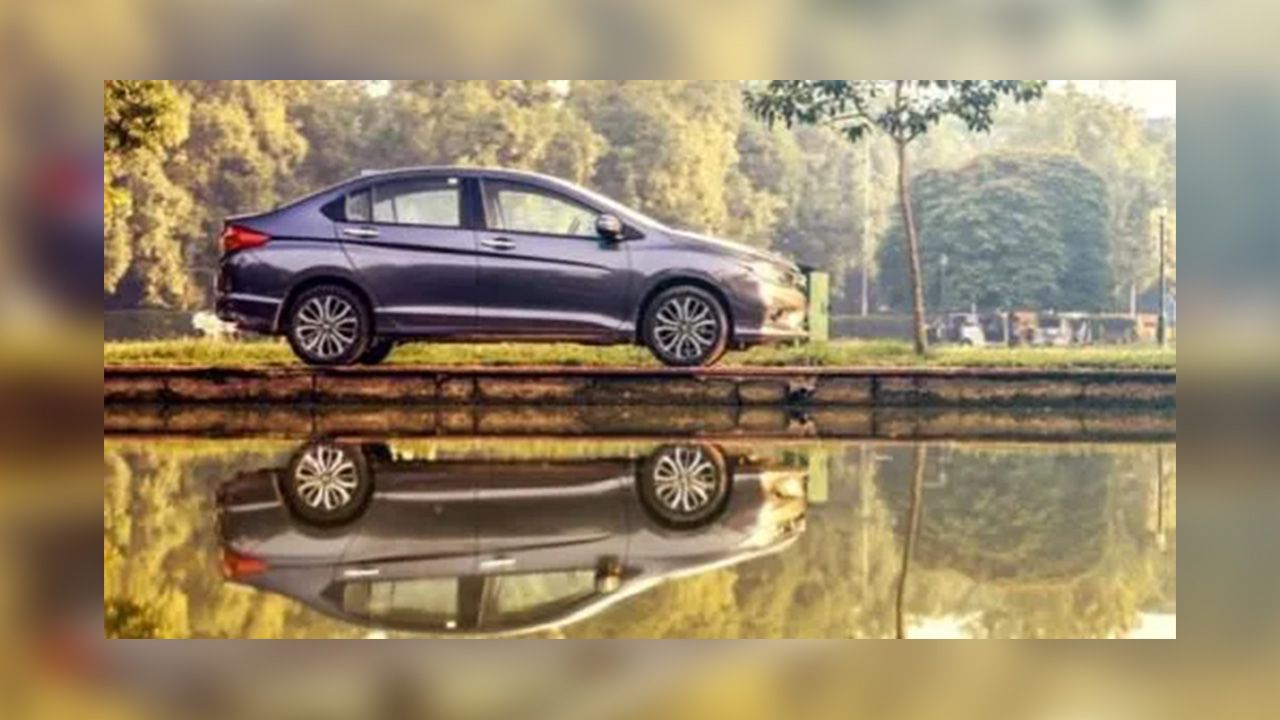 Honda claims that 25 per cent of City’s current global sales come from India, making it the largest market for the mid-size saloon.

Now in its fourth generation, the Honda City has achieved the cumulative sales target of 7 lakh cars in India.

Originally launched way back in 1998, the City immediately became popular among the mid-size saloon buyers. Subsequent generations of the car were launched in 2003, 2008 and 2014. While the City was available only in petrol avatar until the third generation model, the four generation also introduced a diesel option to widen the City’s customer base.

The original Honda City was renowned for its sharp driving dynamics, which combined with the available free-revving VTEC motor, made it a hot favourite among the enthusiasts. The second generation City, popularly called Dolphin, was a completely different take on the car, with its main focus being space and fuel economy.  The third generation model debuted Honda’s new i-VTEC technology, and brought some of the first generation City’s driving character back, without compromising on comfort or economy.

The current generation City got with it Honda’s i-DTEC diesel engine, which the Japanese company badly needed to target those customers who clock high monthly kilometers. Furthermore, Honda also introduced petrol CVT option with this car.

Speaking about the milestone achievement by Honda City in India, Yoichiro Ueno, President & CEO, Honda Cars India Ltd said, “Honda City is our bestseller model in India and the only premium sedan to achieve cumulative sales of 7 lakh units in the country. With a strong legacy of four generations, the City brand has evolved with the changing tastes and aspirations of our customers. We thank all our City customers for their patronage of the brand”.

As of 2017, the City is the most expensive mid-size saloon, but still remains a strong seller. In September, Honda sold 6,010 units of the City in India, while its more affordable competitors, Verna and Ciaz, sold 6,054 and 5,603 units respectively. 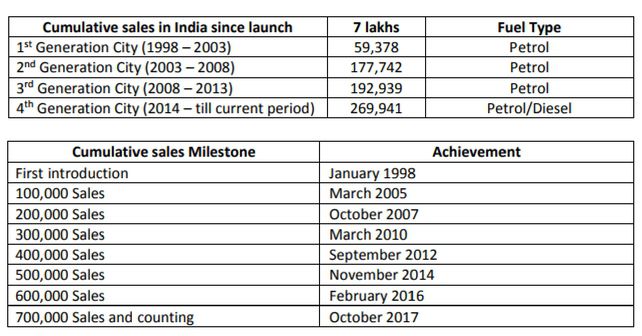