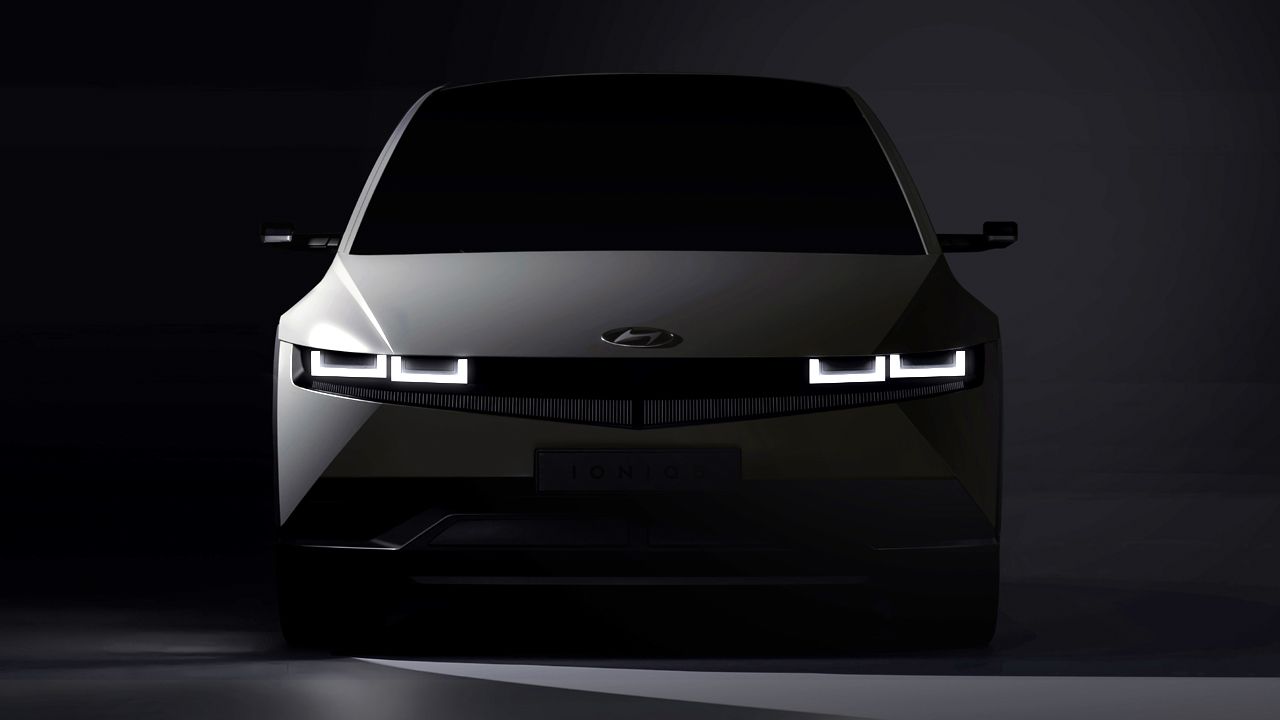 The Hyundai IONIQ 5 electric CUV is headed for a digital global reveal next month.

In August last year, Hyundai christened its new dedicated sub-brand for EVs the 'IONIQ'. At that time, it was confirmed that the first production-ready IONIQ model – the IONIQ 5, based on the 45 Concept – will make its global debut in early 2021. And now the time has arrived, as Hyundai is officially building up to its reveal by releasing teasers of the model. Though the teasers are only computer-generated images, they still give us a pretty clear idea of what to expect from IONIQ 5's design philosophy. 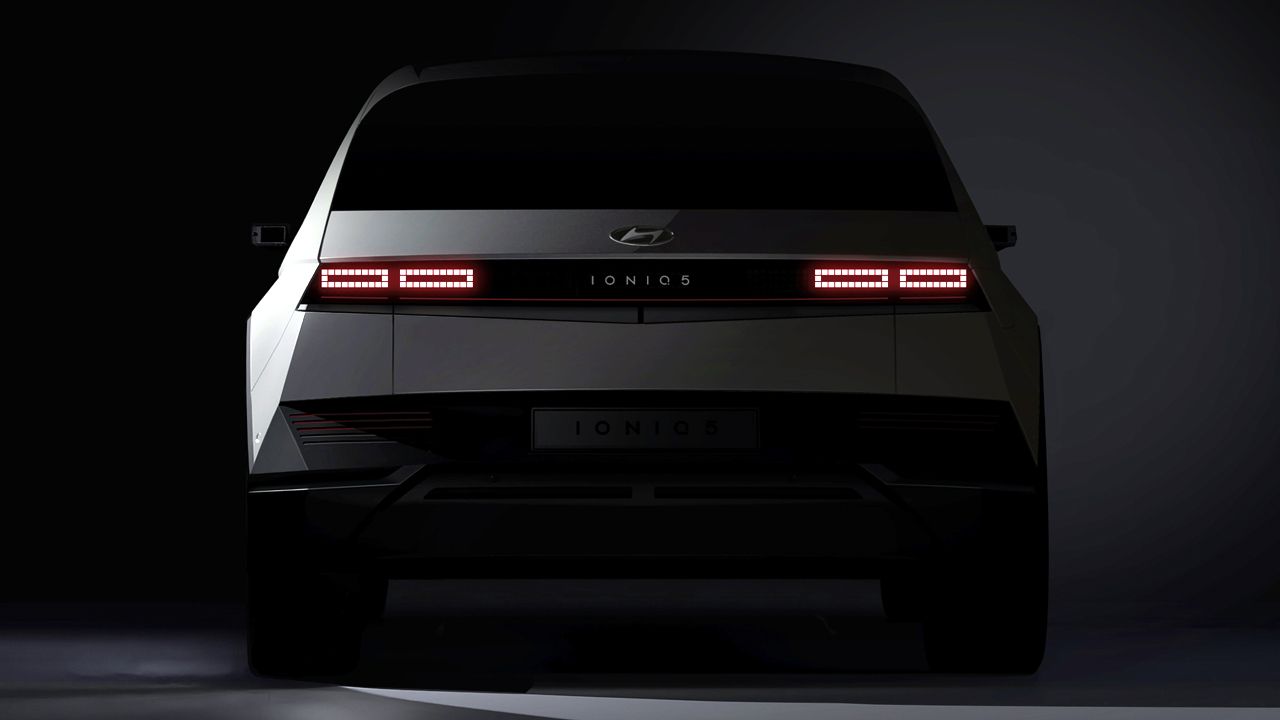 With the IONIQ 5, Hyundai seems to have given the 'Parametric Pixel' design feature utmost importance. The four U-shaped DRLs at the front and the four rectangular-shaped taillamps all take their inspiration from the humble pixel, the 'smallest unit of digital imaging' – Hyundai's way of conveying the IONIQ 5's tech-savvy nature in a digital world. 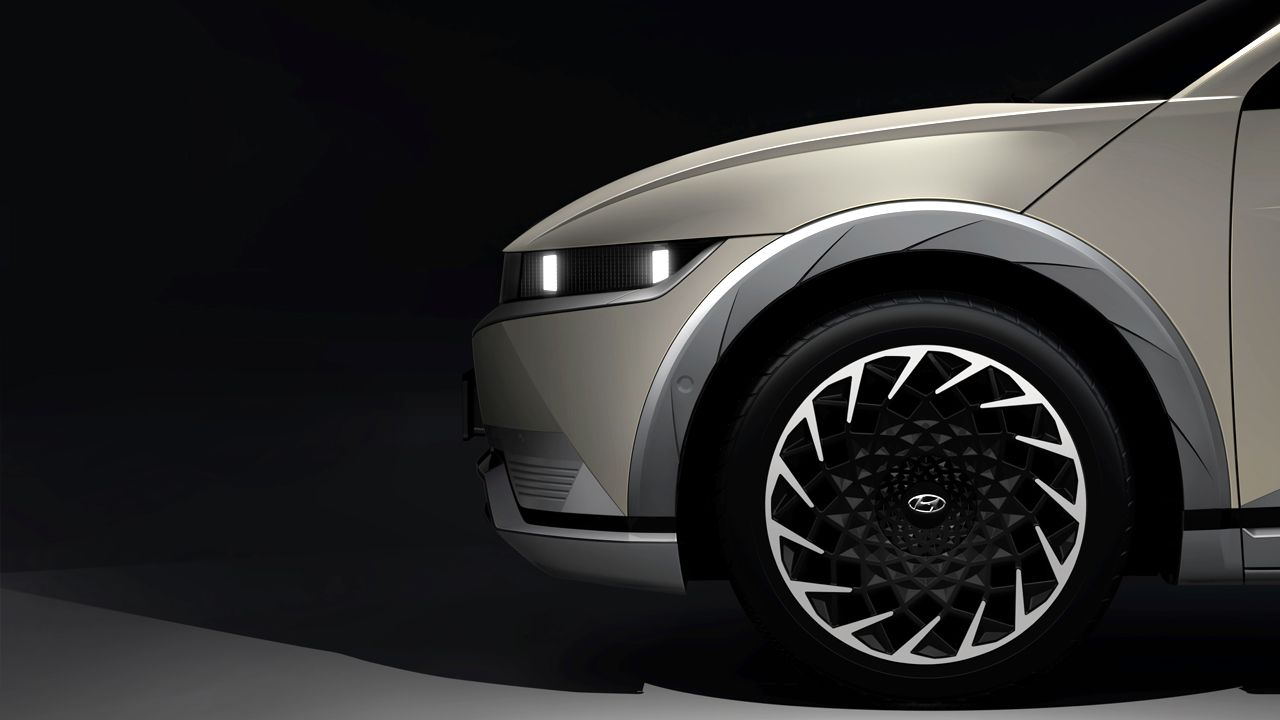 The third teaser gives a pretty clear glimpse of the IONIQ 5's wheel design, which seems to be the blend of a turbine-like design with the parametric pixel theme. Speaking of wheels, these aero-optimised units measure 20 inches in diameter, making them the biggest wheels ever fitted to a Hyundai EV. Another important detail shown in the teaser is IONIQ 5's clamshell bonnet – a first for any Hyundai model. According to Hyundai, it 'minimizes panel gaps and creates a clean and high-tech overall look.'

Apart from championing the Parametric Pixel design theme, the IONIQ 5 is more crucial for Hyundai from another aspect – it will be the first Hyundai EV to be based on the brand's all-new Electric-Global Modular Platform (E-GMP), the future architecture of all Hyundai Motor Group EVs. You can read all about Hyundai's E-GMP here.