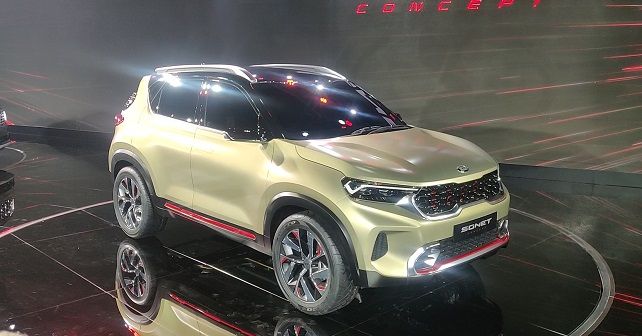 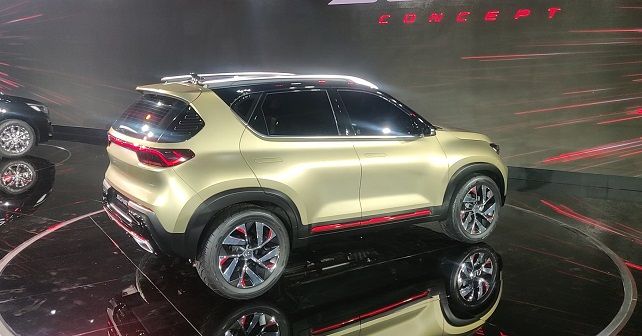 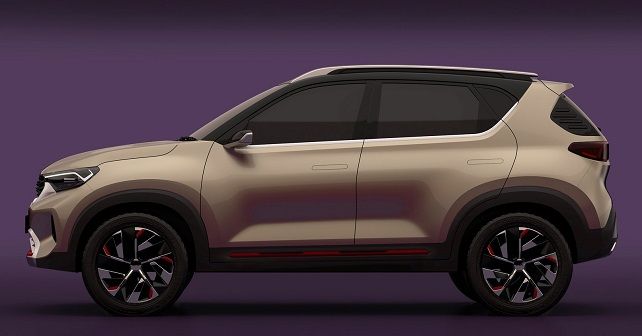 Here's everything you need to know about Kia's all-new sub-4m compact SUV – the Sonet.

After tasting success with the Seltos and Carnival, Kia’s next offering in India will be the Sonet compact-SUV. The Sonet made its global debut in concept form at the Delhi Auto Expo in February 2020. When launched, it’ll compete with the likes of Ford EcoSport, Hyundai Venue, Maruti Suzuki Vitara Brezza, Mahindra XUV300, & Tata Nexon.

Here’s what’s expected from the Sonet upon its launch in India,

As was seen with the Seltos, the Sonet is also expected to retain the suave and rugged design of the concept model in production form. In fact, in many ways, the Sonet looks like a smaller version of the Seltos – the front-end design is quite similar as it features Kia’s signature Tiger Nose grille and sleek headlamps. The bumper has a muscular design, featuring a radiator grille honeycomb pattern and large air dams with silver accents. Around the side and back, the design is cohesive and the Sonet looks proportionate and attractive. The LED tail-lamps look very good, too. On the design front, the Sonet definitely has all the makings of a winner.

While Kia hasn’t revealed the interior of the Sonet, it’s expected to feature a similar cabin layout and theme as that of the Seltos, albeit with some tweaks here and there. Feature-wise, the Sonet will get the same 10.25-inch touchscreen infotainment system as that of the Seltos, which will make it the largest touchscreen in the sub-4m compact-SUV segment. The system will allow Apple CarPlay and Android Auto connectivity and will have a Bose sound system. Wireless smartphone charging, ventilated front seats, cruise control, and more creature comforts are likely to be offered as well.

The Sonet will be based on the same platform as the Hyundai Venue, and as a consequence, it’s expected to offer the same set of powertrains. On offer in the Sonet will be three engine options – 1.2-litre petrol, 1.0-litre turbo petrol, and 1.5-litre diesel (the same diesel engine also does duty in the Seltos and new Creta). In the Venue, the 1.2-litre petrol engine is rated at 82bhp and develops 115Nm of torque and comes paired to a 5-speed manual gearbox. And the turbo petrol engine churns out 118bhp and 172Nm and is offered with a 6-speed manual and a 7-speed dual-clutch automatic transmission. The diesel engine produces 99bhp and 240Nm and is paired to a 6-speed manual gearbox. All the engines are BS-VI compliant. The Sonet is expected to feature the same engine/gearbox options, but it’s reportedly going to a get a diesel-automatic version as well. This version is likely to have the same 6-speed AT as the diesel Seltos.

The Kia Sonet is expected to be launched in August 2020. However, given the current circumstances and lockdown, owing to Covid-19 pandemic, it may get delayed.

The Sonet is expected to be priced between Rs ₹7 lakh and 12 lakh (ex-showroom).