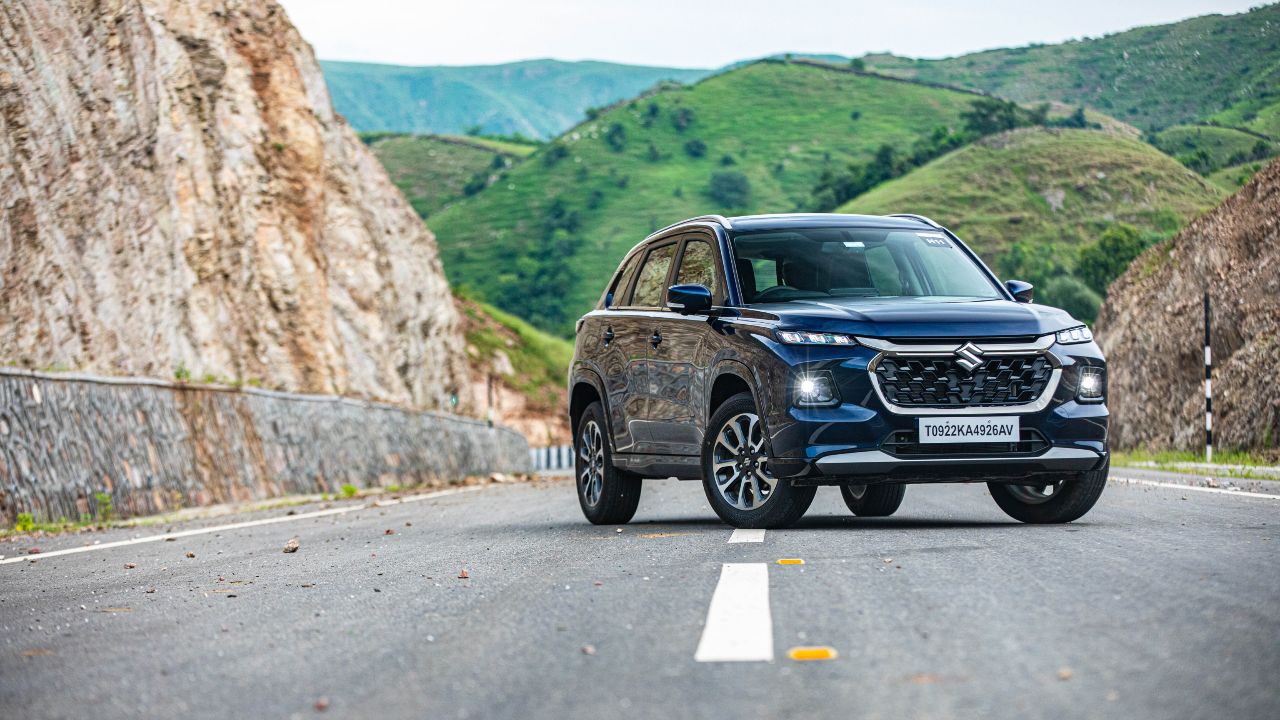 Maruti’s Grand Vitara name-plate now not only promises adventure with AWD, but excellent fuel efficiency as well due to the strong-hybrid setup!

India’s most prominent carmaker Maruti Suzuki has today launched the Grand Vitara, a compact SUV, that will take on the likes of Hyundai Creta, Kia Seltos, Volkswagen Taigun and Skoda Kushaq. Maruti has however differentiated the Grand Vitara from the others in the segment (apart from the Toyota Urban Cruiser Hyryder) by offering it with strong hybrid technology and AWD! The Grand Vitara is now the halo product for Maruti Suzuki in the Indian market.

As far as demand goes, bookings for the SUV has been ongoing for a token sum of Rs 11,000, and according to Maruti, they have already crossed the 55,000 unit mark. Rest assured, if you make a booking now, you will have to wait it out for close to 6 months at least to receive delivery.

What makes the Grand Vitara so special is the hybrid tech (borrowed from Toyota) underneath the bonnet. There is a 1.5-litre, three-cylinder petrol engine, that runs on the Atkinson cycle. It has been mated with an electric motor, and together, they both power the front wheels. As this is a strong hybrid setup, the Grand Vitara is capable of electric-only drive. The only transmission on offer is a CVT, and the drive only goes to the front wheels.

There is another 1.5-litre engine on offer, but this one has come from Maruti’s own stable. It too is offered with a mild hybrid setup, one we have already seen on other Maruti cars like the Brezza. What we have not seen before is the presence of AWD, which makes this version of the Grand Vitara rather special too. Transmission options include a five-speed manual and and a six-speed automatic (torque converter), but the AWD can only be had with a manual transmission - not that we are complaining!

In terms of features, the Grand Vitara is loaded with a 360-degree camera, a head-up display, a panoramic sunroof, wireless charging, connected car tech, six airbags, ESP and a tyre pressure monitoring system, among other things.

In the grand scheme of things, Maruti is asking for Rs 50,000 more compared to the strong hybrid versions of the Toyota Urban Cruiser Hyryder and Rs 20,000 more for the mild-hybrid ones.