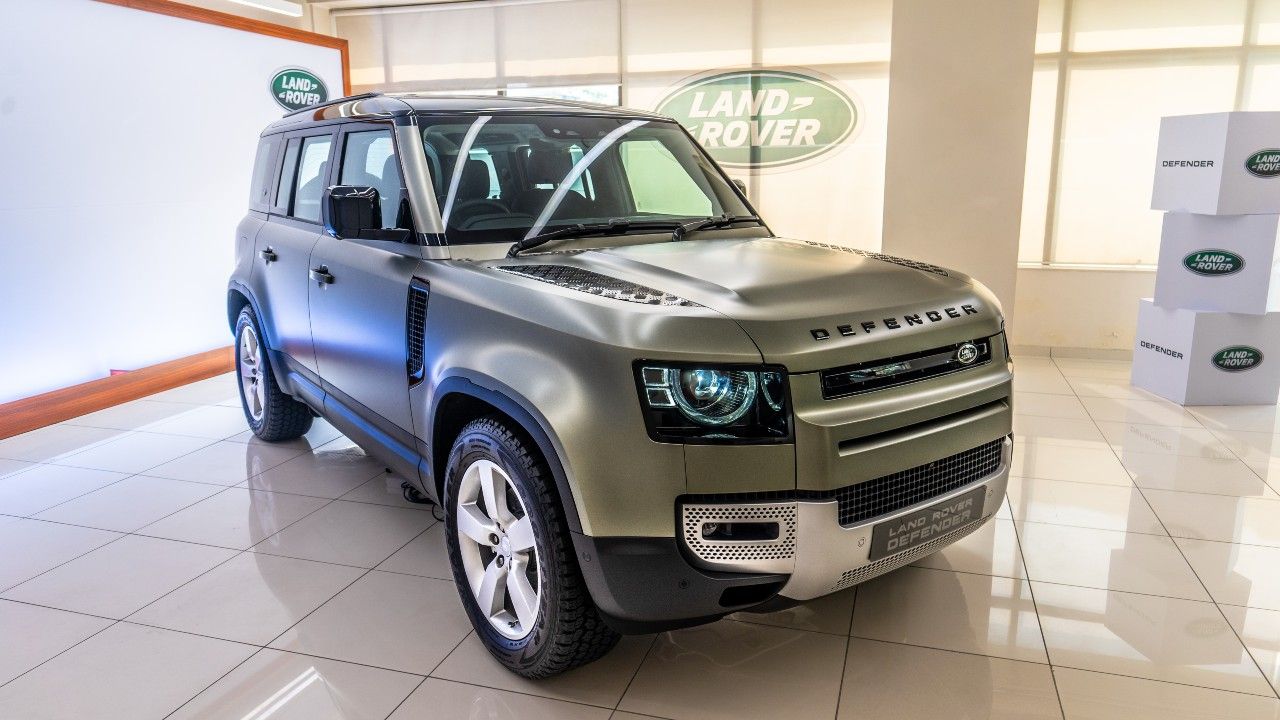 Land Rover announced the pricing of the Defender earlier this year in February, and have commenced the deliveries of the Defender 110 today. We recently got a chance to take a closer look. Here’s a quick preview…

The Land Rover Defender is a car that needs no introduction. The Defender took birth in 1947 in the mind of Maurice Wilks, technical director of Rover, who noticed the need for a rugged vehicle primarily for British countryside use. It was first presented at the Amsterdam Motor Show in 1948. Of course, back in the day it was simply called Series 1 – in fact, this car only got the Defender name a lot later. But enough with the history lesson, let jump straight to the all-new Defender. 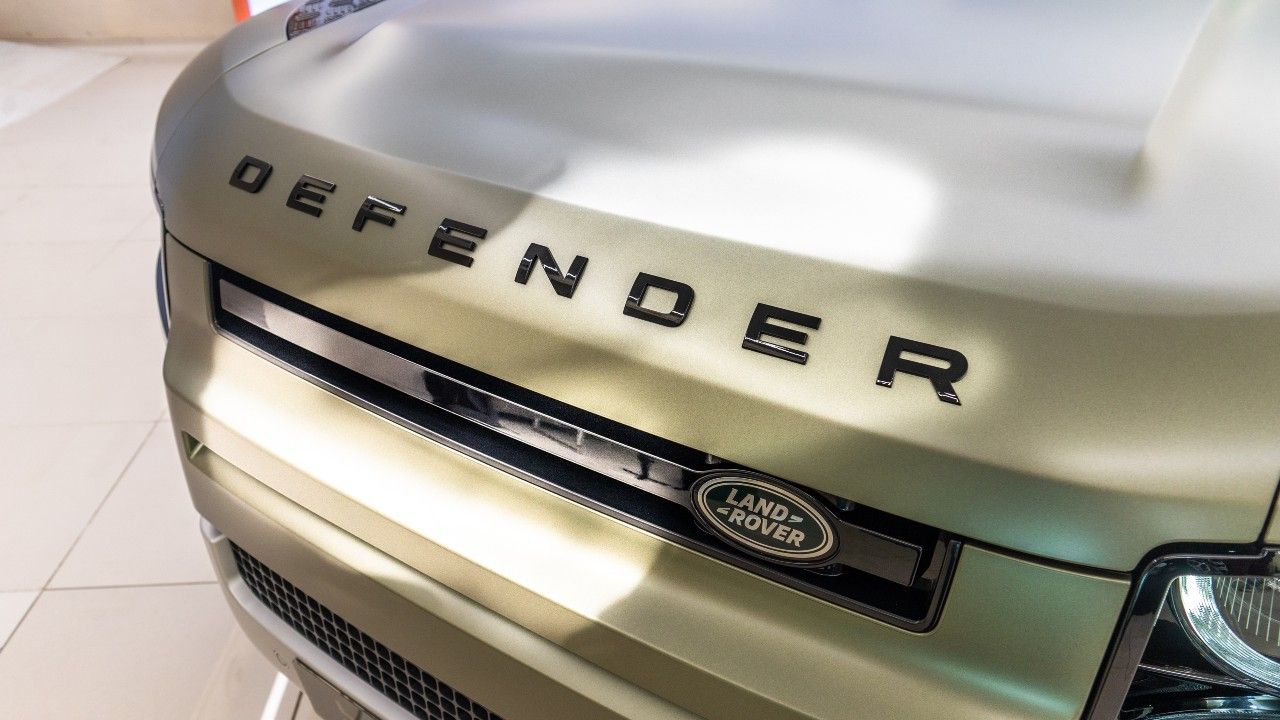 The all-new Defender that we have here, is a modern take of the boxy design of the previous avatars. At the front, it gets LED headlights with semi-circular DRLs. The higher end HSE and First Edition trims get the Matrix LED headlights while the lower ones get the standard LEDs. Ever since its global unveiling the grille has been most controversial part of the Defender’s design. The front-end looks a bit too busy now and in my opinion has also gone softer in its overall appeal. 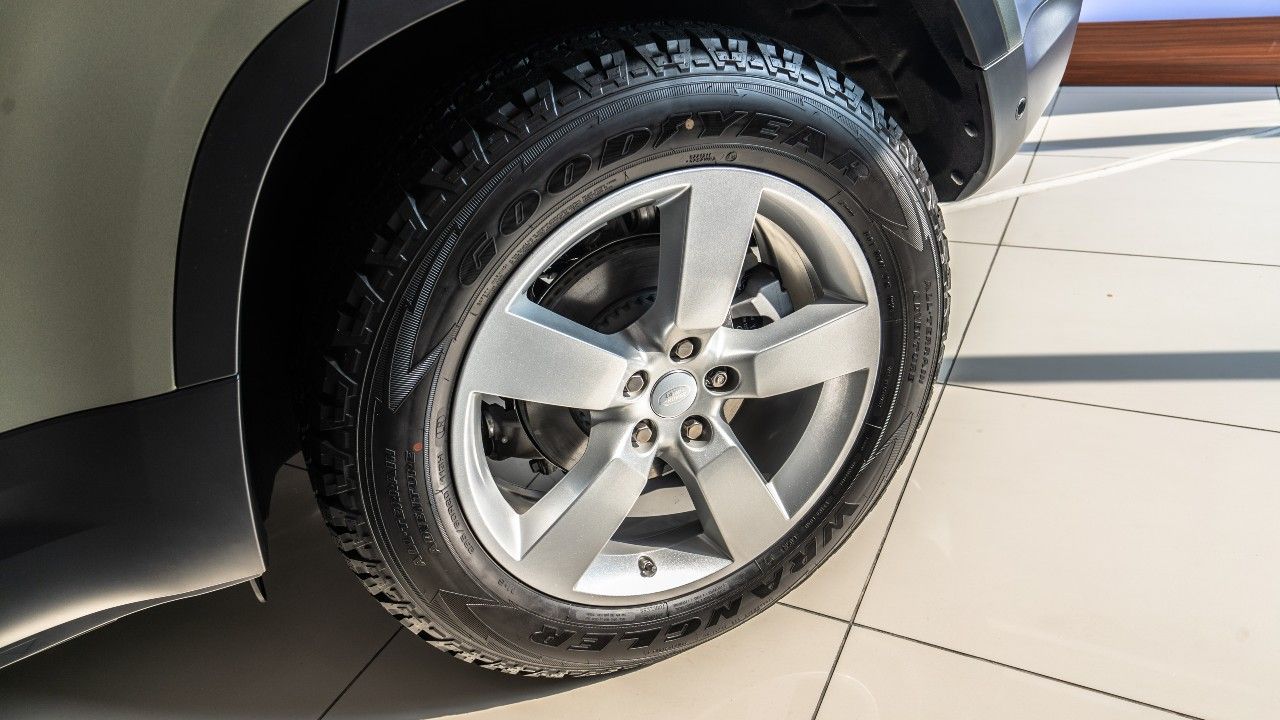 Move along to the sides and you will notice that the new Defender now looks a bit curvier than before. While the previous iterations had a distinct shoulder and large flared wheel arches, the new one has a relatively subtle line above the door handle and the wheel arches are also smoothly integrated into the design. Around the back, you get a tailgate mounted spare wheel and squared LED taillamps. In terms of dimensions, the 5-door Defender 110 is just over 5 metres in length while the 3-Door Defender 90 is 4.5 metres. Needless to say, the Defender 110 also has a longer wheelbase. Land Rover offers the Defender with four style packages – explorer pack, adventure pack, country pack and urban pack, and also a bunch of driver assistance system and accessory options. 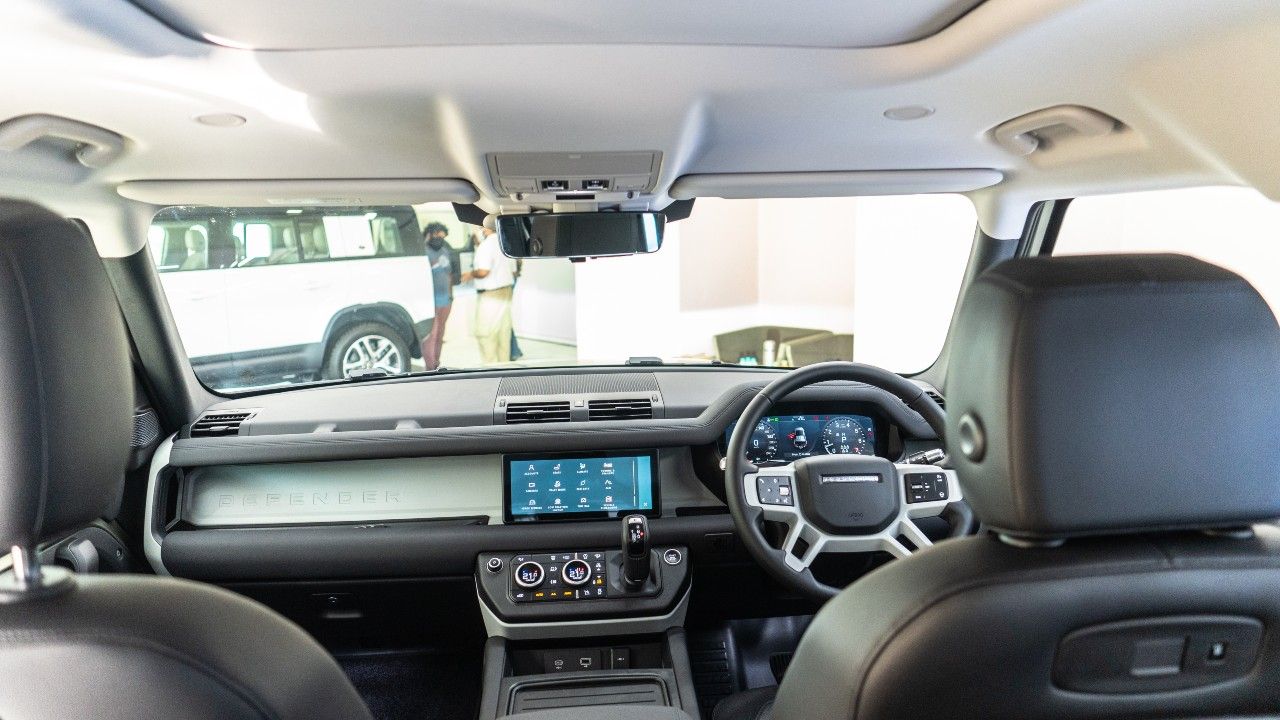 On the inside, the Defender is unlike any other Land Rover on sale. With the exception of the climate control knobs and a few other elements like the digital instrument cluster, the Defender shares nothing with its siblings. The vertically oriented dash is well built and gets air-con vents at the top. The 10-inch central touchscreen sits flush in the dashboard. The centre console gets a whole bunch of buttons right from the Terrain Response System to the Climate control. The Defender also gets some nice retro touches in the form of the exposed allen bolts. Interestingly, with the gear lever and positioned at the top, you can have the centre panel replaced with a jump seat – it isn’t a switch that we’d recommend though. The steering wheel is exclusive to the Defender as well. Unlike the other Land Rover models that get touch controls on the steering wheel, this one gets physical buttons. 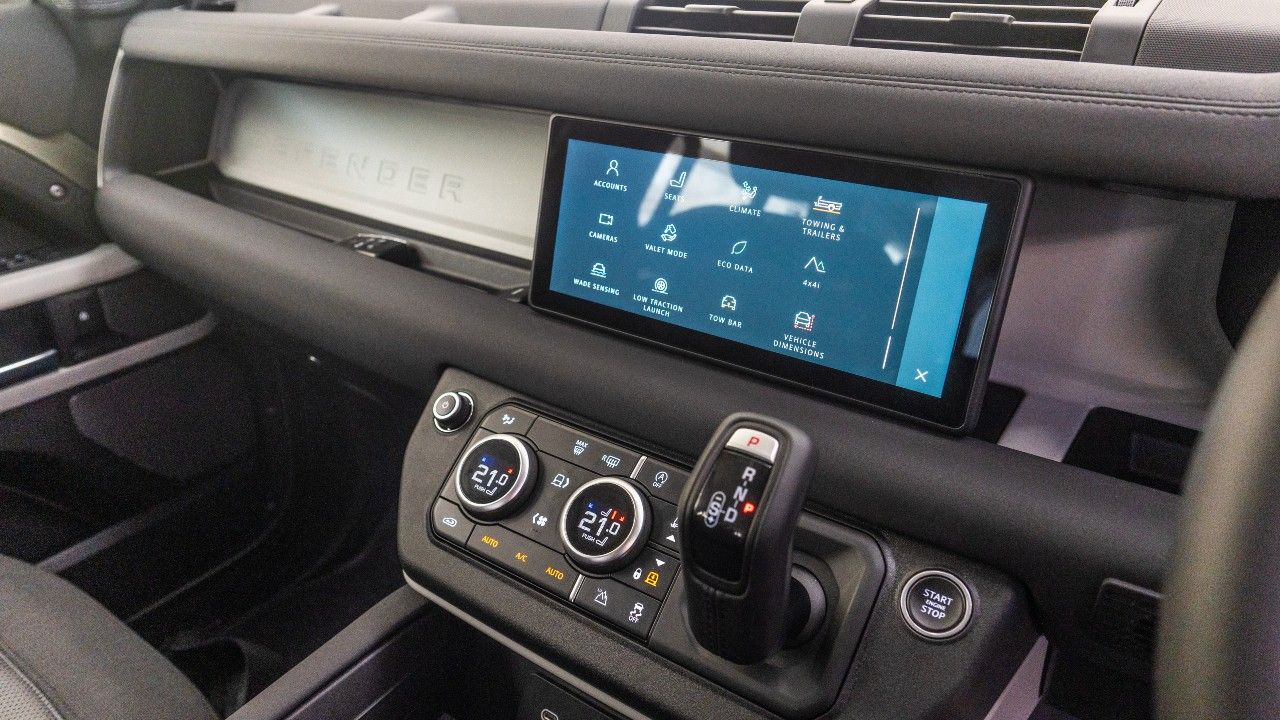 As far as space goes, the Defender 110 is an extremely long car and it shows on the inside too. Second row passengers get ample of room for the leg, knees and the head. Under-thigh support is impressive too. For increased comfort, Land Rover has also given it a reclining second row. The Defender is also offered with a third row of seating but it is more of a 5+2 than a hardcore 7-seater. 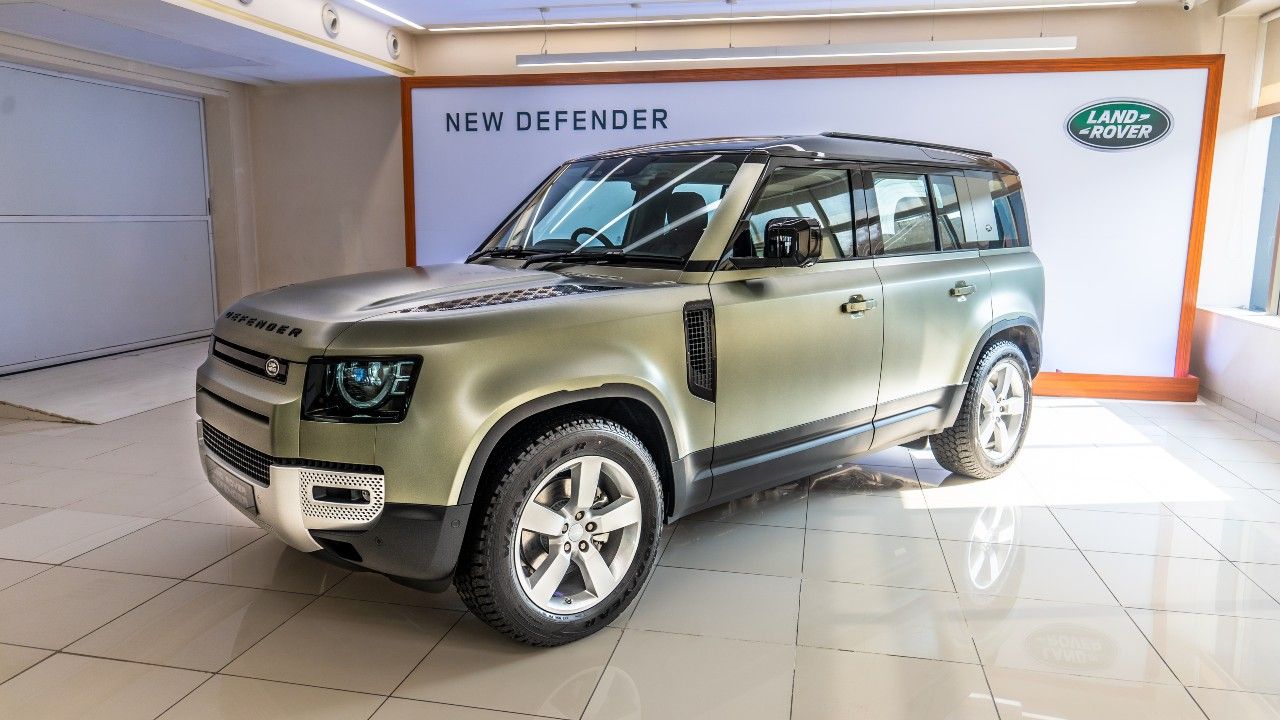 Aside from all the changes to the exterior, interior and technology, the biggest change in the Defender is that it is now based on a monocoque chassis – the older models were based on the traditional ladder frame chassis. Under the hood, too is the new P300 motor that develops 296bhp and 400Nm from a 2.0-litre petrol trim. Land Rover claims that the Defender can get to 100km/h in just 8 seconds and record a top-speed of 191km/h. Facts aside, we really can’t tell much about its performance because we haven’t driven it yet. But we will be driving it soon to bring you a detailed review. In the meantime, feel free to drop your questions about the new Defender in the comments section and we will try and answer them when we do a detailed review.