Nissan Terrano hits the end of the road 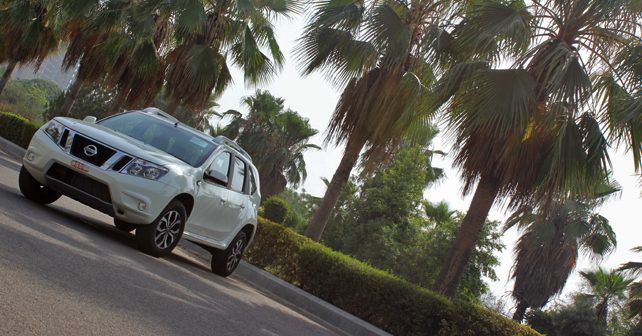 Nissan India has removed the Terrano from its website, meaning it’s the end of the road for the SUV in the country. Launched in 2013, the Terrano was based on the Renault Duster, however, it never really turned out to be a sales success for the Japanese automaker. With the BS6 norms coming into force, it isn’t really a surprise to see the Terrano disappear from the company’s website now.

The Terrano was available in both petrol and diesel versions. The former was powered by a 1.6-litre four-cylinder petrol engine which produced 103bhp and 148Nm of torque, while the diesel version came with a 1.5 itre four-cylinder engine that was offered in two states of tune – 84bhp/200Nm and 109bhp/243Nm. The petrol and 84bhp diesel versions were offered with a 5-speed manual gearbox, while the 109bhp diesel was available with a six-speed manual or a six-speed AMT.

While Renault launched the Duster BS6 with a petrol engine recently, Nissan doesn’t seem keen on updating the Terrano. Instead, the company will focusing on the upcoming 2020 Kicks, which is going to be powered by a new 1.3-litre turbo petrol engine. This engine is rated at 153bhp and develops 254Nm of torque. When launched, the 2020 Kicks will be the most powerful vehicle in its segment. However, Nissan will only be offering it with a CVT automatic transmission. There’s no mention of a manual transmission on offer as yet.

Updated Nissan Kicks to get a 1.3-litre turbo petrol heart