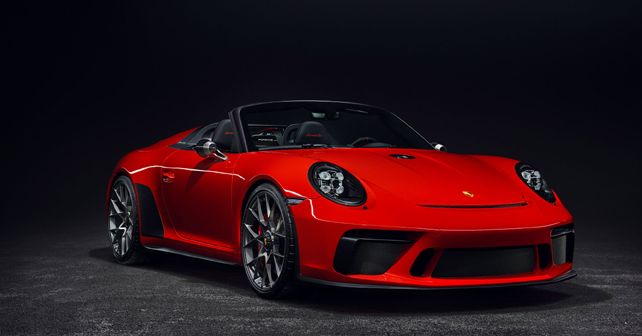 Entering production in 2019, the 911 Speedster will become the brand's first-ever model to be offered with Heritage Design Packages for more customisation options

Porsche has revealed its plans to put the Porsche 911 Speedster Concept into production in the first half of 2019. While the original concept car was presented on 8th June 2018 in Zuffenhausen as a 'Heritage' version, the production-spec model is based on a 911 Carrera 4 Cabriolet bodyshell. The new two-seater concept has been built as part of Porsche's 70th-anniversary celebration, and it will also mark the end of the current-generation 911's production run. However, the 911 Speedster will see a limited production run – just 1,948 units, to be precise. 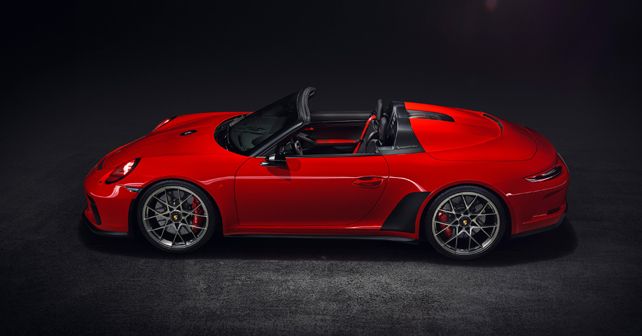 In addition to the 'Guards Red' exterior colour, which is a reference to the original 911 Speedster of the G-Model generation from 1988, the new cross-spoke 21-inch centre-lock wheels are another visual highlight of the concept study presented at the ongoing Paris Motor Show. Also, the retro-styled, 'Talbot' shaped door mirrors and the fuel filler cap are finished in dark chrome for an overall contrast. While the original concept car was designed with light brown Aniline leather upholstery, the production-spec model will feature partly perforated black leather finished in red stitching. 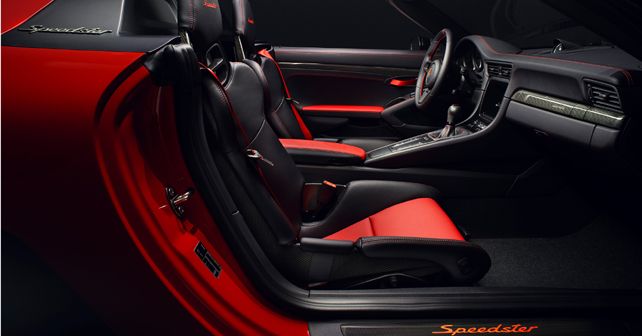 Staying true to the tradition, the 911 Speedster will not come with a folding fabric top like the 911 Carrera 4 Cabriolet it’s based on. Neither will it feature a folding hard-top. Instead, the Speedster will come with a lightweight Tonneau cover which is snapped onto the body with some Tenax buttons. For a heart, the new car will feature a naturally-aspirated flat-six motor borrowed from the 911 GT3, churning out close to 493bhp and capable of revving up to 9000rpm. It'll be mated to a six-speed manual gearbox. 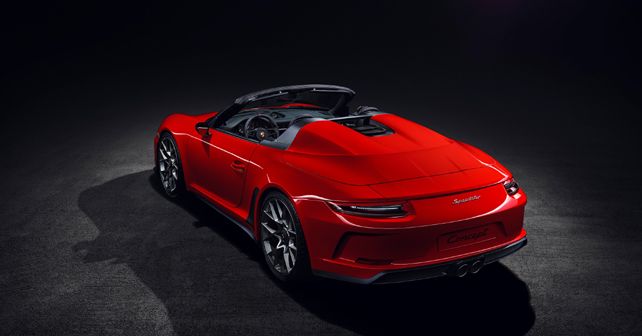