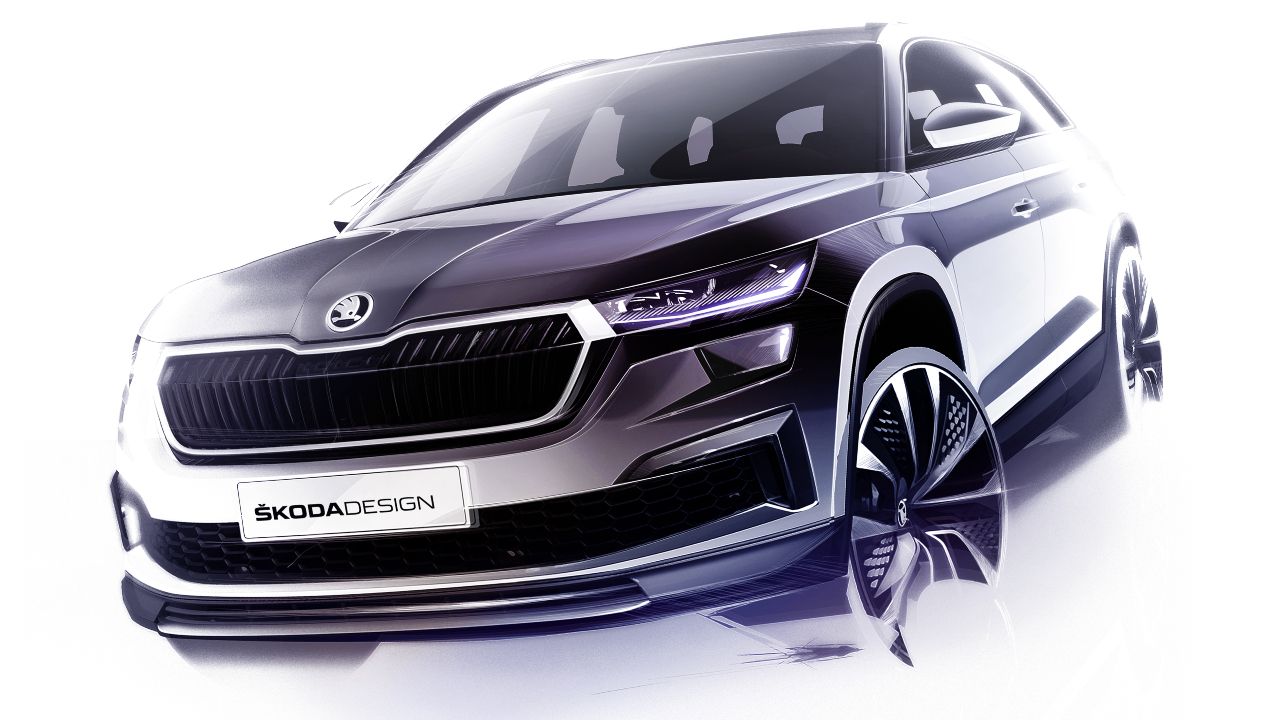 In a host of SUV showcased by Volkswagen India, Skoda had just teased the design sketches of the facelift 2021 Kodiaq 7-seater SUV. The Skoda Kodiaq will be positioned alongside the Volkswagen Tiguan AllSpace

With a surge of SUVs hitting the Indian market from the German manufacturers, Skoda has gone ahead and teased the facelift Kodiaq that will be showcased on April 13, 2021. For now, we have to make do with the design sketches that the company has handed out.

Not much is seen in the pictures other than the new Skoda sporting design elements that we’ve seen on the Kushaq. We strongly believe the Kodiaq 7-seater SUV could sport a more mature design language, however, inspired by the Kushaq. 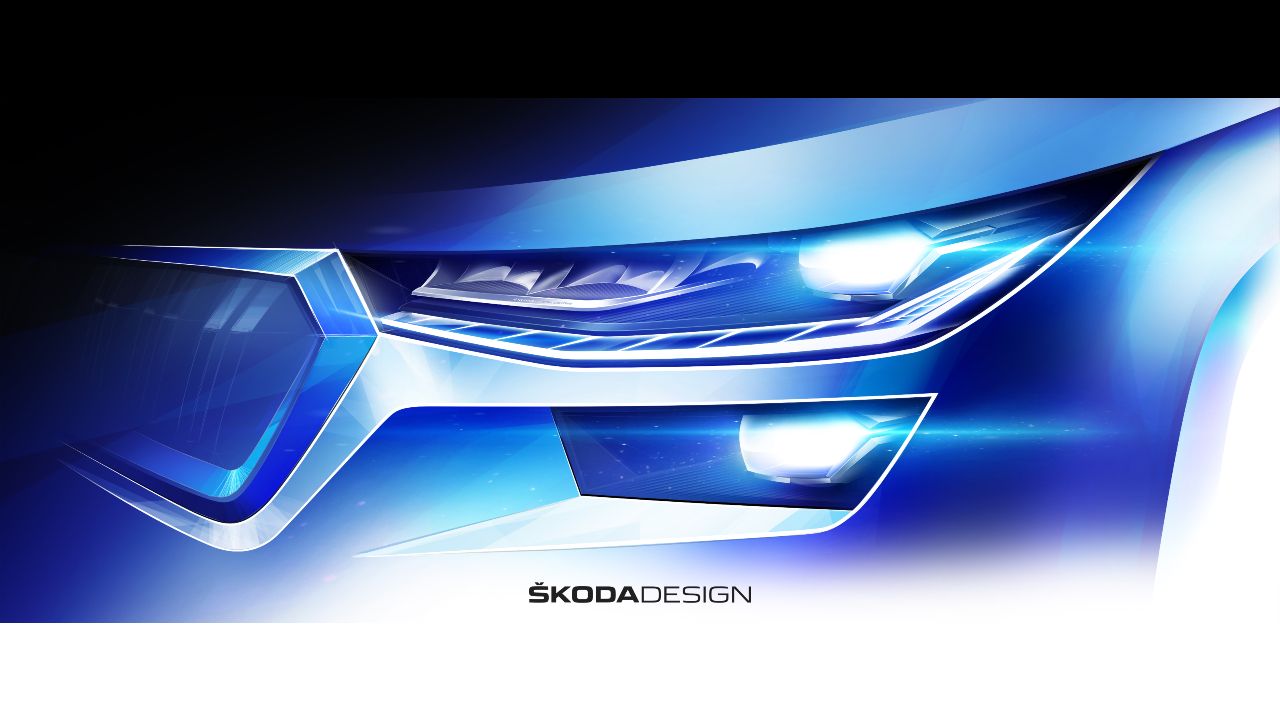 The grille that design sketches showcase, gets vertical slats and a chrome surround. Something similar to what we’ve seen on the previous SUV, but this time the proportions could be tweaked to complement the new design language. The headlamp assembly is slimmer than before and is an all-LED. The side profile will largely be the same, but the SUV could sport a new set of alloy-wheels when it is launched in India. With a new fascia, Skoda has updated the rear end in bits and pieces. The tail lamp assembly is new and exhibits sharp lines and the rear bumper is expected to be redesigned.

Inside, the cabin is largely expected to be the same as the previous Skoda Kodiaq, however, the steering wheel could be the two-spoke unit that we also observe in the Kushaq and 2021 Superb. 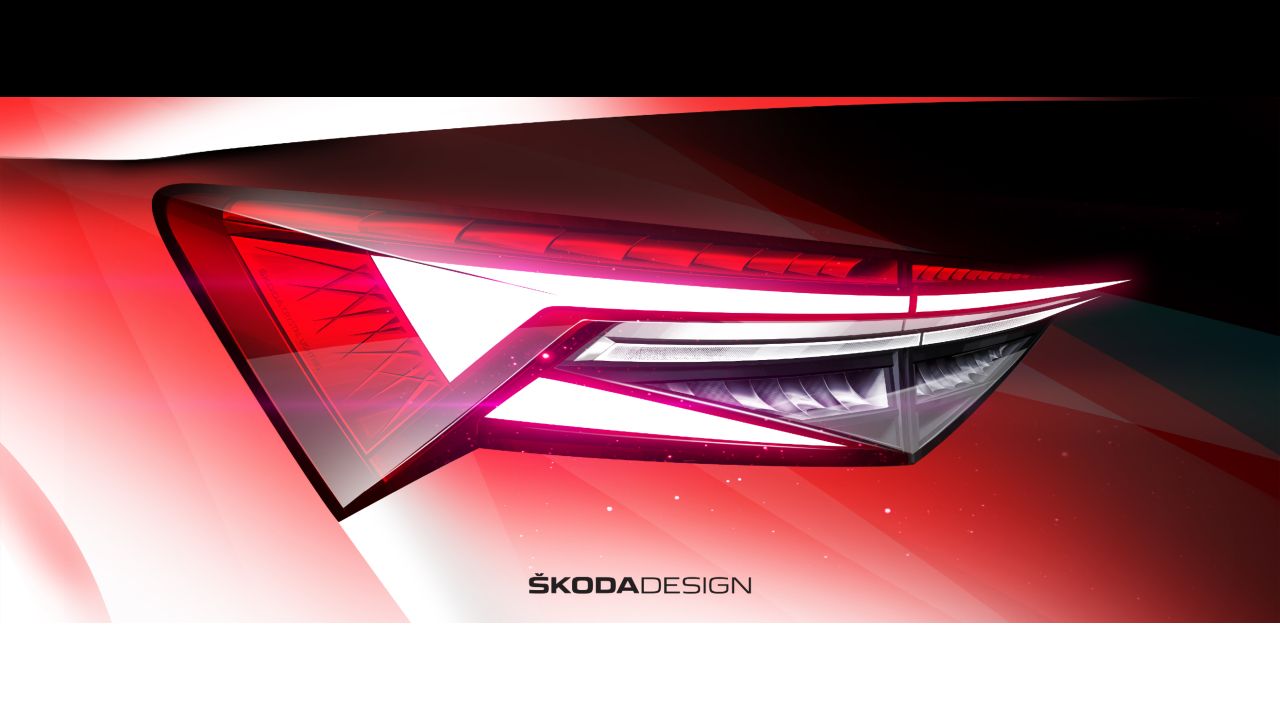 At the Auto Expo 2020, Skoda showcased a Kodiaq pre-facelift with a petrol engine. A 2.0-litre turbo-petrol motor that produces more power than the diesel but offers less torque. The power is rated at 187bhp and 320Nm of torque. The updated Kodiaq will come equipped with a 7-speed dual-clutch automatic as before.