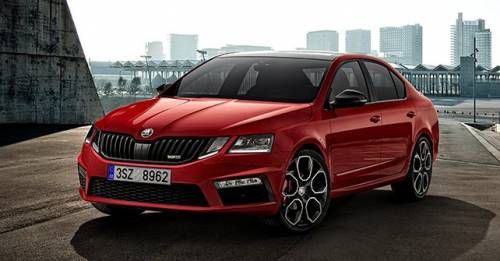 The most powerful Skoda Octavia RS 245 has been unleashed with a 15bhp boost ahead of its Geneva debut.

Scheduled for its public debut at the 87th Geneva Motor Show 2017, the most powerful Octavia has been revealed in pictures and all the specs publicised. If your standard Skoda Octavia is not powerful enough, Skoda has the the Octavia RS, but if 230bhp still doesn’t excite you, don’t be disappointed. Skoda has decided to put your frown upside down with the new Octavia RS 245 but squeezing 15 more horses out of that 2.0-litre engine.

The Skoda Octavia RS 245 based off the regular RS has the same 2.0-litre, four-cylinder, turbocharged TSI petrol engine which as the same suggests produces 245bhp and a maximum torque output of 370 Nm which his achieved between 1,600 and 4,300 rpm. Due to which, the RS 245 can accelerate from 0-100km/h in just 6.6 seconds and on to a top speed of 250km/h in the hatchback version.

While the regular RS gets just the 6-speed DSG automatic gearbox, the RS 245 is fitted with the new 7-speed DSG transmission or a 6-speed manual which power the front wheels. Weirdly, Skoda says that if you’re driving the manual and cruising in fifth gear at 60km/h, it will take a 6.4 seconds to reach a 100km/h. We guess its probably due to turbo lag.

In addition to the added power and increased turbo lag, Skoda has also worked on the chassis, making it stiffer and lowered it by 14mm than the standard car. The rear track has also been widened by 38mm from the its predecessor. The RS 245 gets ESC stability system with Sport mode as well as an electronically regulated VAQ limited-slip differential are part of the standard equipment. This electronic inter-wheel lock for the differential on the driving wheels controls the amount of slip on one of the front wheels is limited and transferring power to the road.

The styling remains similar to the regular RS, however, all the black trims on the exterior are finished in glossy piano black like the grille, fog lamp housing, ORMS, the trapezoid tailpipes and the bonkers looking 19-inch alloy wheels. Additionally, the roof feature a glass sunroof is also finished in black. At the back, you also get a small lip like spoiler for that added sporty look.

The black theme continues in the feature loaded interior which is as you guessed it… all black. The seats are sport-race seats with integrated headrests and covered in black Alcantara. The front seats also get the RS logo, in addition to the front door sills. The top of the range “Columbus” trim is packed with additional safety, connectivity and useful clever features. The RS 245 gets optional Wi-Fi hotspot with LTE module with a 9.2-inch infotainment touch screen and a phonebox to charge your phone.

The system in the RS 245 is extremely clever allowing you real-time navigation and can even find open parking spaces, automatically make emergency calls in the event of an accident and it even alerts your breakdown service at the touch of a button and connects the driver to experts who can answer any questions regarding vehicle functions. The RS 245 even gets adaptive cruise control can be set all the way up to 210km/h. 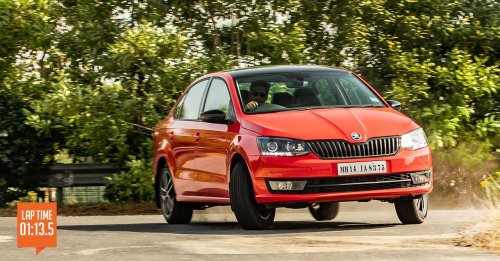