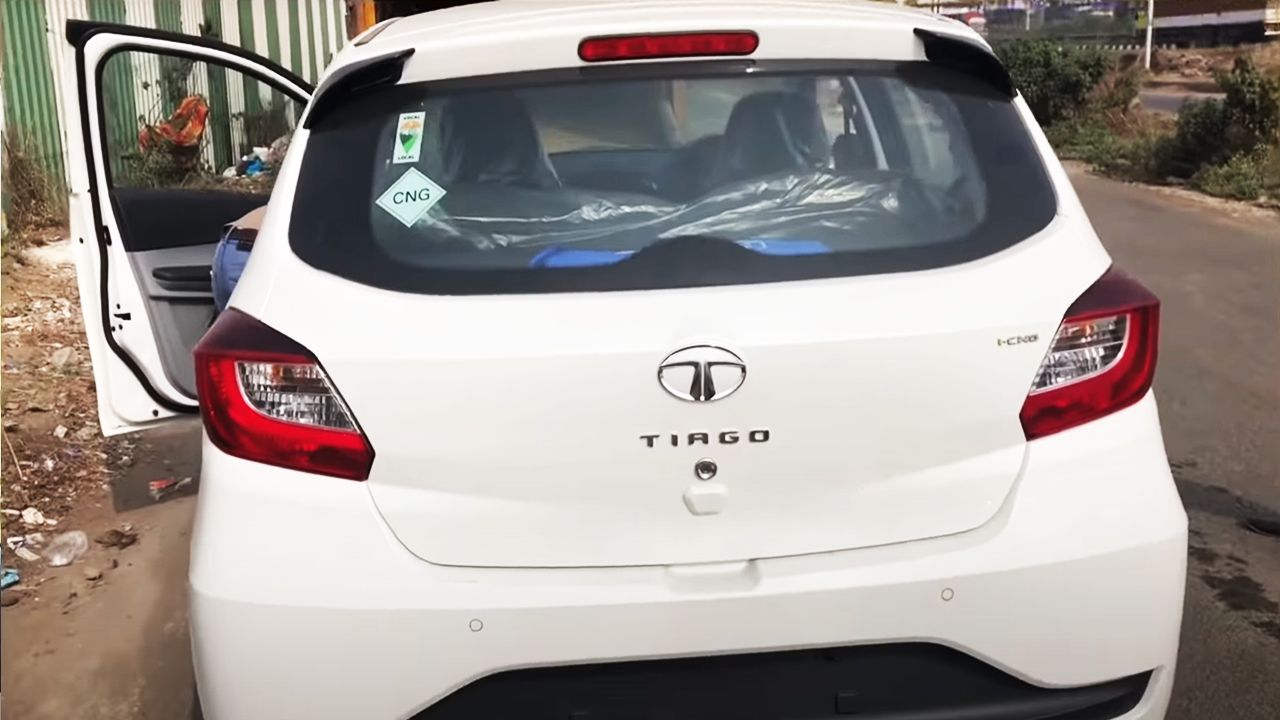 The Tiago CNG will take on the WagonR CNG and Grand i10 Nios CNG models.

It’s no secret that Tata will soon be introducing a new CNG variant of the Tiago. The car has been spied, dealerships are accepting bookings and now, we have come across a video that reveals a little more about the car.

Here, the Tiago CNG can be seen being delivered to a dealership. The Tiago carries ‘i-CNG’ badging on its boot lid, although there is no indication of the variant. From what is visible though, it looks like the XT variant of the Tiago. We say this because alloy wheels are missing and the B-pillar isn’t blacked out. 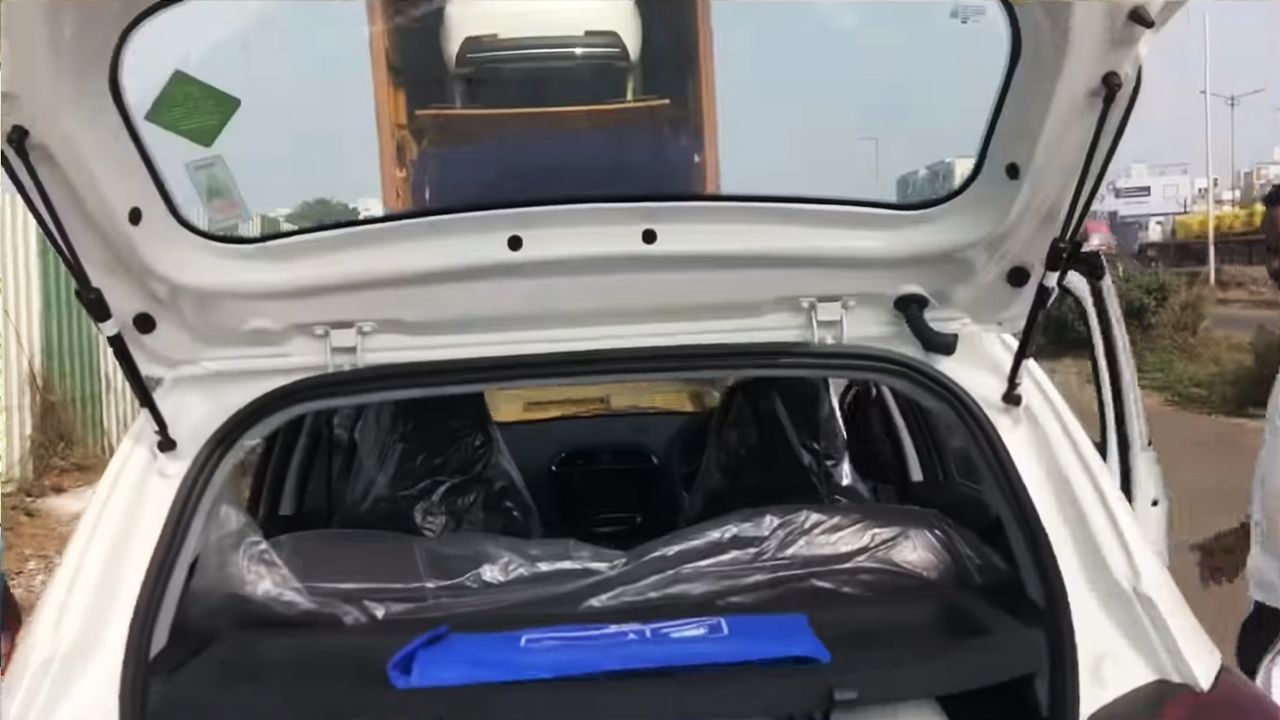 However, while the video isn’t clear, it looks like this particular Tiago might be equipped with a touchscreen. Now, Tata only offers a touchscreen on the XZ and higher variants of the Tiago. It could be that Tata might ditch alloy wheels and other features offered on the XZ variant but still offer a touchscreen since it is a useful and in-demand feature. This would partially offset the cost of adding a CNG kit as the Tiago operates in quite a price-sensitive segment.

All details about the Tiago CNG should be cleared in the coming weeks, as, according to dealership estimates, Tata plans on launching it in mid-January. As far as the premium is concerned, Tata could ask for anywhere between Rs 70,000 and Rs 90,000 over the regular Tiago. For reference, the Tiago retails between Rs 5 lakh and Rs 7.08 lakh (both ex-showroom). Once launched, the Tiago CNG will take on the Maruti WagonR CNG and the Hyundai Grand i10 Nios CNG. 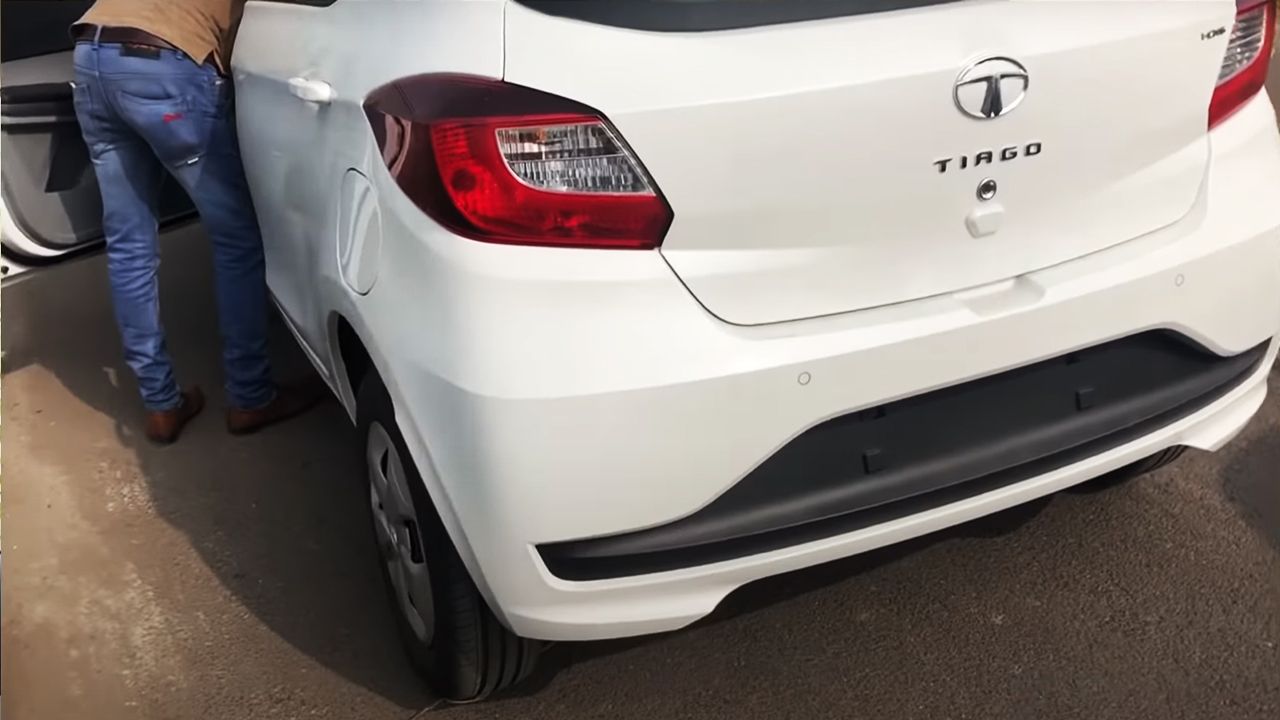 Once the Tiago CNG is launched, Tata will become only the third manufacturer, after Maruti and Hyundai, to offer a CNG kit from the factory.