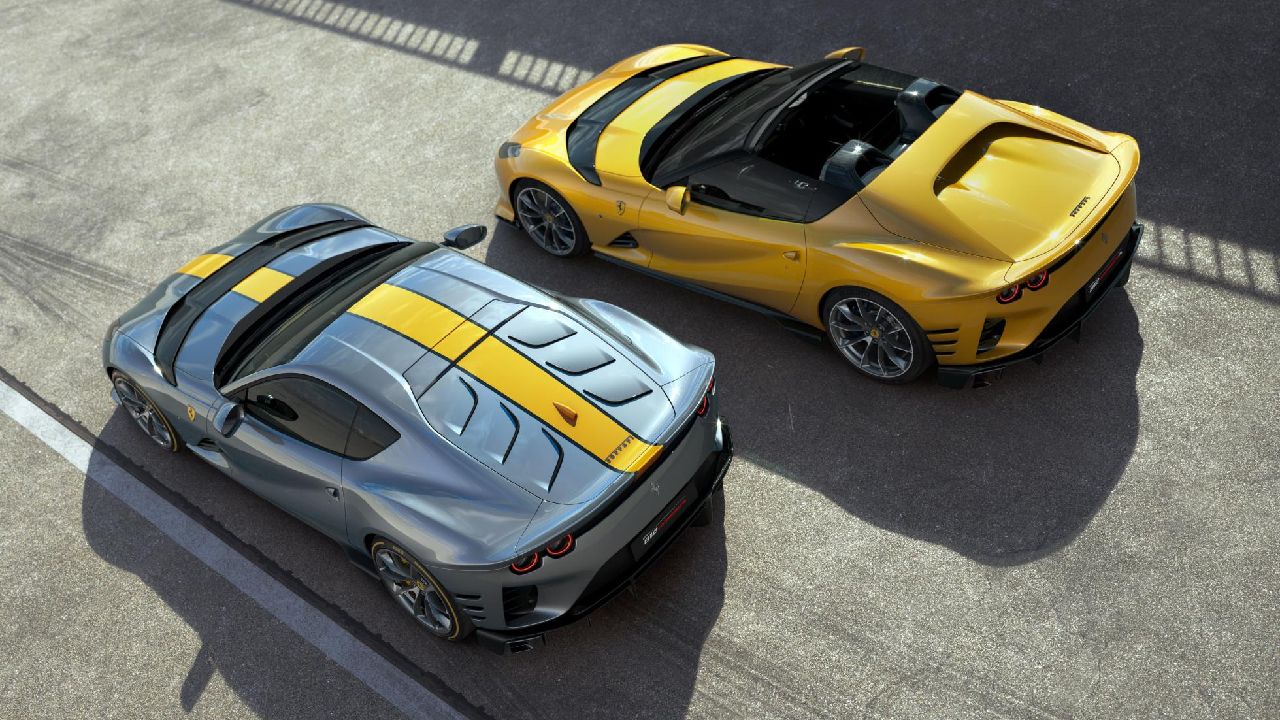 Coupe or a convertible? Ferrari has unveiled the faster versions of the 812 Superfast and the GTS. The production will be in limited numbers; however, all the cars have already been sold out. 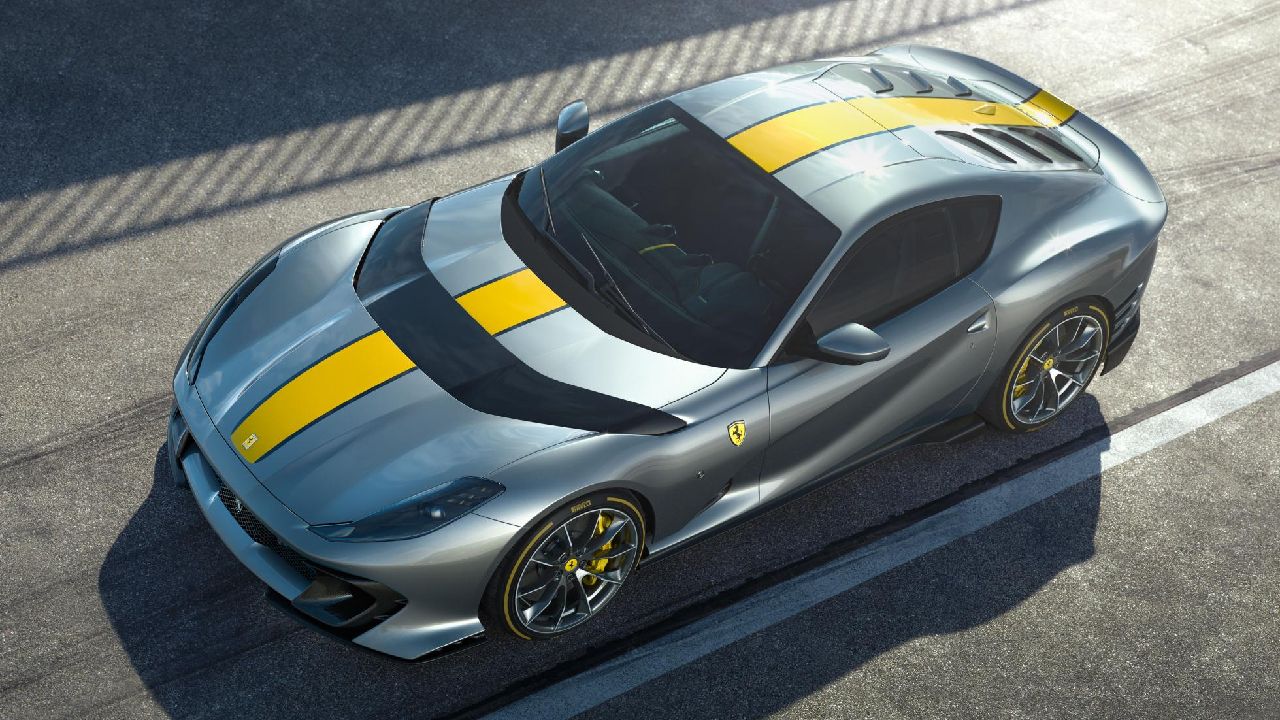 Both cars get a 6.5-litre V12, which goes all the way up to 9,500rpm. It's the quickest and the highest revving engine in a road-going Ferrari until now. The higher revs are a result of improved intake and valve timings with low friction camshaft, titanium connecting rods, and carbon piston pins. Also, the crankshaft is three per cent lighter. 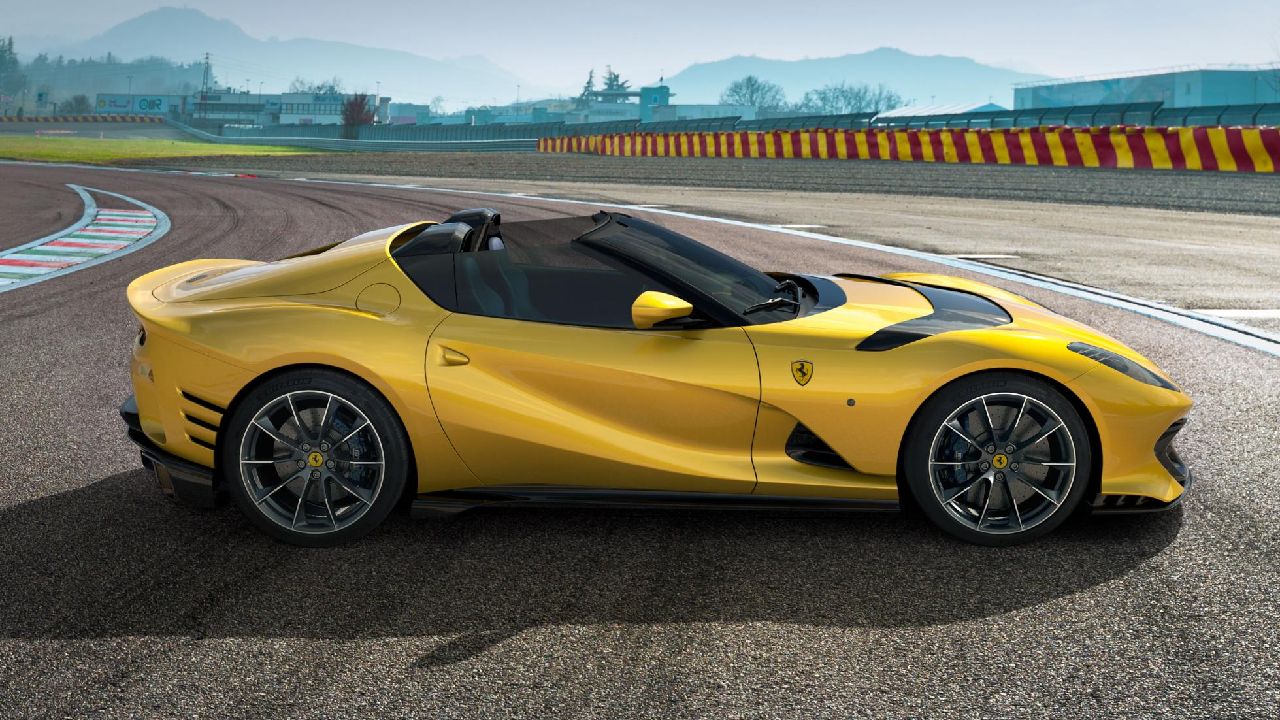 All this trickery has helped Ferrari churn out 30bhp more than the 812 Superfast – this new engine, in both the 812 Competizione and 812 Competizione A, puts out 819bhp and 692Nm of torque. All the power is sent to the wheels via an updated seven-speed dual-clutch automatic gearbox with 5 per cent faster shift times. And finally, the exhaust system has been updated to offer better thermal efficiency and a distinguished exhaust note. 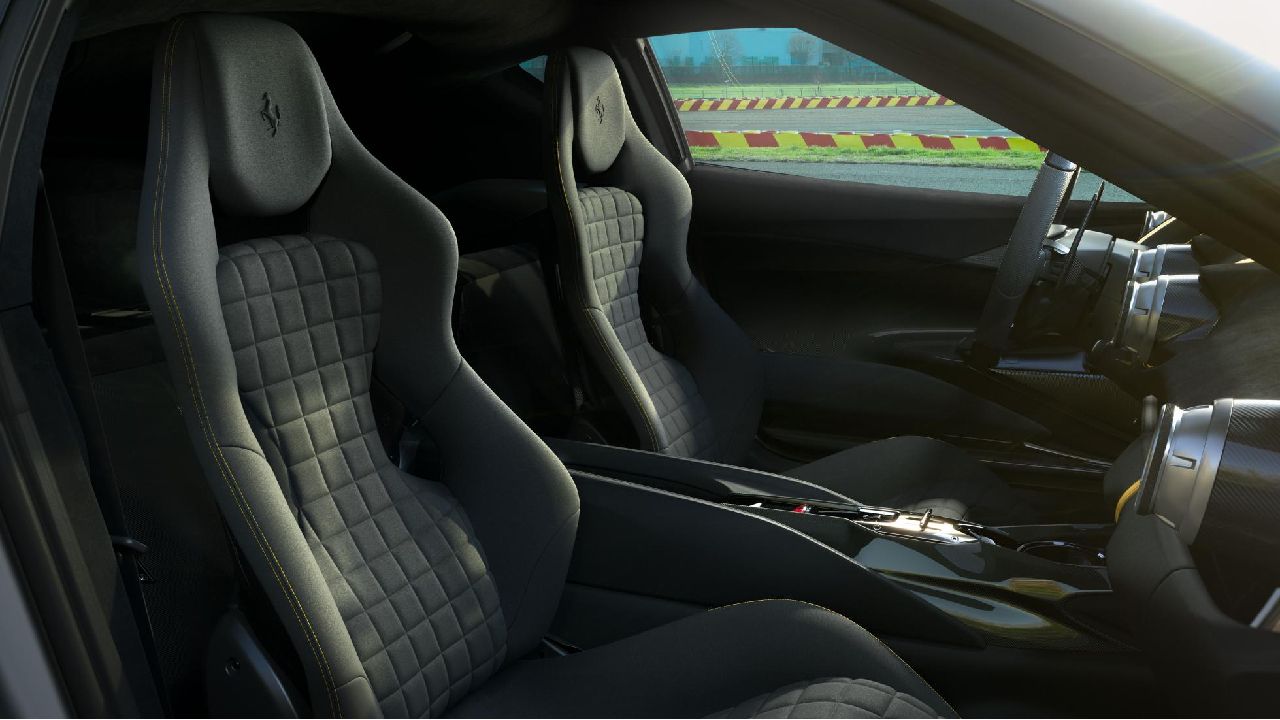 In the front, the cars get a Carbon air splitter, which runs across the bonnet – Ferrari calls it the ’Blade’. The primary purpose of the blade is to let the hot air out to cool the radiator at the front. And the hot airflow is channelled away from the cockpit in case you were wondering if Ferrari has directly opened up a hot air vent right in front of the driver. 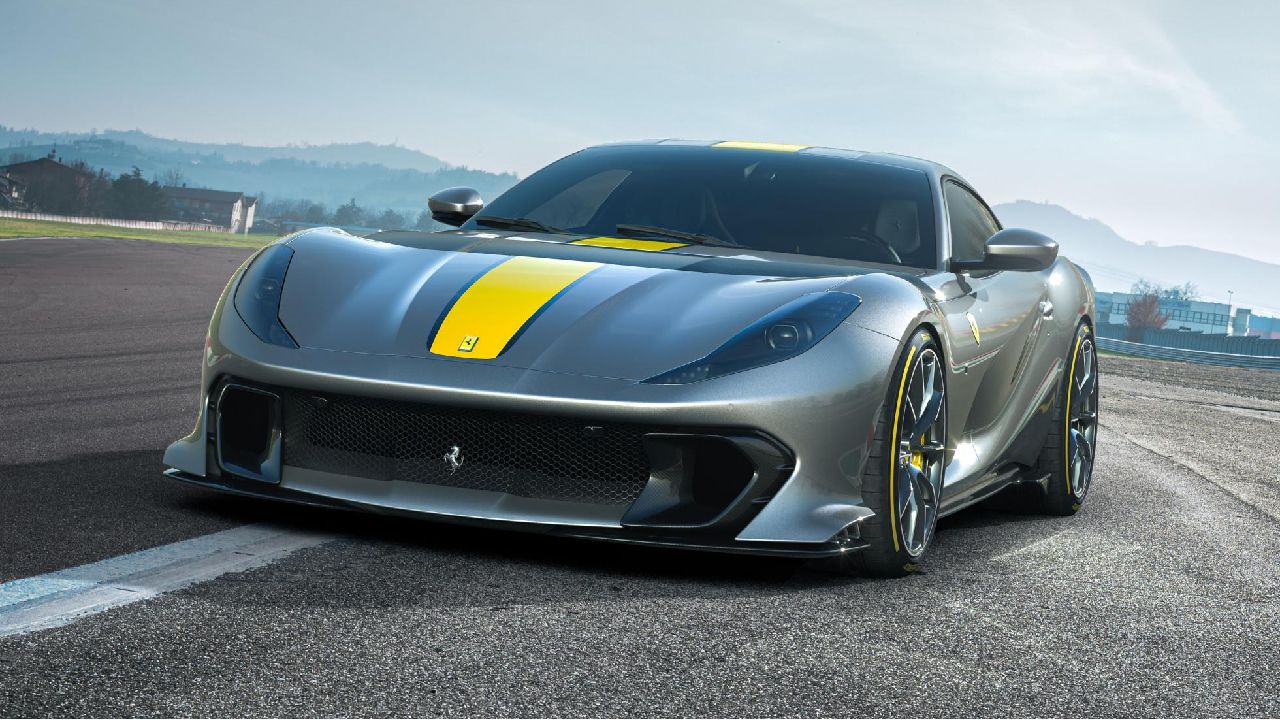 The aerodynamics also include new bumpers that are more function than form. The front bumper gets openings on the side, which channel cold air into the 'Aero' brake callipers to achieve better cooling – the system first debuted with the Ferrari SF90. The rear bumper now gets a diffuser, which works in tandem with a rear spoiler for improved downforce. The overall aerodynamics of the car has improved the downforce at the front by 30 per cent – which is necessary for a car that does 340km/hr. 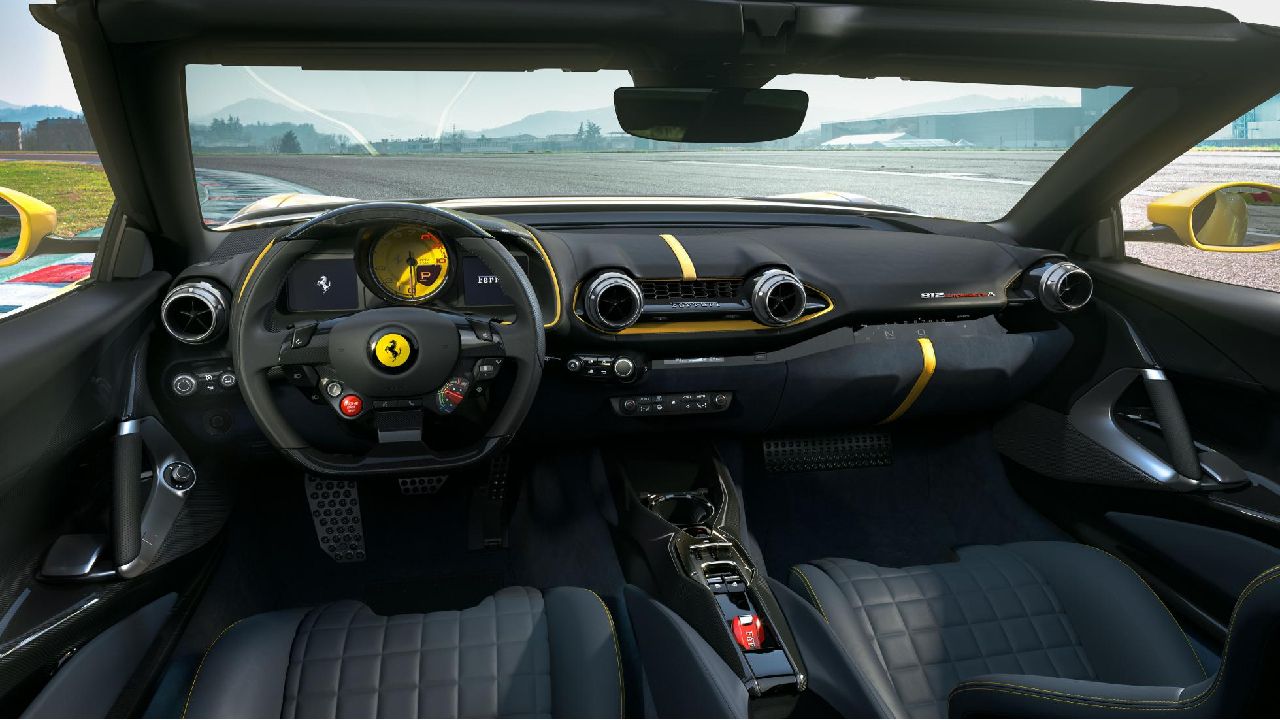 The rear glass of the coupe (the 812 Competizione) has been replaced by a single piece of aluminium, which also gets vortex generators to improve the downforce by up to 40 per cent at the rear. The convertible (the 812 Competizione A), on the other hand, gets flying buttresses, which directs the airflow towards the rear spoiler. 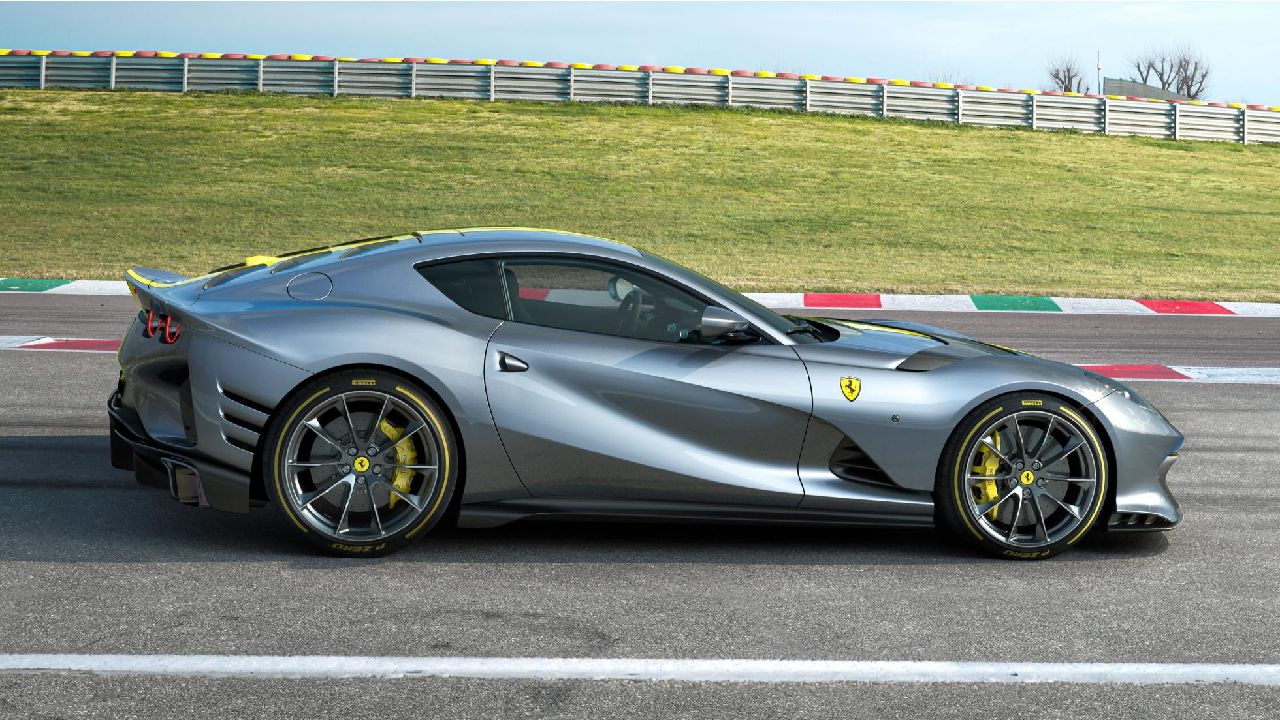 On the electronic front, both the Ferraris get the 7.0 version of the Side Slip Control vehicle dynamics system. The extensive use of carbon fibre on body panes, air ducts, and wheels has helped Ferrari shave 38kg off the standard cars. This means that at 2.85 seconds, the 0 – 100km/hr time is (marginally) faster than that of the 812 Superfast, which is 2.9 seconds.