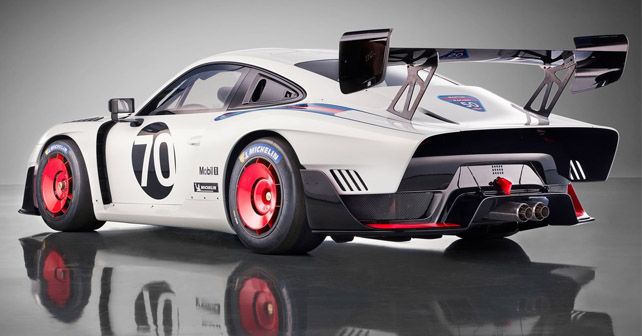 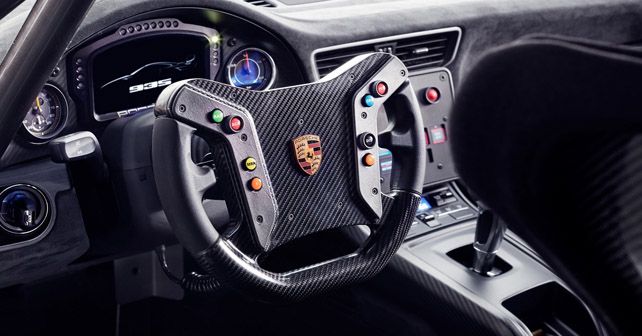 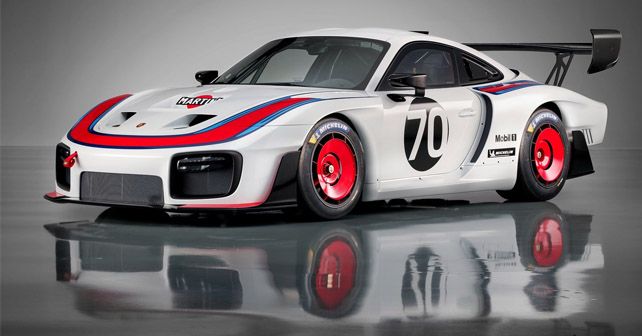 Special-edition Porsche 935 is a track-only racer that's come out to celebrate the brand's 70th anniversary.

Porsche’s motorsports division has prepared a special edition vehicle to mark the company’s 70th anniversary. Dubbed the 935, this new car shares its mechanical underpinnings with the current 911 GT2 RS, whereas the design is inspired by the 935/78 Le Mans racer, nicknamed ‘Moby Dick’, of the 1970s. According to Dr Frank-Steffen Walliser, Vice President, Porsche Motorsport and GT Cars, "This spectacular car is a birthday present from Porsche Motorsport to fans all over the world." Well, you can’t help but agree with him - it’s a spectacular looking car indeed, as it beautifully clubs the soul of a legend with the sophistication of a current day 911.

If you haven’t already figured it out, we’d like to remind that the 935 is not a road-going machine. Porsche categorically says that it’s meant for ‘clubsport events and private training on racetracks’. Now while that may not be good news for some prospective owners, it isn’t particularly a bad thing. You see, because this birthday-special toy is not homologated, it allowed the engineers and designers a free hand in the development of the car. And it’s quite apparent when you look at it.

For starters, there are no headlamps and the whole body is finished in unique carbon-fibre bodywork. The design is streamlined for better aerodynamics rather than pedestrian safety. The elongated shape, coupled with massive fairings, disc wheels and a large rear wing, they are all inspired by the original car. That said, its design has some modern bits too - the LED lights on the rear wing come from the 919 LMP1 hybrid race car’s parts bin, the side mirrors are from the current Le Mans racer 911 RSR, and the exposed titanium tail-pipes are inspired by the 1968 Porsche 908.

The cockpit comes with similar throwback references as well. The gear knob has a laminated wood design, which is reminiscent of the 917, 909 Bergspyder and the Carrera GT. The steering wheel, on the other hand, is carbon-fibre and behind it sits a full-colour display – both these elements are lifted from the 2019 911 GT3 R. Usual race car bits such as a massive roll cage, a racing bucket seat (passenger seat is optional) and a six-point harness are there, of course. Air conditioning is standard.

Underneath that retro-looking body, hides a monster though. The new 935 is propelled by the current 911 GT2 RS’ 3.8-litre twin-turbo six-cylinder engine that churns out 691bhp. Power is transmitted to the rear wheels by a seven-speed dual-clutch transmission. The 935 racer also gets PSM (Porsche Stability Management) to enhance track driving with different settings for traction control and ABS.

Porsche will only build 77 units of the 935, each priced from a whopping 701,948 euros (Rs 6 crore, approximately)! Quite expensive for a ‘birthday present to the fans’, but we’re pretty sure they’ll sell out quickly.