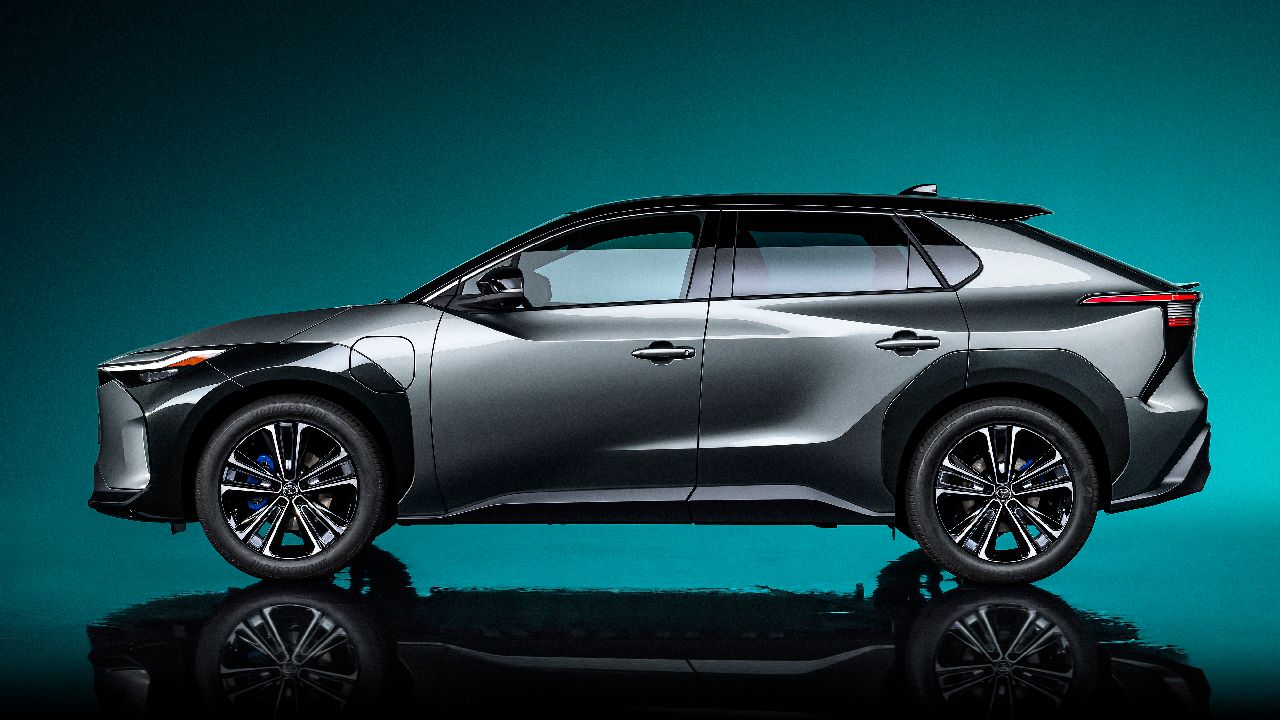 Toyota announces its plans for electrification with the unveiling of a new EV concept. The Japanese manufacturer has developed a new platform in collaboration with Subaru to launch seven new electric vehicles in the international market.

Toyota has unveiled its all-electric SUV concept called the bZ4X, which will be showcased at the Auto Shanghai 2021 show. The 'bZ' stands for Toyota's electrification strategy 'Beyond Zero', and the 4X hints at the SUV's platform that complies with a four-wheel-drive system. Speaking of the platform, the bZ4X is underpinned by Toyota's e-TNGA architecture, which is developed in collaboration with Subaru. The platform is designed to have shorter overhangs and a longer wheelbase. This in turn will offer a roomier cabin for the production model, as well as greater approach and departure angles. 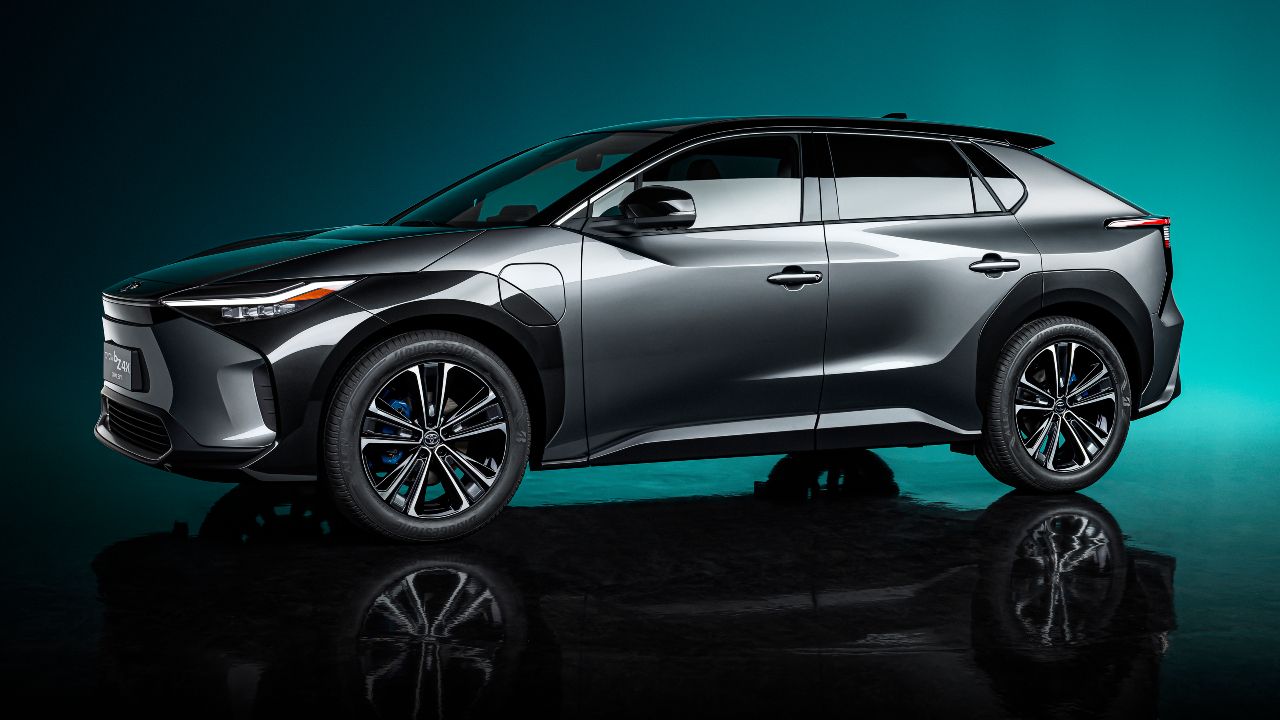 The overall styling of the bZ4X includes sharp creases and cuts. The fascia sports a slim design for the DRLs and gets ice cube-like projectors for headlamps. The side profile exhibits body cladding coloured in gloss black. A similar design language with sharp lines can be noticed at the rear end. The rear windscreen and C-pillar get a sloping design, which resembles a coupe stance.

The highlight of the cabin is the yoke-type steering wheel. The dashboard has been designed to wrap around the driver showing cockpit-like influences. The centre of the dashboard houses an upright infotainment system; however, it has been mounted low to minimize distractions to the driver. 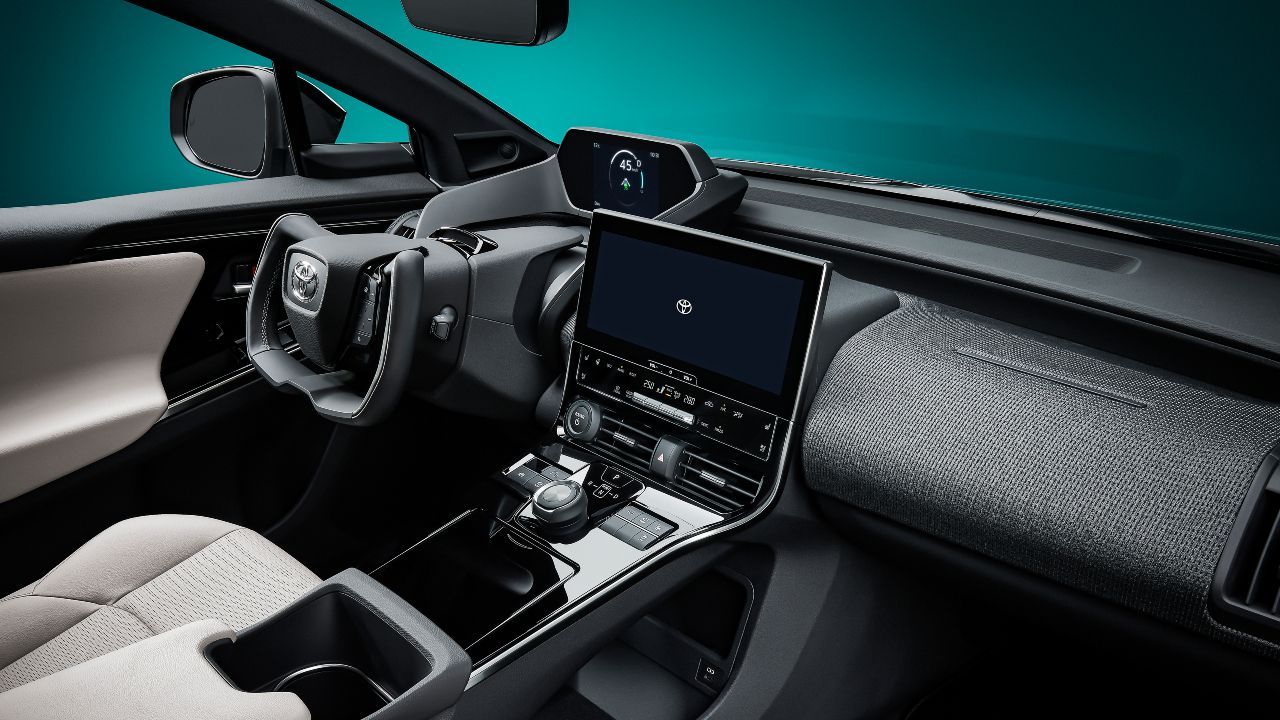 The mechanical details have not been disclosed yet. Although to expect it to have the efficiency of the Prius and offroad capability and reliability of the Land Cruiser will not be entirely incorrect. Toyota has confirmed that a total of15 electric vehicles are on cards, which will be launched in the international market by 2025. Seven out of the 15 upcoming EVs will sport the bZ moniker. 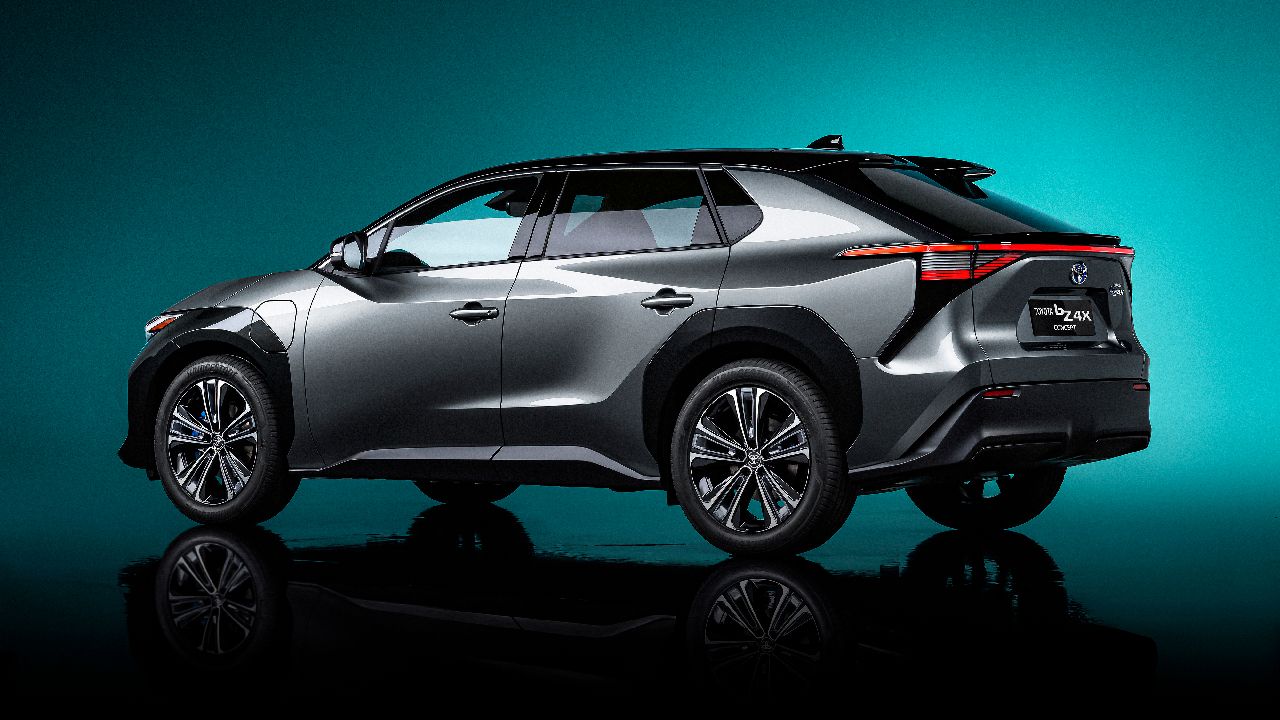 Recently, Toyota India updated its Fortuner SUV, and we suspect that the company will now pay attention to its Innova Crysta MPV and launch it with a special edition model. Besides the two aforementioned products, Toyota India sells the Urban Cruiser, Glanza, and Yaris. The premium end of Toyota India’s portfolio includes the Camry and the Vellfire, which are currently on sale. So far, the manufacturer has shown no signs of electrification in our market and continues to sell ICE-powered vehicles.