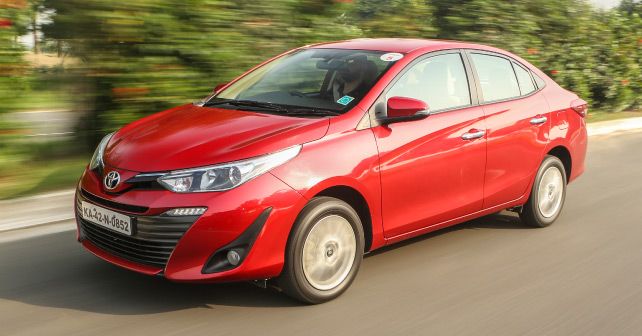 The company is likely to increase the cost of its products by up to 4 per cent.

It is that time of the year when car and bike manufacturers announce an increase in the price of their products. Last week BMW released a statement declaring a hike in the price of its models. Now it is Toyota’s turn. The Bangalore-based company’s products will cost 4 per cent more starting 1st January 2019. The company claims that the rise in price has been made to set off the increase in input costs.

As per the official statement from Toyota, “There has been an impact in the cost of manufacturing of vehicle primarily due to rupee depreciation. Toyota has been absorbing the additional costs all this while, protecting the customers from the price increase. However, due to the continued pressure of high costs, we have to pass on a part of it to customers. Toyota is considering a price increase of up to 4% across models with effect from 1st Jan 2019. We would like to express our gratitude to our valued customers for the never-ending trust and loyalty towards Toyota Products.”

Toyota currently has 11 cars on sale in the country. Of these, the Prado, Prius and the Land Cruiser are brought in as Completely Built Units (CBU). All others are either locally built of launched in the country as Completely Knocked Down (CKD) units. Expect a few more manufacturers to announce such price hikes in the weeks to come.

While there will be an increase in the cost of cars starting 2019, buyers will also be able to get heavy discounts on units produced in 2018. Before you write that cheque, make sure that you find out which in which year and month your car has been built. This might just help you negotiate a better deal.