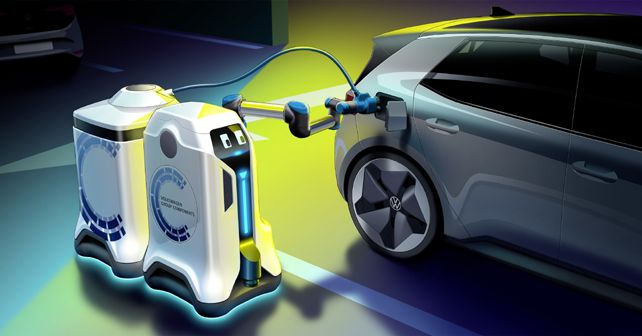 In essence, the autonomous charging concept eliminates the need for an EV user to look for a charging station and instead brings the charging facility to the vehicle, while it's in a car park.

Volkswagen Group Components, a subsidiary of the VW Group, has revealed a bespoke charging concept for EVs that makes use of autonomous mobile charging bots. This follows the German marque's previous EV charging solution (based on mobile charging stations) that was revealed in January 2019.

A mobile charging bot can be 'summoned' simply by using an app. Once activated, the bot drives to the vehicle in need of charging and communicates with the vehicle on its own. From opening the charging flap to connecting the plug to decoupling – the entire charging process occurs autonomously, without any human intervention. 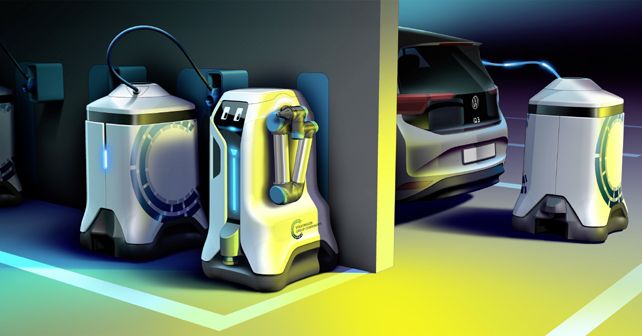 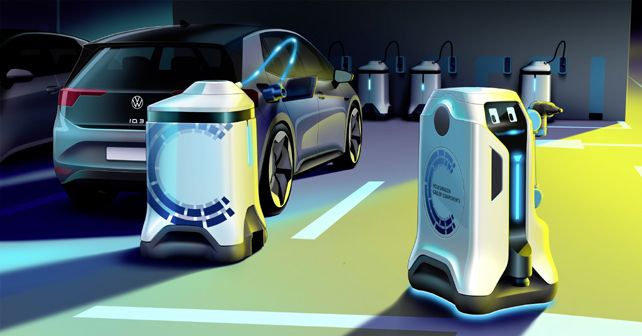 This concept, as per VW, presents a unique solution to the EV charging conundrum, as virtually any car park (underground/open) can be converted into an EV charging facility, without the addition of any complex infrastructure. 'It’s a visionary prototype, which can be made into reality quite quickly if the general conditions are right,' says Mark Möller, Head of Development at Volkswagen Group Components. 'This approach has enormous economic potential. The constructional work, as well as the costs for the assembly of the charging infrastructure, can be reduced considerably through the use of the robots,' Möller added.

As the mobile charging bot is still only a concept, a definitive date of its market launch is yet to be confirmed.