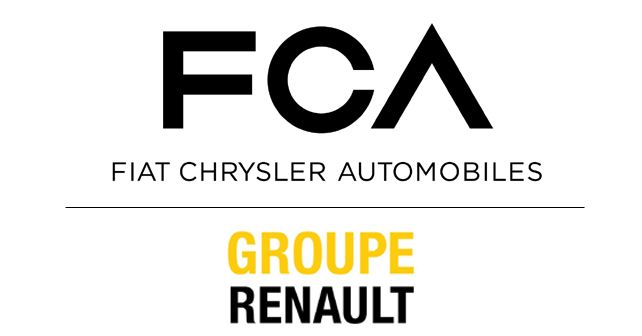 Due to the French government's alleged intervention, FCA has retracted its merger plans with Renault, with immediate effect.

In a rather surprising turn of events, Fiat Chrysler Automobiles (FCA) has officially withdrawn its merger proposal with French carmaker Renault. While the American automotive conglomerate took this decision on 5th June 2019, the company said that 'it has become clear that the political conditions in France do not currently exist for such a combination to proceed successfully,' which hints at the fact that the French government's alleged meddling with the deal is the likely cause for the merger to be cancelled. Had the landmark deal gone through, the 35 billion dollar merger would have led to the creation of the world's third-largest car manufacturer.

Looking at the situation from Renault's point of view, the French carmaker, in a separate statement, said that 'The Board of Directors was unable to take a decision due to the request expressed by the representatives of the French State to postpone the vote to a later Council.' Apparently, the French government, which owns a 15 per cent stake in Renault, had asked for the delay in order to convince Nissan Motor Company, Renault's Japanese alliance partner, for the merger. Some reports suggest that Nissan officials felt 'blindsided' by the merger talks and expressed their concern that a full merger between Renault & FCA would alter the dynamics of Nissan's existing alliance with Renault. Due to this reason, Nissan decided to abstain from the deal.

Without a doubt, the merger decline comes as a major blow for Renault, as it had already been reeling under the severities of the arrest and prosecution of its CEO & Chairman, Carlos Ghosn. The merger would have been mutually beneficial as it would have led to billions of dollars being saved in terms of technology & product development. However, at this point, both companies need to tackle another problem at hand - explaining the circumstances to their respective shareholders.

Renault retains Ghosn as chairman despite his arrest