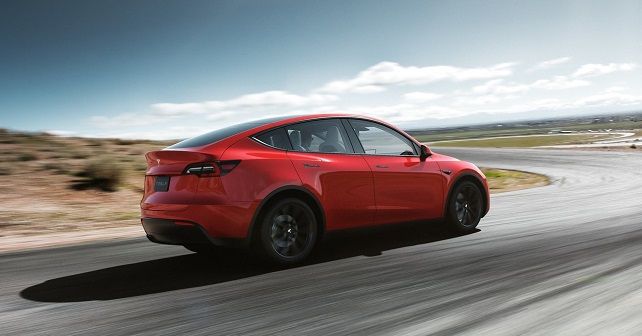 Tesla has become the first electric car-maker to produce one million cars.

Tesla has rolled out its 1 millionth car from its Fremont facility in California. Now, whether you’re a fan of electric cars or not, this is kind of a big deal, for Tesla has become the first electric car-maker to cross the magic 'one million' production milestone.

The one millionth car that rolled out of the plant was a Tesla Model Y, painted in red. The Model Y is the company’s latest product, and the fifth Tesla model after the Model S, Model X, Model 3 and the Roadster (now out of production, but all-new version comes out in 2021).

Having started its operations in 2003 – though it only began selling cars in 2008 – Tesla is a fairly new company in the global automotive space. However, the company has shot to fame in no time, thanks to its edgy and aspirational electric cars. Tesla can also be single-handedly credited for making electric cars mainstream, while it also disrupted the automotive industry with their cutting-edge products and futuristic tech.

As a car-maker, Tesla’s journey has been full of ups and downs – the company struggled to ramp up its production in the past few years, and wouldn’t meet demands world over. Not to mention, at the same time, its products were hit by quality control issues. However, Tesla now has a plant in China and it started rolling Model 3 vehicles from there in December 2019. The plant has an aimed production capacity of 5,000 units a week, and this should translate to 250,000 units in a year. Tesla has also announced its first production unit in Europe. The new plant or 'Giga Factory' will be constructed just outside Berlin in Germany and is expected to begin operations in 2021. As for the quality of its cars, recent customer surveys in the US suggest that Tesla is slowly but steadily improving on the quality front with its new cars.

There's no denying that Tesla still has a long way to go, but then they’ve come a long way as well, since the company is currently the world’s second most valuable car brand behind Toyota. All of that in just over a decade…