Home » Opinion » Ashish Jha » Ashish envisions his own Mecca – and invites you in.

Ashish envisions his own Mecca – and invites you in. 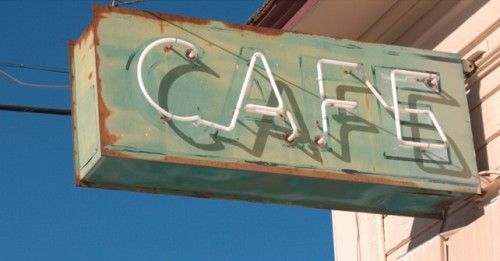 I visited an art gallery recently. Some exhibits were interesting, while some were outlandish. Some even bordered on the eccentric. But they were all brilliant in their own right. The gallery wasn’t just a space for displaying the talent of some known, and lesser-known, names, but doubled up as a place of worship for art lovers and collectors. People chatted about various techniques, the variation in the interpretation of the works of art by different individuals, and gave everyone a peek into the artists’ perspective. It helped connect radically different people on a single subject that they were passionate about.

I saw people across a wide spectrum of age and nature – there were teenagers who were pursuing their interest in various creative fields by taking up extracurricular classes, while there were guys from digital and advertising agencies who’d come there to seek inspiration. I saw very deep-thinking people, and those who’d have qualified as ‘properly creative’ by the average members of society – i.e. unkempt, with long hair, salt-and-pepper of course, and a face covered in beard. And I also saw vocally loud people trying to flaunt their presence through not only the pitch of their voices, but also through the way they dressed – i.e. they made every effort to make their sparkling jewels obvious to everyone. They were also the ones talking the most about each and every example on the wall – as if they knew everything. They might have, I don’t know. But it seemed to me that they were just being idiotic.

There was a little canteen just adjacent to the gallery – quite modest in the way it was done, and it offered simple food. There was nothing fancy about it, but it was packed – because it extended the ambience of the gallery and allowed people to mollycoddle their passion during conversations that usually extended beyond the gallery itself.

This got me thinking – there are a few cafés around on the theme of travel and literature, but nothing on motoring. At least not around the national capital region. Yes, you may argue that there are a few sports bars that beam F1 races on a big screen and serve beer – same stuff that you’ll get at barely a third of the cost outside – which enables F1 lunatics to come in and enjoy a round of verbal (and sometimes physical) bouts by talking about their favourites. But I’m not talking about such Sports Bars – I’m talking about something with a more profound purpose.

This is a long-drawn-on-paper dream of mine, and I can’t believe I’m giving away a business idea out in public – usually people charge insane amounts for such things and build a fortune in the process for themselves! The reason why I’m sharing this is because if there’s one utterly mad person out there who’s rich enough not to flinch at the cost of setting up a facility like this, and is reading this – I urge you to give it some serious thought. It could, and I’m not kidding, become a commercial success over the years – so you’ll get your money back as well!

Now, the idea is to have a reasonably accommodating space, but not make it into merely a café. No, the idea is much bigger. There would be a well stacked and well kept garage with all the tools, and at least one small project going on – a Go-Kart, or a supermoto, or maybe just an engine being worked on. The other section would have a small library. The books would range from racing history and legends to individual brands, and the various automotive cults that have existed over the years. The range of books will be massive, and will cover a wide range of interests and topics. Then there will be an open sitting area – furniture made of automotive parts, but of course, and inspiring and free-spirited songs being played in the background (typically from the 60’s to the mid-90’s stuff). Bands would be encouraged to play once a week – that’ll promote talent as well. The menu would consist of unusual names from the auto memorabilia. Road trips would make for an integral part of the setting, and people would be encouraged to undertake more road travel. Basically almost everything under the automotive umbrella that can be accommodated will be on hand.

But, the most important thing will be the essence – the soul – of free spirited motoring. It’s that exact thing that’s missing in today’s fast-paced life, and it’s my dream to be able to bring it back in our society. I want to bring back passion into our ridiculously mechanical lives through the one main thing I know and love. And you know what, that’ll make the spirit of motoring live on – and the generations to come will thank us for it.

I don’t know if anyone agrees with me on this bizarre thought that I’ve had in my heart through the years, but if there’s anyone – absolutely anyone – who does, then tweet out to me. In the meantime, my hunt for that absurdly rich man to fund the project goes on, for I believe. And I won’t quit. Not till I give up my ghost.

PS: If I had such a place running today, I’d have celebrated the life of Tony Divey – a man who created a very unique motoring company (Triking) because he couldn’t afford a Morgan at the time. Salute and huge respect. Rest in peace, old man – you’re being celebrated!