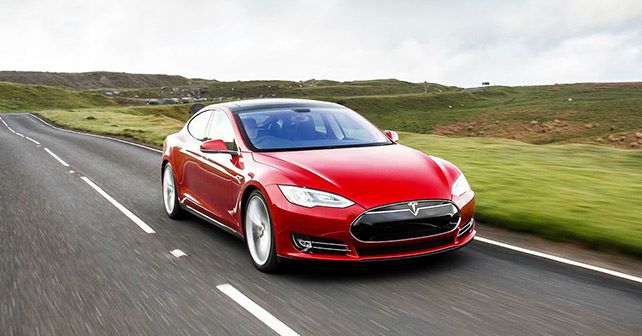 While electrics may be winning the propaganda war, Jens feels that they’re not even close to being the silver bullet they’re made out to be.

I like the Vienna Engine Symposium. It’s an annual meeting of engineers and R&D executives, trading knowledge and arguments – without the layer of politically correct lingo that we’re exposed to at press events.

The talk was interesting. Wolf-Henning Schneider, head of supplier Mahle, began explaining the well-known scenarios of climate change, and the share of cars and trucks in greenhouse gases – 10%, not insignificant. Then he went into the details. If you compare the internal combustion engine with electrics, the latter doesn’t necessarily look great. To start out, producing a regular car emits some 5 tons of CO2. For electrics, it’s twice that number.

And this means that with the German electric grid, a conventionally powered car can be driven for a whopping 4 years before an electric catches up in CO2 emissions. And a CNG-powered car can go for a full 8 years – equalling the life of a car. And if the CNG vehicle is topped off with so-called E-fuels, generated CO2 neutral, the electric doesn’t stand a chance – there are no emissions added to the initial 5 tons to produce it. Even if an electric is recharged with emissions-free electricity (a pipe dream), it can never catch up.

I wouldn’t go as far as to say that electrics are propagating fraud, but their reputation was severely tarnished this year. Especially since there’s massive potential in any kind of conventional engine – in CNG, gasoline, and – yes – diesel. “If customers switch from the diesel to gasoline cars, the penalty is 30%,” says Michael Weissback of R&D specialist AVL List. CNG, on the other hand, is even more attractive in terms of CO2 emissions, and that’s why the European industry is busy building up the network of refuelling stations.

There is optimism on diesels as well, and this may be surprising – given how much it’s been under attack. Since the VW scandal, politicians and NGOs have gone to any lengths to kill off the diesel once and for all. True, the Euro 5 and Euro 6 emissions requirements were initially impossible to reach. In Europe, carmakers worked with national certification agencies to help their cars reach the desired performance in a strictly defined testing window.

Today, the issue is virtually solved, and, ironically, it was the VW Group that brought some of the very first ultra-clean diesels onto the market. “In some circumstances, the air leaving a modern car is actually cleaner than the air taken in,” says Thomas Koch, a professor at the Karlsruhe University.

Yet, electrification is here to stay – not just because politicians wish it to be, but because intelligent forms of hybridisation can make cars significantly more efficient. Strong starter-generator modules can boost engines and help emissions, and the electrification of pumps and other modules makes the powertrain more compact. That’s why Mercedes-Benz is adding electric components to its new in-line 6, which replaces the more compact V6.

Here’s more: There are electric superchargers, which compensate for turbo lag and allow for much larger turbos. And the water injection system that I first tested on a BMW M4 GTS last year has a lot of potential for series production. An Audi TTS built by engineering house FEV delivers 10% more power and 18% more torque – at the same time, consumption is slightly lower. And supplier AVL is getting 474 horsepower out of a 1.8-litre four – the car has been reliable over 20 000 kilometres so far.

All of this makes me wonder about VW CEO Matthias Muller’s final remarks, delivered to an auditorium of engineers. The future is electric, he proclaimed, and he envisions a global take rate of 25% for electrics just 8 years down the road. Tesla’s insane stock market valuation? It’s proof that e-mobility is winning, said Müller. And he added that “the right mentality and composure” is needed, including “saying goodbye to false perfectionism.” Say what? “We have to ask ourselves whether the customer is okay with a 90% solution.”

This year, I learnt in Vienna that electrics have a long way to go to get even close to being a 90% solution!