Home » Opinion » Jens Meiners » Electric is NOT the way to go

Electric is NOT the way to go 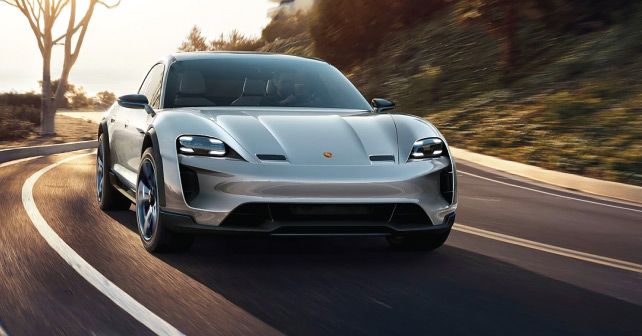 Electric is NOT the way to go, according to an expert whose word Jens takes as gospel.

Last month, the ongoing negative news cycle for the diesel engine was exacerbated by the announcement of Porsche CEO Oliver Blume that he would not bring the diesel back to market. That contradicts previous announcements. Porsche had officially said that the new Cayenne would come as a diesel, and the Macan was expected to be launched with diesels as well.

Now Porsche is moving fully electric. After the Taycan, there will be a crossover version. The next-gen Macan will likely be fully electric as well – so may the Boxster and Cayman! Only the 911 will keep a petrol engine, though likely in hybridised form only. That’s the ultra-ambitious plan with which Porsche aims to place their brand ahead of the game.

The announcement comes at a time when iconic British carmaker Aston Martin is going electric as well. There will be a fully electric Rapide, and when the luxurious Lagonda brand returns in 2022, it’ll be electric only.

Jaguar, of course, will follow up on its stunning I-Pace crossover with a fully electric XJ luxury sedan. So, is the trend inevitable in the premium segment?

I spoke to one of my favourite experts, Professor Friedrich Indra. He started his career at BMW Alpina, where he pioneered turbo engines in the 1970s, then was recruited to Audi by Ferdinand Piech, and eventually left for GM – where he was responsible for global powertrains. Today, he works as a consultant.

Asked about the history of diesels at Porsche, he laughs: ‘The former Porsche CEO Wendelin Wiedeking was, from today’s perspective, a man of vision. He always hated the diesel engine and, at the time, asked me to provide him with arguments to prevent the diesel that the supervisory board wanted.’

That didn’t work, as the supervisory board was adamant that the Cayenne should have a diesel, but Indra says that Wiedeking may have had the right gut feeling. ‘There are definitely good arguments to stay with petrol engines, then and now. Apart from the fact that it’s detrimental to the image of the brand to use third-party engines, such as a diesel from Audi, there are significant benefits if you decide to incorporate only one type of engine in a model. It saves a lot of effort in development, petrol engines are lighter and, of course, cheaper. And there’s still a lot of potential in them.’

So, is Blume correct to kill the diesel? I asked. Indra replies, ‘He would have been right if he had tackled the issue correctly, and said: I’ll take the money that I save by not using the diesel and put everything into the development of the best and most efficient petrol engines on the market. And that would mean getting close to a diesel motor in terms of fuel consumption and CO2 emissions, and even surpassing it in the partial load range.” Indra continued, ‘I believe the petrol engine can catch up with the diesel. And so, the decision not to offer diesel could have been turned into a positive message.’

So much for the endorsement, but then Indra proceeds to rip at Blume’s decision to go electric. ‘I think that’s a blatantly wrong decision. 48-volt hybridization makes sense, but even full hybrids are not necessary, and plug-in hybrids, like full electrics, are a fraud because the electricity is not included in the assessment of consumption and emissions.’

Indra not only warns of the environmental impact of electricity, and the predictably high prices once a charging structure is erected, he also claims that electrics won’t work well in sports cars.

Referencing Blume’s claim that Porsche’s race drivers exit the electric prototypes with a big grin on their faces, Indra offers a sarcastic perspective, ‘Maybe after two acceleration runs, but if they ever try to do a few laps on a race track, they would burst into tears.’ And he reminds us of Blume’s own statement from the Vienna Motor Symposium: An electric Porsche wouldn’t even be able to do a full lap of the Nürburgring before switching to limp mode because of thermal problems.

I can’t help but share his concerns. And I am not surprised that Aston Martin’s shares on the stock market have landed with a resounding thud last month.