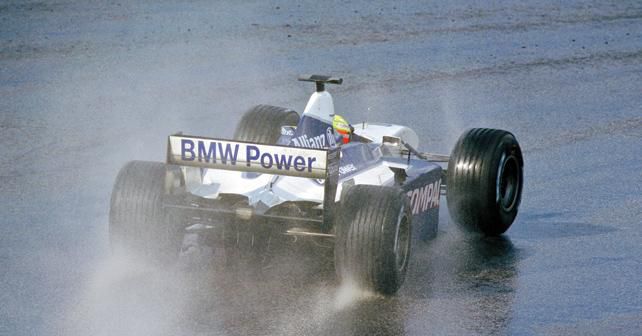 Major rule changes are due in 2021 that could have big ramifications...

F1 has been in a very quiet state in recent weeks, as all those who spend their lives on the road take a well-earned rest with families and friends. The circus will wind up again, as the month of August comes to an end. Much of the political energy in F1 is being directed at the formulation of the new rules for 2021 and beyond.

The signs are that there are already broad agreements between the major players (and wannabes) that Formula 1 will move to modified versions of the current 1.6-litre hybrid turbo engines, to avoid the costs of a completely new formula. At the same time this will open up the technology to allow other manufacturers to enter F1. This will be dependent on getting the right financial package in place, with cost controls to stop insane spending. But if that can be done, it’s not ridiculous to suggest that there could be a flood of manufacturers moving into the sport.

If all goes to plan – and in F1 one can never be certain – the noise-absorbing, complex and expensive MGU-H systems will disappear and bigger (but standardised) MGU-K systems will become the norm. The engines will have twin turbos with a faster fuel-flow rate and, as a result, F1 engine noise – currently being studied by the Austrian engine development firm AVL – will be a great deal better. There is a big push going for F1 to have independent engine manufacturers, in order to break the current domination of the automobile manufacturers, and there are whispers that Red Bull Racing, McLaren and Cosworth have agreed to jointly develop an engine concept for the new rules – and will ultimately use the engine technology developed for their own individual engine projects.

Joint research and development operations are pretty standard these days in the automobile industry, and indeed McLaren is involved in just such an alliance with the British government and BMW in order to develop better road car engines. The logical thing is that McLaren would use the technology developed, and form an F1 alliance to create its own racing V6 – while Red Bull would apply the same technology for engines that would be branded as Aston Martin V6s. The British supercar maker is moving slowly towards a serious revival, with an operating profit of $215 million and an increase in sales to 4,800 cars – expected this year. Red Bull Racing is working towards creating a more sustainable F1 team with its involvement in the Adrian Newey-designed $3.2 million AM-RB 001, which is badged as the Aston Martin Valkyrie. The plan is for 150 of them to be built (all of which are already sold), while the team will be building 25 racing versions. These will all start to arrive in 2019, and Red Bull Racing will take a slice of the revenues, which will help to fund the F1 team. With Aston Martin probably willing to kick in more money, it’s logical to assume that other AM-RB derivatives will follow.

There is also considerable logic in switching the Formula 1 cars to Aston Martin branding and transferring the ownership accordingly – particularly if a sponsorship deal can be figured out that would give Red Bull sponsorship value without needing to pay further money. This has been done before, when Red Bull and Sauber split in 2001 with Sauber giving Red Bull free space on the car for a number of years as part of a purchase agreement with Credit Suisse helping out. The sponsorship thus continued until the end of 2004, when Sauber switched to Credit Suisse branding and Red Bull purchased Jaguar Racing from Ford and transformed it into Red Bull Racing. The rest, as they say, is history – but amid the success that followed, Red Bull signed a 10-year bilateral agreement with the Formula One group, which meant that the firm got a better financial deal on the understanding that it would remain in the sport until the end of 2020.

In order to enforce this agreement, there was a $1 billion penalty clause – which reduces each year by $100 million. So, for example, if Red Bull had decided to pull out of F1 in 2015, it would have had to pay the Formula One group $500 million. If it does the same in 2018, it would be required to pay $200 million. This means that at the end of 2020 Red Bull will be free to depart without any penalties. It is unlikely that there will be any similar deals on offer from the new owner Liberty Media, as it is keen to bring all the payments to teams into line, in order to have everyone on an equal footing, which it believes will make life easier for everyone.

One can see Ferrari concluding that a similar kind of R&D deal might be possible with Alfa Romeo, which wants to have an F1 engine and perhaps even run a team. Ferrari is no longer part of the Fiat Chrysler empire, but they share many of the same shareholders and so a joint arrangement could easily happen. Alfa Romeo wants an F1 team in order to boost the brand globally.

And one can imagine – as has already been rumoured – that Porsche will be coming to F1 as well. Porsche recently announced that it’s quitting WEC to join Formula E in 2019, but it’s widely believed that the “new strategy and realignment” will include both Formula E and Formula 1 – as Mercedes will soon be doing. Porsche has traditionally worked with partners, such as Joest Racing, and while many imagine that a partnership with Red Bull is the obvious step, there are other much more intriguing rumours.

The best available choice is probably Williams F1, not only because the team has a great heritage and decent facilities, but also because it needs a manufacturer to get it back to winning. There are several other elements that make Williams the obvious choice, not least the fact that it’s sponsored by Porsche’s traditional motorsport partner Martini & Rossi – and the various brands fit very neatly together. The Martini Porsche relationship goes back nearly 50 years. Williams is also a company that’s listed on the stock exchange in Germany, which means that the potential for a full takeover of the Williams group by Porsche exists, if the Williams family wants to sell out at some point in the future. Porsche might like to add the firm to its portfolio, particularly with regard to its advanced engineering capabilities... 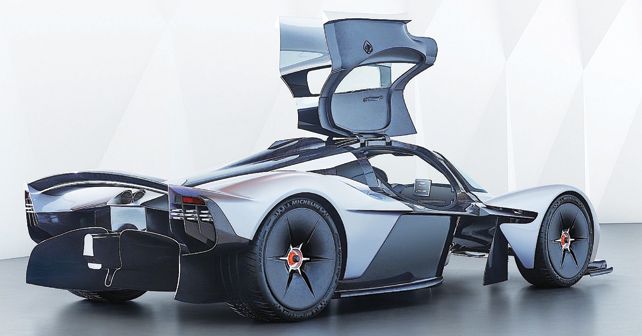