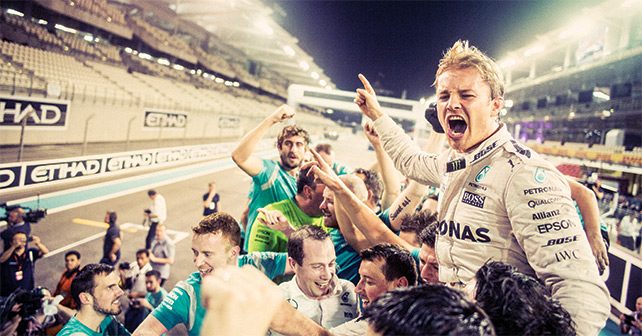 Nico’s retirement has thrown up a dilemma for Mercedes as it tries to fill his shoes while keeping the championship interesting, Joe looks at their options...

The news that Nico Rosberg was going to retire, which came just a few days after he won the World Championship in Abu Dhabi, was a massive shock for everyone in Formula 1 – with quite a lot of people saying things like: “When I heard it, I thought he was joking.” Apparently, even Mercedes chairman Niki Lauda thought Nico was joking – and he wasn’t very happy when he found out that he wasn’t. You see, by following his heart Nico dropped the team into a rather difficult situation.

The team wanted – needed, in fact – two experienced drivers, suitably balanced in terms of their ability to perform. The first reason for this is that this is the best way to win World Championships, with both men able to deliver points at as many races as possible. The second reason is a little more obscure, but it’s important as well. Mercedes has managed to dominate the sport for the last three seasons, but has managed to deflect much of the criticism about the sport becoming boring – because they’ve allowed their two drivers to fight. This means that the racing has been pretty good and, now and then, the two have collided – and a little controversy never hurt anyone. If there were only one dominant Mercedes driver, then you can be quite sure that the losing teams wouldn’t stop for an instant before starting a campaign to get the rules changed. This is not very sporting, but it happens and it’s a bit like those horrid people who cannot lose gracefully and have to kick over the board if they’re losing the game.

So Mercedes needs success and it needs balance, and therein lies the problem. With Nico walking out at a very late stage, all the other top drivers have been signed up already – which leaves Mercedes with very little choice. The obvious option was to pick up one of the two retiring top drivers in 2016 – Felipe Massa and Jenson Button. That was not very easy though, because Jenson actually has a McLaren contract for 2017 and 2018. But the reality is that Mercedes doesn’t seem to really want either of them. Toto Wolff may have said that the team will consider Fernando Alonso, but it was always crystal clear that there was no way that Fernando was going to get out of McLaren. No way!

The obvious choice, right from the start, was Valtteri Bottas – the Williams F1 driver, who will be going into the fifth year of his five-year Williams contract. He has the speed and the experience, and he’s managed by a company in which Wolff has a shareholding. And it’s fair to say that Bottas will be a good match for Hamilton. We don’t know how good a match, but we do know that the two men will put on a show. The problem, of course, was that Williams wanted to keep Valtteri – which they have every right to do. He’s important to the team for a number of reasons. Firstly, with Felipe Massa retiring, Valtteri would provide stability on the driver side.

Secondly, he’s not expensive because Williams gave him his first F1 break and he’s proved to be good value for money. Thirdly, the team has signed a new rookie called Lance Stroll and it needs someone to show him the ropes in F1. It’s probably a bit more complicated than that because Stroll is bringing a lot of money to the team and may have a clause in his contact that stipulates Bottas (or a driver of equivalent experience and ability) be his teammate. Why? Because a new guy is best alongside a well-known talent. If he loses to a recognised top driver, it’s not unexpected. If he loses to a fellow novice, it’s not good for his career. So, having Bottas there was important. Plus, there’s also the sponsorship to consider because Martini sells alcohol and Stroll is only just 18 – and so an older driver was required to make it a better fit with the Martini target audience. 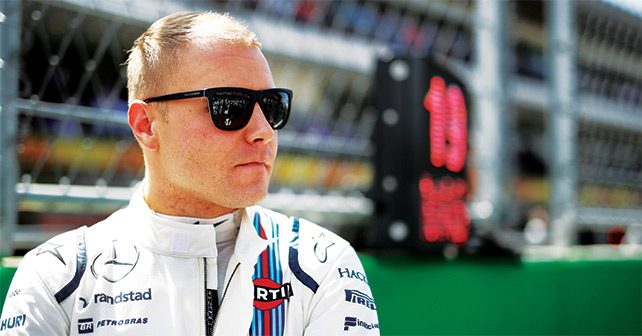 Williams has an advantage and a disadvantage in the fact that it uses Mercedes engines.

While these are the best power units at present, Williams hasn’t done a great job of it because they’ve been given a bit of a black eye by Force India – which finished higher up in the final standings. The downside of the engine deal is that Williams is, to some extent, dependent on Mercedes. And so if it holds out for too much or refuses to sell Bottas’s contract, there’s the possibility that in future the German manufacturer might simply supply a rival team and leave Williams to struggle without Mercedes power. So, a deal has always been on the cards – even if Williams’s deputy team principal Claire Williams said that Bottas was not for sale. And if he is for sale, indeed he’ll want to depart in order to get his backside into a Mercedes. So Williams must simply try to overcome the obstacles in its path and do the best possible job at finding a settlement without annoying Mercedes. It’s a balancing act I’m afraid.

Mercedes always has Wehrlein in the background, but he’s too new to be the guaranteed choice. It’s the same story with the other Mercedes protégé, Esteban Ocon. Nico’s departure came too early for both men. They may still get their chance in a couple of years of course, so long as they keep delivering.

We’ll have to wait to the New Year for all of this to get sorted out, and see what Williams does to replace Bottas – but it looks most likely that Felipe Massa might come back for another year before sailing into an F1 sunset.