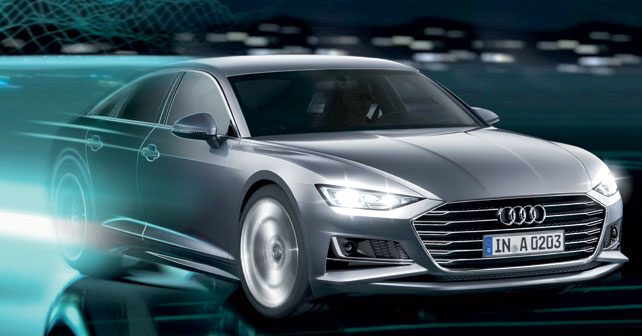 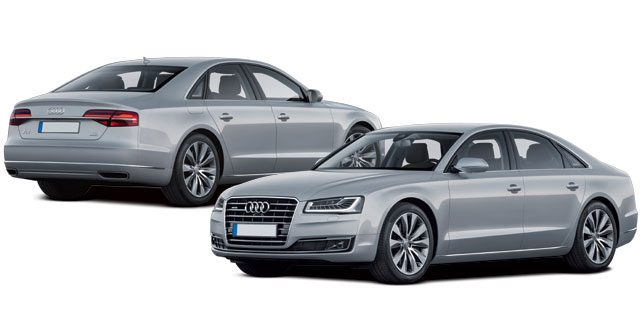 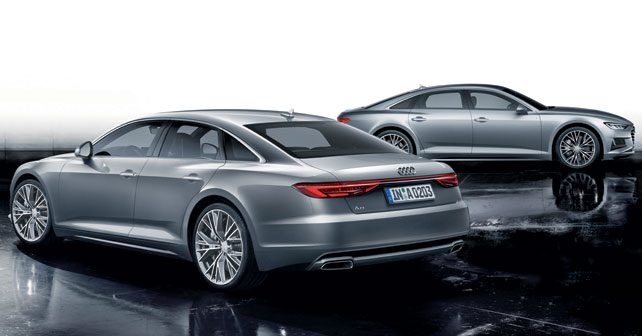 Audi’s new design direction is set to debut next year with the brand new version of the company’s flagship sedan. But, under the skin, there’ll be even more stuff to marvel at…

The man behind this machine couldn’t stay to see it through to production early next year. Ulrich Hackenberg, the former mastermind and technical chief officer at the Volkswagen Group – responsible for the technical development of Audi since 2013 – is one among the fallen in the wake of the infamous diesel-gate scandal. The German engineer, and inventor of the MQB modular platform – among many other technical developments – left Wolfsburg late last year.

Hackenberg’s decision to step down will have been a huge blow to the company, especially when he had so many projects under his belt. But, for the A8, there’s another man who can shoulder the responsibility – Audi’s new design chief (chosen by Hackenberg), Marc Lichte.

The next-gen A8 is Lichte’s latest assignment. In fact, it’ll be the first model to fully bear his signature. Thus far, Lichte’s design inputs have been limited to tweaks on existing designs. And given the short time he’s spent with the brand, there’s only so much he could do to influence the models coming off the production line.

The new A8, however, has been developed from the ground up by him. Therefore, the new flagship from Ingolstadt will also serve as a bridgehead for the company’s new style language – which represents an unprecedented step in the evolution of the brand.

You see, Audi’s designs have been rather predictable over the last few years. But all that’s about to change! If the appearance of the Prologue concept from 2014 is anything to go by, you can expect the new A8 to be a sensational looking thing. To begin with, the signature ‘single frame’ grille remains – it’s become synonymous with the brand since 2003. So, of course, it stays, with its six sides – but now it’s flatter and larger. The front and rear fenders are now more pronounced to emphasize Audi’s Quattro four-wheel drive system, which is the technical soul of the brand. Apart from that, the profile remains clean – intersected only by the now customary ridge that characterizes cars from Ingolstadt. The headlights will be more angular and sleeker, featuring all-LEDs (laser lights are available on request). Overall, the A8 will sport a sharper design. Clearly, it’ll be far more athletic than the current model – with a coupe-like roofline, along with a rounded tail.

The basic architecture will remain unchanged from the current model – which means that it’ll have the same ASF (Audi Space Frame) aluminum frame and several more elements from the Volkswagen Group’s MLB platform for vehicles with longitudinal engines. Of course, the renewed flagship will not only represent an aesthetic evolution, but will also be a huge step up from a technical perspective as well. This means, for instance, that it’ll take a definite step towards autonomous driving. At the moment, the reference points for autonomous driving in the Audi range of production vehicles are the A4 and the Q7 with their adaptable cruise control systems. But that remain active only up to speeds of 65km/h. To go further, the computing capability of the control unit will have to be higher than the current limit of 0.4 teraflops (400 trillion operations per second). Now, this may sound gigantic, but it’s only good enough to handle traffic situations of up to 65-70km/h. To overcome the 120km/h mark, it would take 0.6 teraflops – which should be achievable in the next couple of years.

With its heavily updated and cutting edge infotainment (MMI) system, the A8 will present a more intuitive interface, as well as gesture controls, that can compete with rivals from BMW and Mercedes-Benz. Powertrain options should be similar to those offered on the current car – V6 and V8 petrol and diesel engines, which will be joined by a mighty W12. Power output will range from 272 to over 560 horsepower, sending drive to all four wheels via an eight-speed automatic transmission.

The future of Audi design represents a cross between the aesthetic sophistication of the current four-ringed models, blended with oodles of style and unprecedented technological content.

After much deliberation, the Audi Space Frame (ASF) was confirmed for the new A8. This architecture was originally developed (in the early 90’s) exclusively for Audi’s big sedans. Since then, it’s evolved in leaps and bounds – and is one of the technical signatures of the brand. Different alternatives were evaluated in the beginning. Porsche, one of the strongest VAG members, suggested using the MSB platform – one that will underpin the new Panamera, which is due next summer. The synergistic hypothesis was widely supported by the Board, but it also raised some objections. Eventually Hackenberg was able to have his way, and stuck with the ASF. That said, to spread costs across multiple models, the architecture will form the base for the all-new A9 and the next-gen Volkswagen Phaeton. However, post the diesel-gate debacle, the fate of the Volkswagen Phaeton is in doubt. First, it was decided to axe the Phaeton in the name of cost cutting. Then, later on, they decided to keep it alive and convert it to an electric model – as confirmed to us by the new CEO of the VW Group, Matthias Müller. Nevertheless, the fate of the Phaeton still appears to be somewhat up in the air. 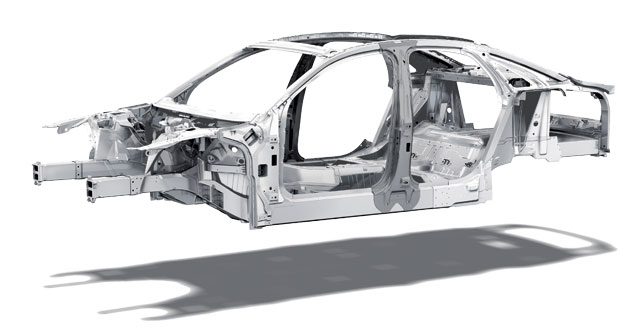 The ASF (Audi Space Frame) stays, but it’ll be lighter than the current model – and it’s perfectly aligned with the MLB platform.

Note the rounded fenders, which are more pronounced to point towards Audi’s famed Quattro four-wheel drive system – the technological soul of the brand. A coupe-like roofline and a rounded tail add to the A8’s athletic stance. 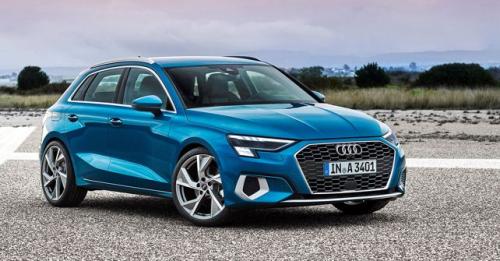 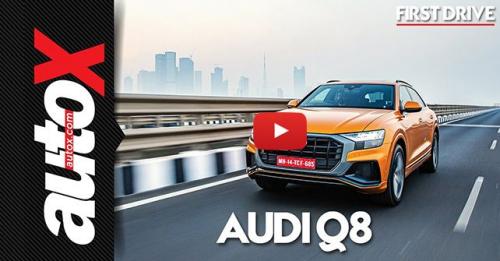