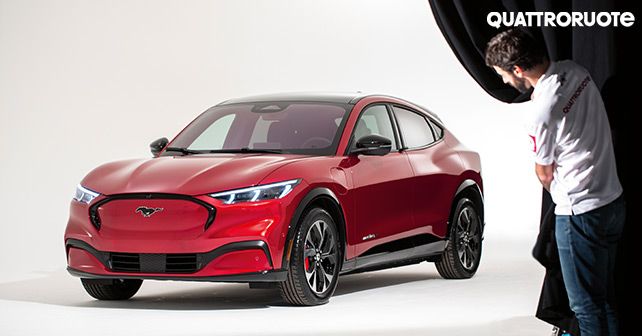 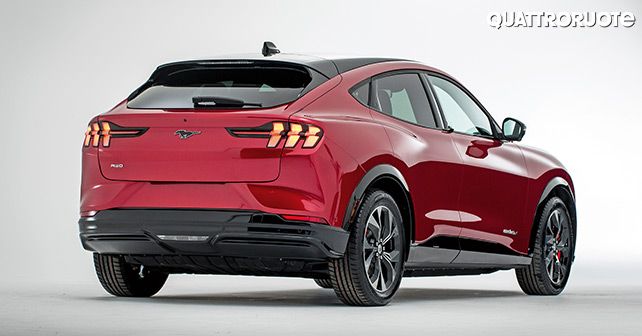 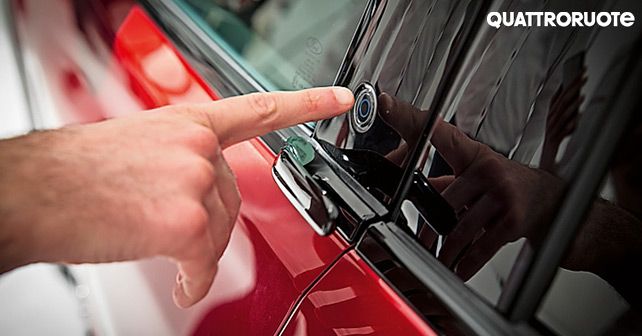 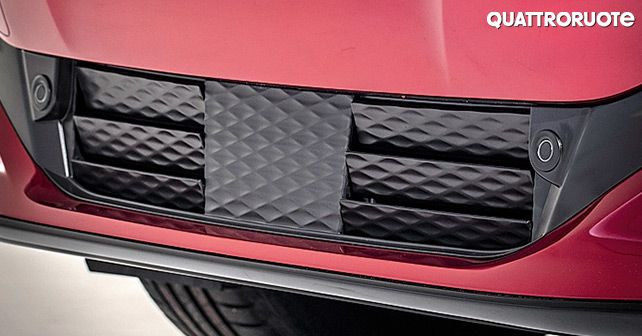 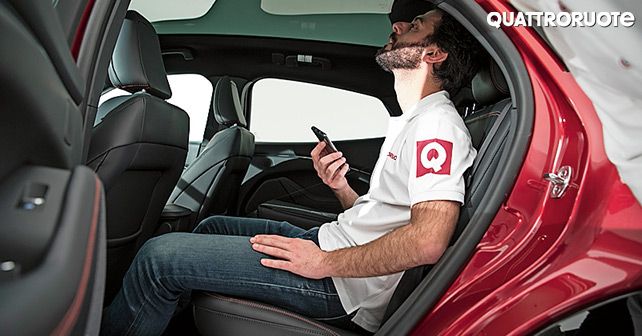 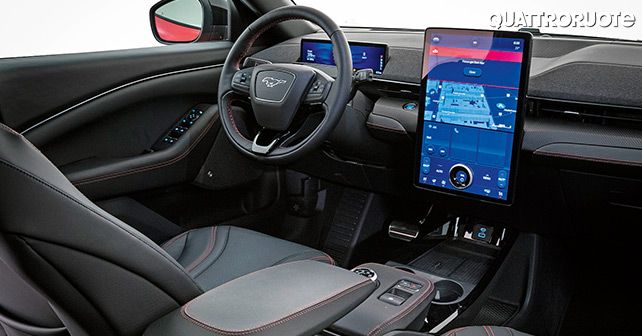 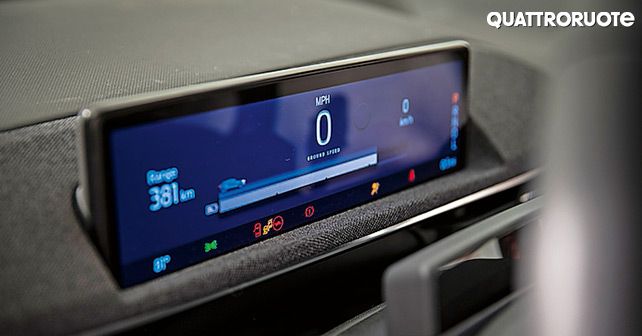 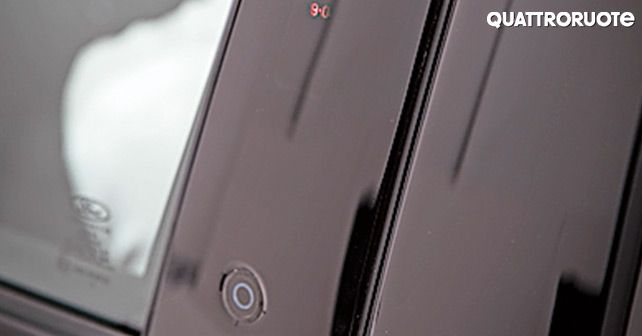 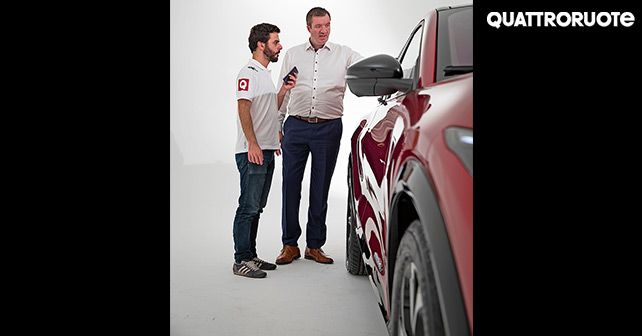 The Mustang Mach-e is Ford’s first electric vehicle. And while it is a nod to the iconic pony car, its soul definitely belongs to the Silicon Valley.

True, it’s not the most harmonious thing that you’ll ever see. Honestly, it looks a bit odd, curiously strange, given its proportions. But when you look at the numbers, the Ford Mustang Mach-e, which is expected to hit the market in less than a year’s time, things suddenly start making sense.

It’s 4,710mm long, which makes it about the same length as a BMW X3. But, at the same time, it has a wheelbase of 2,980mm – a little more than a Mercedes Benz E-Class and a little less than an S-Class. So, what’s the outcome? A side-profile that seems infinite, thanks to a low height of 1,600mm, which is 20mm less than the BMW X4.

The result of all this is something that can’t be explained. You simply have to look at it and decide for yourself. However, despite its unique and very subjective reinterpretation of automotive proportions, the Mach-e also tells you something familiar. Some of its stylistic accents are strongly reminiscent of the Mustang. But, on the Mach-e, which is above all a car that looks to the future, these accents have been retained to give it a distinctive character – something that will not allow it to blend into the avalanche of zero-emission vehicles that are likely to flood the market soon.

To achieve this, explains the head of design, Amko Leenarts, designers carried out ‘ethnographic and psychological research,’ which allowed them to outline the portrait of a typical client. And guess what? It has nothing to do with the Budweiser redneck profile of traditional Mustang lovers – folks who love eight cylinders and stripes on the bonnet.

‘We have defined our target group as the new world idealists,’ continues Leenarts. Those who prefer a MacBook Pro to an aftermarket exhaust, and beer, yes, but small, not ice-cold, and possibly organic, thank you.

So, what was the point of including style accents inspired by the Mustang? ‘It’s still our most iconic model, and its name still brings credibility’. Because, claims Leenarts, even though it’s ‘guiltfree,’ meaning that you don’t feel guilty when you sink your right foot, it doesn’t lack performance.

As already mentioned, it has plenty of stylistic cues that remind you of the Mustang, even in the cockpit, which you enter by pressing a button on the B-pillar, which looks a bit like a smartphone.

Something Unpredictable
One of the first things that will surprise you is the abundance of space for rear passengers. Now, here’s the trick played by Leenarts and co. – to mask the visual encumbrance of the roof, there’s a nice big black band to make the car look more fastback, more Mustang-like, than it really is.

‘An unexpected feeling, a surprise, something that the potential customer of the Mach-e would really like,’ the designer explains. ‘According to our research, the availability of space and the impression of being in a familiar environment are the most important aspects for them.’

Smells of Tesla
What about the second surprise? ‘Sexy technology,’ he replies. Without beating around the bush, he comes to the point and says that the idea was to create the same ‘wow’ effect that you experience when you enter a Tesla. And that mainly comes from the vertical panoramic tablet, which, for a lot of people, has become synonymous with the future.

The screen is great, with 3D navigation and ‘drag & drop’ customization of pages and swipe controls for air conditioning. Bold? Sure, why not? There are no home or back buttons, just two touch buttons – ‘car’ for all vehicle settings and ‘you,’ which can be used to access all your devices and preferences.

All this is monitored by artificial intelligence, of which Darren Palmer of Edison Team, the internal task force to which Ford has entrusted the development of new electrical and connected technologies, is particularly proud.

‘The Mach-e learns your habits. If, for example, you call a certain contact every time you get into the car, after a while the system learns this and asks you if you want to start the call. So, you don't have to deal with routine operations, and you can focus on driving.’ Right. But this ‘thing here’ is still called the Mustang – so, let’s drive! Well, sometime in 2020 perhaps…

We can’t help but get excited when we see an exclusive preview model – especially when a car like this is waiting for you. The Mustang Mach-e first surprises you, and then you can’t seem to get it out of your head! It goes on sale in the US from November 2020 onwards.

From top left, clockwise: the grille to cool the batteries; plenty of space for rear seat passengers; touch-based hidden door handles; and a minimalist interior. The big picture – notice the Tesla-style tablet, with the volume knob at the bottom, the only remaining physical control.

The platform IS NOT DISPOSABLE

The Mustang Mach-e, explained Darren Palmer, will have new technologies, connectivity and two battery variants. The first has a capacity of 75kWh, weighs 477kgs, and is powered by an electric powertrain that produces 258bhp (with an estimated range in the WLTP cycle of 450kms for the rear-wheel-drive variant and 420kms for the all-wheel-drive variant). The second has a capacity of 99kWh and weighs 596kgs – in the rear-wheel drive version, with 285bhp, it has range-topping autonomy of 600kms on the WLTP cycle, and, in the all-wheel-drive version, with 337bhp and 582Nm, it offers a range of 540kms. In terms of performance, its 0 to 100km/h acceleration, according to Ford, will be less than that of the Porsche Macan Turbo. Weight? The claimed values range from 1,993kgs to 2,218kgs. Despite Ford’s agreement with Volkswagen, which will provide its MEB electric vehicle architecture to the Blue Oval, the architecture of Mach-e will form the basis of an electric variant of the F-150 pickup, and possibly even more models in future.