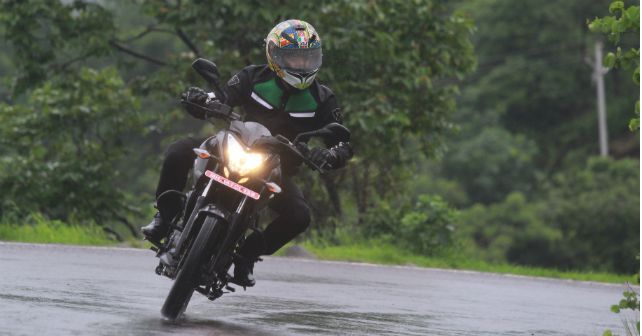 Bajaj’s answer to the Suzuki Gixxer and the Honda CB Hornet 160R is here. We swing a leg to find if it will give its competitors something to worry about

They say great products sell themselves. Such has been the case with the Bajaj Pulsar 150. Although it’s been a long time since it got a generation change, the Pulsar 150 continues to be the best-selling motorcycle in its class. And why shouldn’t it, with the kind of chirpy performance and cheap price tag it comes with. But since the time this current generation Pulsar 150 was launched, the 150cc segment has split into sub-categories. From being the preferred choice of wheels, the Pulsar 150’s conventional design no longer appeals to the younger generation as it used to. The youth of today, want something more stylish, something that is more out there. Bajaj had been missing a product in this sub-segment until they brought in the Bajaj Pulsar NS160 earlier this month. 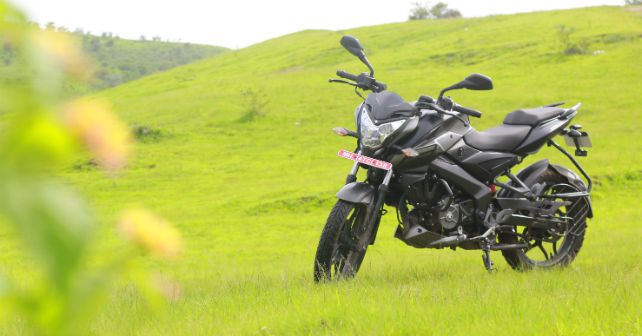 In terms of design, the Bajaj Pulsar NS160 looks identical to its larger displacement sibling. Right from the headlight, large tank, split seat as well as the rear section, everything has been borrowed from the NS200. However, look closely and you will start noticing the differences – narrower front forks, skinny tyres and a new swing arm. Being liquid-cooled the NS200 has a radiator at the front which is replaced by a small oil cooler in the NS160. The only odd bit on the Bajaj Pulsar NS160 is the saree guard. While its ‘grille’ is fitted around the swing arm, the foot rest is fitted in the traditional manner. We sure couldn’t test its functionality, but it does look unusual. The NS160 also comes with all the features that are typical of the class – and that includes a front disc brake, semi-digital instrumentation, and alloy wheels. 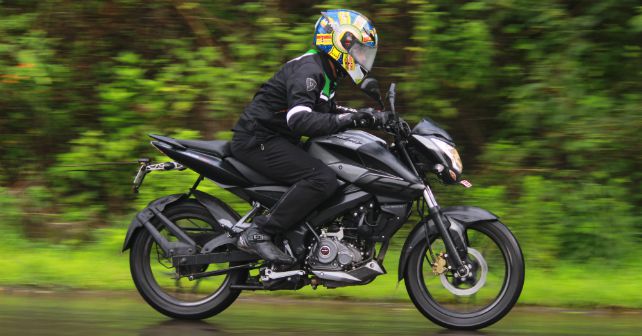 At the heart, the Bajaj Pulsar NS160 gets a 160.3cc single-cylinder engine that produces 15.4bhp and 14.6Nm. First things first, this isn’t an all new engine – it is a heavily worked upon version of the Discover 150 and AS150 engine. Despite the fact the it tips the scale at 142kg (heaviest in class), the performance is impressive. The engine revs briskly and you don’t quite feel any vibrations until you cross the 6,500rpm mark. It isn’t as smooth as the Suzuki Gixxer or even the Yamaha FZ for that matter, but thankfully the vibrations aren’t bothersome. The beauty of the engine though, is in its adaptability. Its rev happy nature, promises an engaging ride but at the same time short first and second gears allow you to trundle in town effortlessly at speeds of 30km/h in fourth. The five-speed gearbox is smooth for the most part but it isn’t the most precise one out there.

Another aspect where the Bajaj Pulsar NS160 really stood out is its ride quality. Bajaj says that they have intentionally softened the suspension in comparison to the NS200. While we won’t call it soft, but it isn’t firm either. In fact, it finds the right balance of the two which helps it in tackling bad roads and corners with equal aplomb. The rain Gods weren’t quite kind to us during our ride due to which we couldn’t push the Bajaj Pulsar NS160 to its limit. The little that we did, the MRF tyres gripped well and the bike felt stable. To perform braking duties the NS160 has been fitted with a 240mm disc up front and a 130mm drum setup at the back. While some of the competitors offer a disc brake option at the back but considering that the disc-drum combo performs brilliantly for the NS160, you won’t quite feel the need for a rear disc. 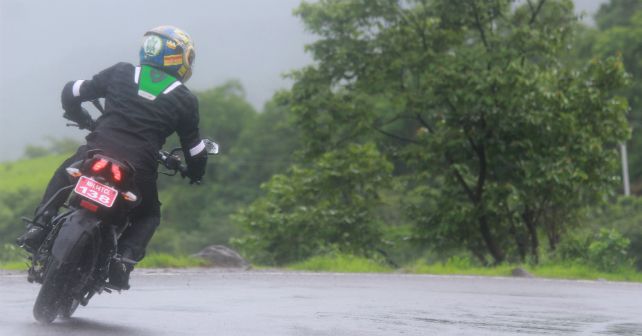 What Bajaj has managed to achieve with the Bajaj Pulsar NS160 is truly remarkable. From offering a comfortable ride to peppy performance, it does most things right. Priced at Rs 78, 368, it sits right in the middle of the Suzuki Gixxer and the marginally more expensive Yamaha FZ-S FI. Although Bajaj has taken their time to bring in a product in this segment, it must be said that they have managed quite a wholesome package.