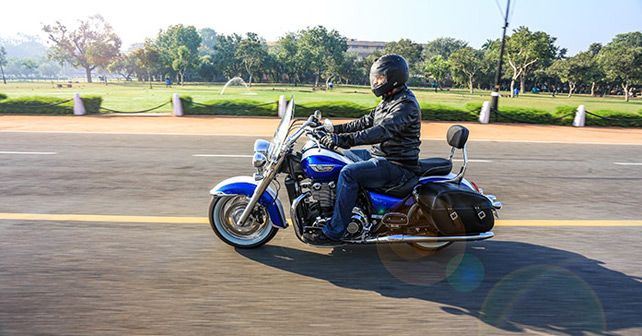 It doesn’t get any bigger than this. In the clash of the titans, it’s Harley vs Triumph, Fat Boy vs Thunderbird LT. Cruiser fanatics, Jared and Arup, almost come to blows about which of these two monsters is the ultimate road hog.

Once in a while, you come across two very different heavy-duty cruisers that enjoy cult status amongst motorcycle enthusiasts. The Harley-Davidson Fat Boy and Triumph Thunderbird LT are each icons in their own right, but with Jared swearing by the Triumph and Arup insisting that the Harley is the better cruiser, things got more than a little heated.

Jared is an American citizen and a Minnesota boy, but, ironically, has no love lost for this particular Harley. His most epic motorcycle journey was on a 1989 Harley-Davidson custom Sportster from New York to Los Angeles. On this 3,000 mile (4,800 kilometre) road trip, the Harley behaved brilliantly and he had the ride of his life. This makes us wonder why Captain America is so eager to change sides, and is leaning more in favour of the Triumph? On the other hand, it was love at first sight for Arup. The Fat Boy, like a new bride, simply charmed him. Yes, we know that sounds strange! But he believes, if it’s a cruiser, it has to be the all American H-D.

Jared, however, didn’t waste any time as he fired the first salvo saying that H-D always seems to overlook the finer points of quality in favour of power and muscle. He feels that the Fat Boy is classic Harley muscle, but not beautiful. The Triumph Thunderbird LT, on the other hand, is beauty and muscle in a refined package. The Thunderbird LT is a variant of the Thunderbird Storm that features saddlebags, and is brawnier and taller than the Fat Boy. Both bikes are heavily garnished with chrome of course. 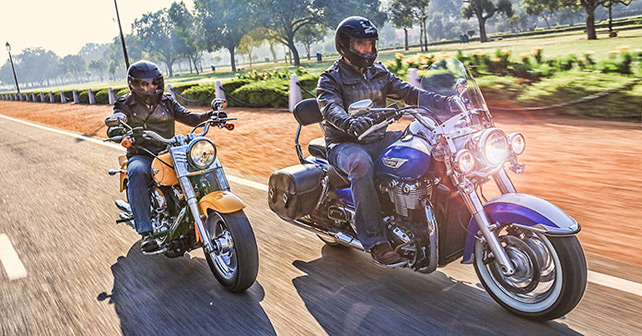 Arup, though, simply shakes his head in disagreement and says that the Fat Boy noses ahead in styling because it retains the beautiful hard tail chopper design of the 1960’s and 70’s, which gives it an original identity. Also, many will mistake the Thunderbird for a Harley – at least in India. And this did happen when we were riding the LT, a kid on the road screamed ‘Oye Harley.’ So much for snob value then! The Fat Boy’s unique 17-inch bullet-hole, disc-cast aluminium wheels are not only a visual treat, but also make it stand apart from other cruisers. Of course, the Thunderbird comes with more standard equipment – like saddlebags and a windscreen. But, honestly, if you’re planning a long distance ride on a bike costing more than 15 lakhs, you’re likely to have a back up vehicle to carry your luggage around. So, do you really need the saddlebags? As for the windscreen, it doesn’t go particularly well with the Fat Boy’s design.

Both the Thunderbird and the Fat Boy are heavyweights. The Thunderbird’s dry weight is a massive 349kgs, while the Harley tips the scales at 318kgs. Both feature similar sized engines – 1,699cc and 1,690cc respectively. The Triumph produces 93bhp and 151Nm of torque via a motor that’s very refined with very few vibrations. At low revs, the pistons don’t thump the engine as much as they do in the Fat Boy, and the throttle response is a lot smoother. Triumph has done well to engineer such a goliath of an engine into one that’s calm and composed. Not only is it less vocal than the loud Fat Boy, but it’s also quicker as well.

Arup had no choice but to concede that Jared had a valid point. Unfortunately, Harley-Davidson doesn’t reveal engine power figures, but going by the torque figure of 132Nm, both agreed that this marauder is never short of power. Contrary to popular belief, the Fat Boy is not a lazy boy at all – but very responsive. Twist the throttle, and it’ll push you back a bit as the beast roars ahead. Let’s be honest, a slightly loud exhaust does give the rider a huge ego boost. Arup painfully agreed that when it comes to refinement though, the H-D can’t match the Triumph, but it’s hardly shoddy from any angle. The build quality is actually pretty good.

Jared then gushed over the Triumph’s riding position. He felt it’s more suited for long distance cruising – but he had to concede that, in the city, the Fat Boy was far easier to handle. The Thunderbird weighs over 30kgs more, and has a wider handlebar. The seats are much more soothing for the lower back on the Triumph, with softer and wider cushioning – and the absence of vibrations makes the ride more relaxed as well.

The suspension of the Triumph was also a lot softer compared to the stiff American highway cruiser, which doesn’t do too well on Indian roads. Even around corners, the Triumph felt a lot more composed and easy to handle, but with the Fat Boy you need to align your entire body with the bike to turn it. The brakes were also more responsive on the Thunderbird, but that could be because the Fat Boy had a lot more mileage on the odometer.

Arup was quick to counter that saying, in terms of handling, the Fat Boy is actually superior because it’s lighter. He also added that not everyone is over 6-feet tall and built like an oak tree (which Jared is) to manoeuvre the Thunderbird comfortably. Apart from the superior saddle, the Triumph is a pain to ride in city traffic as it’s too big and heavy – it almost feels like a one room apartment on wheels. The riding stance of the Fat Boy, on the other hand, is comfortable – so one can just sit back and ride in style.

Jared’s final take on this classic case of America versus England is where it comes down to the wire – the Triumph is a much more refined machine. It’s quiet and composed on the road, and is also faster. The Triumph exudes typical British understatement, and caters to the more sophisticated rider.

Arup, on the other hand, wants his cruisers to be a bit more old school – and therefore more charming. If you find the bike too loud, then buy a sports tourer. Everyone likes the bad-boy image, and no one will mistake a Harley for any other bike. Plus, the Fat Boy is more agile, easier to ride in traffic, and makes you feel like the king of the road. So, ultimately, we’re back to square one – heads I win, tails you lose. Whether it’s the American legend or the British Aristocrat – whichever way you choose, you end up with a world-class cruiser! 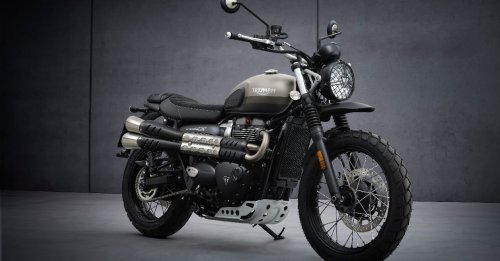 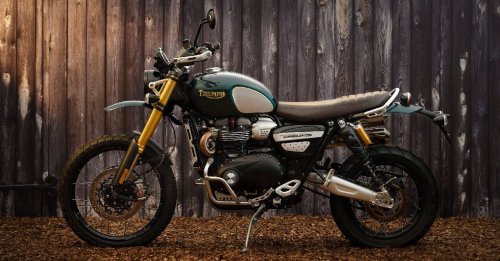