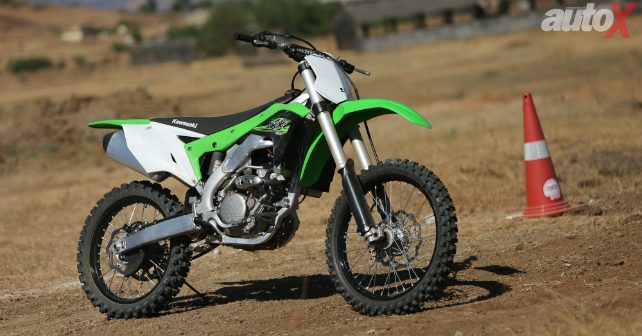 The Kawasaki KX100 and KX250F should come with a disclaimer – ‘Not for the faint hearted!’

As motoring journalists, we’re exposed to some outlandishly crazy motorcycles – some that can make you soil your pants with acceleration that can give the best hypercars a run for their money and others that weigh over 300 kilos but yet are brilliant to ride. Our recent encounter with the Kawasaki KX100 and the KX250F, however, was unlike any other.

For one, these motorcycles are crafted for competitive motocross racing – which means that they’re featherweight, but pack enough punch to scare you silly. And I was to test them on a specially created motocross track – with no prior experience of riding a motorcycle of this genre on a track such as this. But there was no curbing my excitement, and so I gathered enough courage to swing a leg over these two. 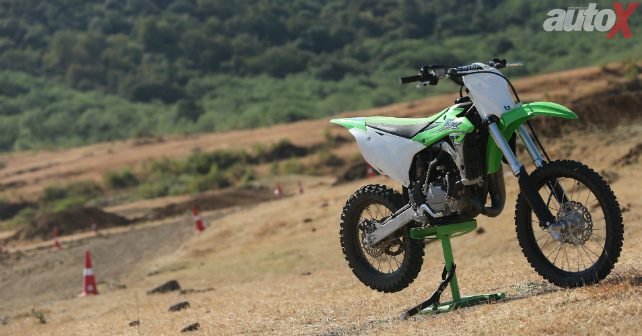 The Kawasaki KX100 and KX250F look immediately intimidating. To reduce weight, they have an extremely purposeful design with just a narrow seat, a tiny fuel tank and high mounted mudguards. It’s no wonder, then, that they tip the scales at just 77kgs and 104.3kgs respectively. But for a person of average height, like me, the 940mm seat height of the KX250F can be quite unnerving. So, to get acquainted with the dynamics before jumping on to the larger, more powerful 250, I hopped onto the KX100 first. Having ridden various litre-class motorcycles in the past, I thought to myself ‘how menacing could it really be?’ As it turns out I was in for a surprise. 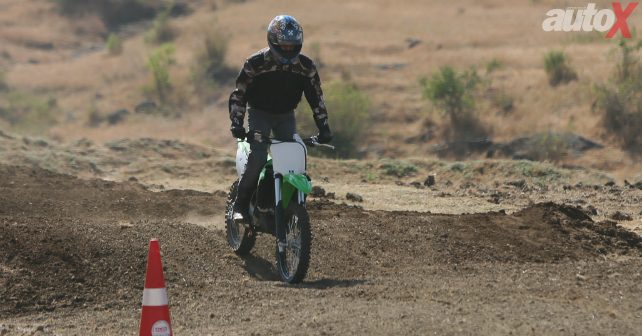 To get familiar with the circuit, to start with I went very easy on the throttle and short-shifted as I went around. I was able to hold the bike in second gear while on the mud mounds and shift to third on a few occasions – I even got fourth down the straight. The KX100 felt reasonably manageable and I was starting to gain the confidence to push it a bit harder. On the third lap, as I passed the main straight and whacked the throttle harder, the KX100 turned from Dr Jekyll to Mr Hyde in no time. 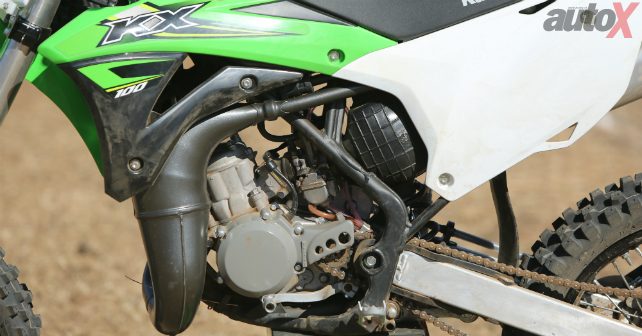 The thing with the 99cc two-stroke motor of the KX100 is that, at lower revs, it might seem easily controllable, but it only makes peak power right at the top of its rev range. And when it does, it comes with a jolt that can easily get its front wheel pointing north. Before I could recover from the shock, I was fast approaching the first corner. Thankfully, the Dunlop rubber grips extremely well – even with the rear wheel dancing around all over the place. As I climbed the first mud mound, I tapped the brakes a little to settle the bike. I rode the rest of the lap only to realise that the KX100 isn’t happy puttering around at low revs – it wants to be the hooligan that it is. To make sure that the KX100 can take the beating that the engine can put it through, Kawasaki has fitted it with a 36mm inverted fork up front and a Uni-Trak single shock system at the back. The front shocks get 20-way compression damping, while the rear monoshock gets 24-way compression and 21-way rebound damping plus adjustable spring preload. Both springs have 275mm of travel. 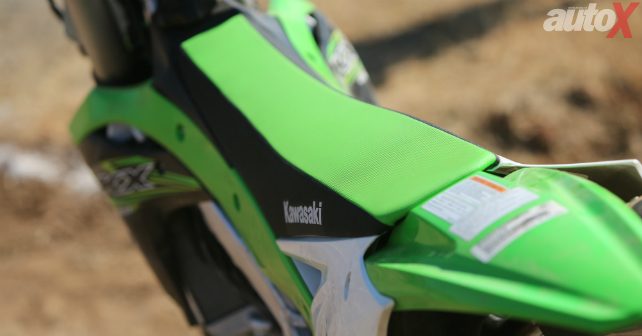 Having experienced the psychotic nature of the KX100, I was expecting the larger KX250F to be even crazier. And, once again, I was in for a surprise – although this time a relatively pleasant one. For starters, I had to struggle getting onto the KX250F thanks to its tall seat height. But once I was in motion, it isn’t something that bothered me at all – well, at least not until I was forced to stop on uneven surfaces. Although the KX250F sports a four-stroke motor, unlike its smaller sibling, in nature it is quite similar. That means this one too is somewhat sluggish at the bottom end of the rev range and schizophrenic at the top-end. But the beauty of the KX250F is in its dual injector setup that gives it enough punch in its mid-range too. So, when you twist the wrist, the spike in acceleration from the mid-range to the top-end doesn’t feel as frantic as its two-stroke sibling. While this made it moderately manageable, its wider dimensions made it easy to grip the tank with the knees – inspiring additional confidence. As you’d expect, the KX250F kept wagging its tail like a happy dog. But the trick, like in most off-road motorcycles, is to trust in the tyres with your life and let the bike do the rest. Taming the KX250 is not an easy task. So, to give yourself some time before you unleash the true spirit of the KX250, you can switch to the ‘relaxed’ white engine map. There are two other maps – green for a moderate setup and black for the experts. 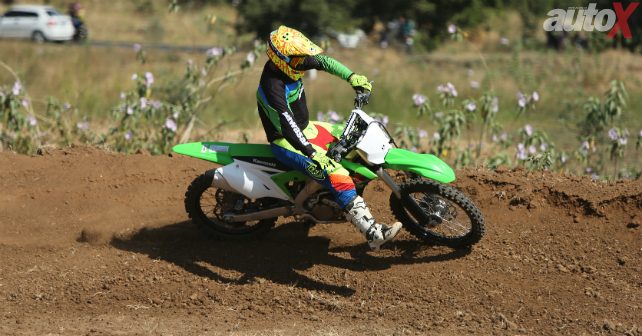 Bred purely for racing, the KX250F’s suspension is setup on the stiffer side to limit front-end dive. But the Showa sourced separate function forks up front and the monoshock worked superbly in absorbing the bumps and jumps of the track thanks to its 310mm travel. It took everything that I put it through with such poise that it gave me the confidence to push further. In fact, I was almost starting to overestimate my skill around a motocross track. 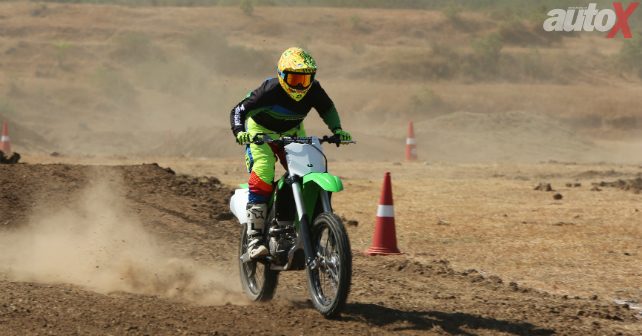 The KX100 sits just above the entry point into the motocross world, while the KX250F is the next step up before you graduate to the larger KX450F. Both these motorcycles are by no means cheap. Kawasaki launched the KX100 and the KX250F in India at Rs 4.68 and 7.14 lakhs (ex-showroom, Delhi) respectively. Now, these aren’t your run-of-the-mill motorcycles that you can ride out of a dealership. Being competition bikes, they aren’t road legal – but you would have guessed that already with the absence of headlights, instrumentation and saree guards. But if you have deep pockets, a pick-up truck and a love for off-roading, these are toys that you should definitely have in your garage. Beware, though, the KX100 and KX250 have a very extreme character! If you have the skill to put them through their paces, they can be so much fun that you simply won’t want to stop riding. But if you aren’t so inclined, they will most certainly scare the bejesus out of you…

X-Factor: Ruffian, psychotic, wild – call them what you will, the KX100 and the KX250 can be insanely fun if you know how to handle them.