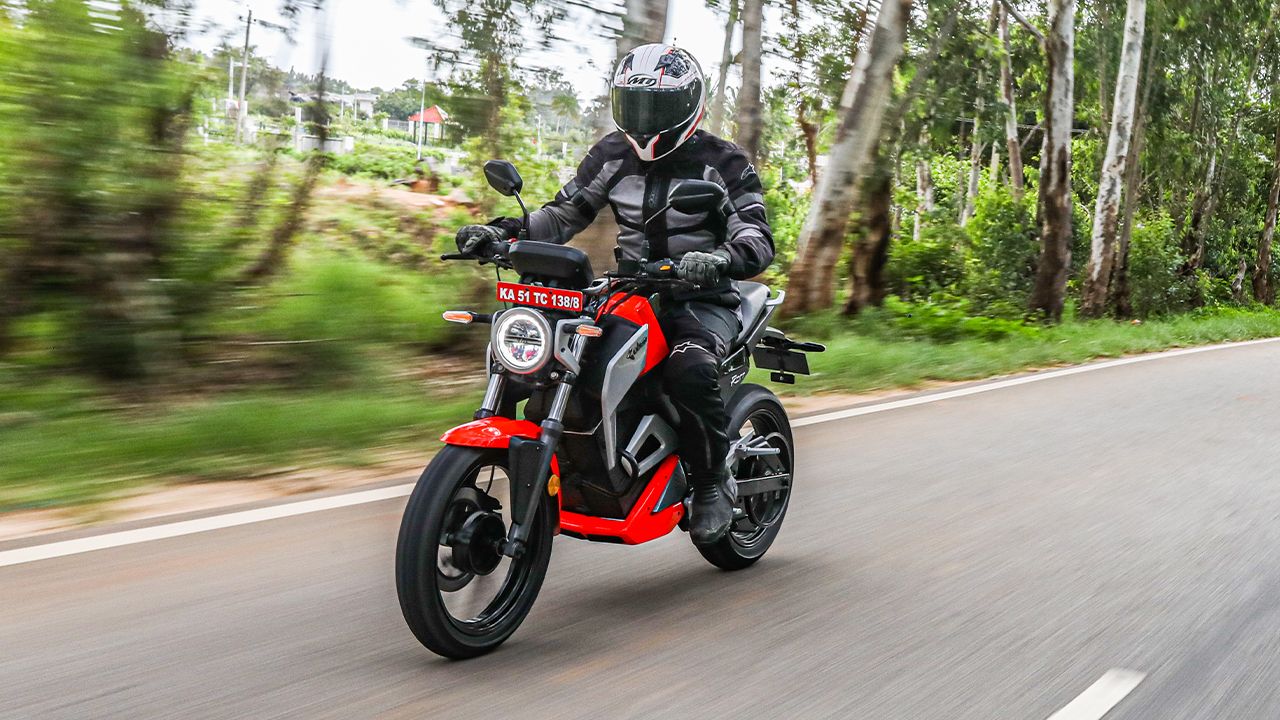 Trying to become an EV manufacturer in the two-wheeler space right now is quite literally like facing a trial by fire – something that Oben Rorr, a new contender in the market, isn't shying away from.

The first thing that hits you when you look at the Oben Rorr is that it doesn’t look like an 'electric' motorcycle, for it’s got a fairly traditional shape. It’s only when you look at the cube where the engine is supposed to be, that you realise there is something different about it. Then you notice that there are no foot controls and that the rear brake is where the clutch would ideally be, which makes you think of it as a scooter. Frankly, it’s a busy first impression and leaves you wondering what this motorcycle is trying to be. But when you look at the price sheet, you realise that the Oben Rorr has its sights trained squarely on the 150cc segment. 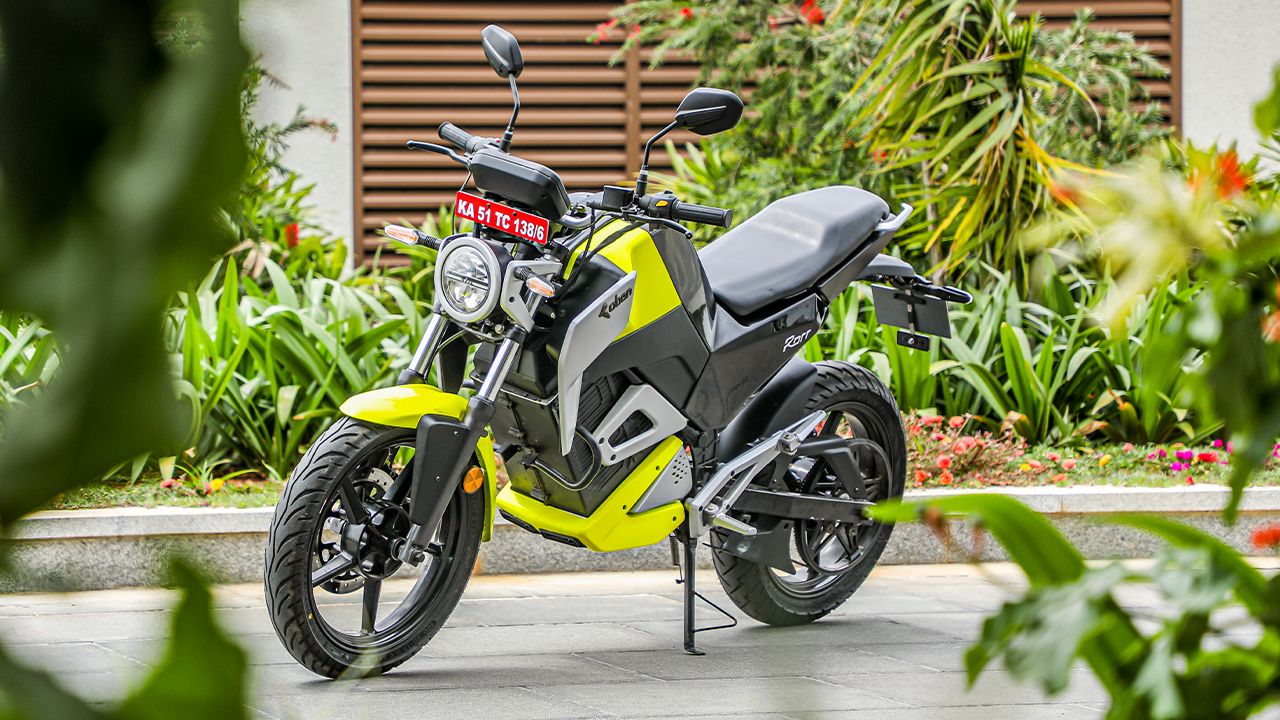 At under Rs 1 lakh (ex-showroom, Maharashtra), Oben’s Rorr is promising to be light on your wallet. Yeah, the prices increase depending on where you stay, but despite that, the Rorr is an affordably priced EV. And when it comes to electric vehicles, that’s not something you hear every day. Charging it is a breeze – the only way to charge the Oben Rorr’s 4.4kWh battery is by using a 15Amp plug, which stays neatly tucked into where the fuel tank is in a traditional motorcycle. The only thing you need is a 15Amp socket to plug it into, and you’ll get from 0 to 100k of range in just 2 hours. Since there’s no other way to charge it, you only have to pay the usual charges for electricity. You also don’t have to deal with patchy electric networks or faulty chargers or any other problem associated with the up-and-coming EV charging infrastructure.

The electric motor promises to get you from 0 to 40km/h in 3 seconds, in Havoc mode. That’s what the Sport mode is called in the Rorr. It’s what you want to be in pretty much all the time, as you get a top speed of 100km/h (I saw 104km/h on the speedo on a downhill section), and the acceleration feels brisk. Not nervy, just brisk – exactly what a small city motorcycle needs. Oben claims that you can ride for 100km in Havoc mode on a single charge. While we didn't find it to be the case while riding up and down Nandi Hills in Bangalore, we would like to reserve our views on its range until we properly test the range of this motorcycle. Throttle calibration is an issue in Havoc mode – even after you close the throttle, there’s a slight lag before the motor fully cuts power, which can catch you off-guard, especially around corners. The other two modes are City and Eco, and the range in those increases to 120kms and 150km and the top speed decreases to 70km/h and 50km/h, respectively. Driving-wise, the motor’s output drops substantially in Eco mode, although it’s still fairly usable in City mode. Frankly, overtaking was the only big issue that I faced at times in both these modes. 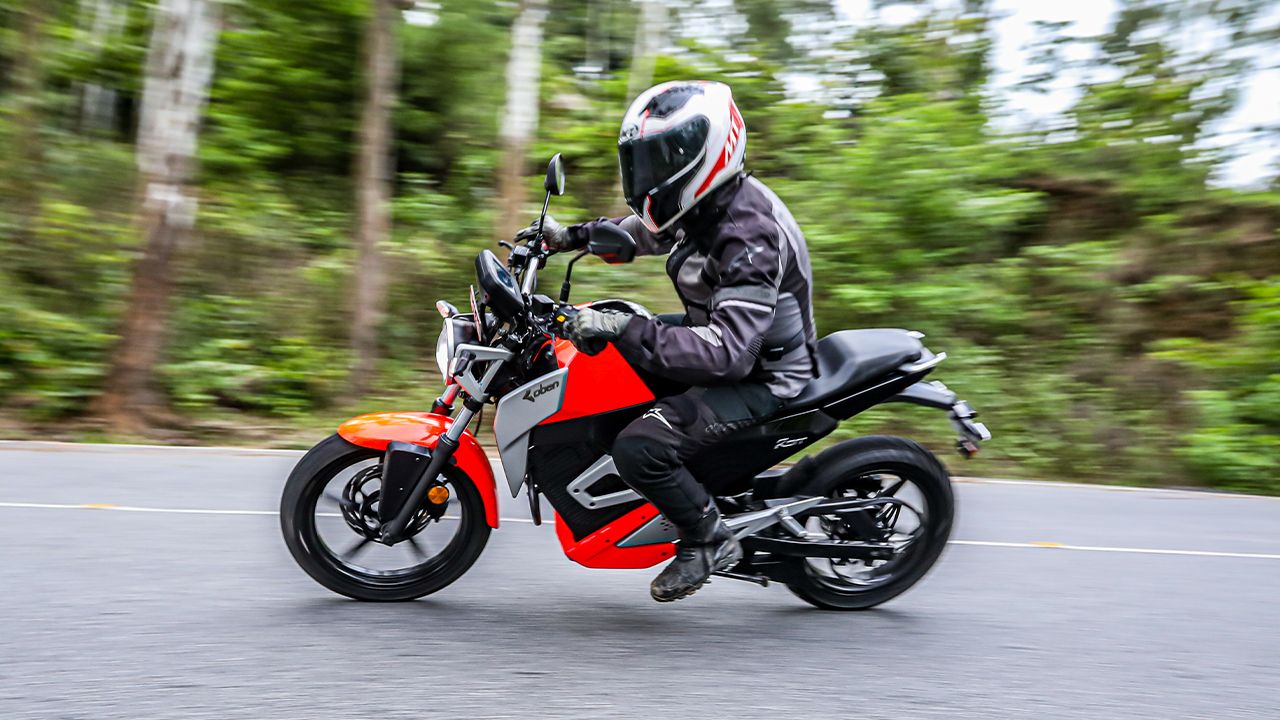 While riding up and down Nandi Hills, I also experienced the Rorr’s cornering ability, and honestly, I was pleasantly surprised. It felt agile – and why not? After all, it weighs just 130kgs – and remained absolutely planted around corners. The chassis behaves in a very neutral fashion, so you feel confident pushing it through a corner. The Ceat tyres feel grippy on dry tarmac and keep their composure on a slightly misty/greasy surface as well. Our test bike had a 100-section tyre at the front and a 130-section tyre at the back, along with ByBre brakes. The braking hardware, however, leaves you wanting more. While it can produce enough braking force to stop the motorcycle quite comfortably at any speed it is capable of, you have to pull the lever with quite a force as if you are holding onto them for your dear life – it’s not the smoothest experience. Now, I must say that I did mistake the left lever for clutch sometimes before entering a corner, but I quickly got used to the scooter-like configuration of the levers and the absence of foot controls. 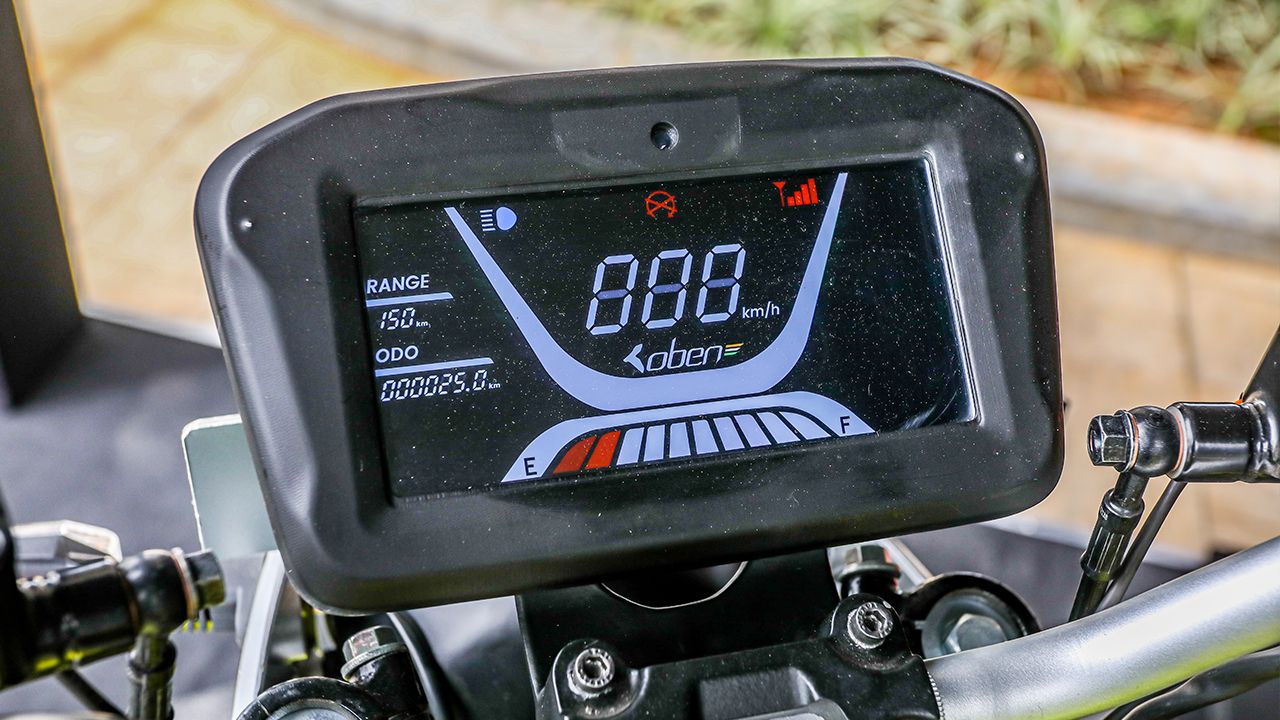 Let's talk about the build quality first. It’s basic right now, and the customer unit will need to be a lot better than the one we got to ride. The horn on our unit wasn’t working either. After a few hours of hard riding, I managed to eke out a range of just over 70km, which means that you will need to charge the Rorr every day. Then there are the brake lines, which act as a cushion between the forks and the tank when you turn the handlebar. I am confused as to what I should lament over in this situation, but Oben has said these are teething issues that they plan to resolve before they start delivering the Rorr to customers. Customers can start test-riding the Rorr from 2nd July. Oben will visit a total of nine major cities to showcase the motorcycle to potential buyers. Now, Delhi is one of the cities that Oben will visit, which will allow us to spend some more time with the Rorr to understand it better. As for the 150cc motorcycles, they don’t need to be worried – not just yet, anyway.

X-Factor: The Oben Rorr doesn't require specialised charging hardware to top up its batteries – all you need is a 15A socket.