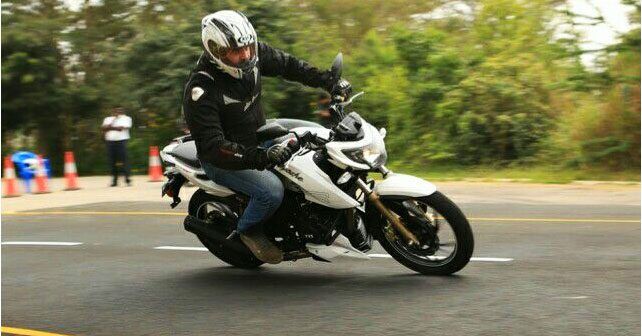 The long wait is over and the TVS Apache RTR 200 4V is finally here. We got to spend the day with it at the TVS plant in Hosur, and we came away mighty impressed.

For two years now the TVS camp had been very quiet. While the Indian two-wheeler market witnessed some exciting new entrants and the creation of new segments, we didn’t see much action from TVS. Sure, the Apache commercials still aired regularly, and the TVS Apace RTR 180 was the first Indian motorcycle to feature ABS in the sub-200cc category, but TVS weren’t really keeping up with the competition in terms of new product launches. The biggest, and most exciting piece of news we heard from TVS was their collaboration with BMW, which has resulted in an upcoming 300cc motorcycle.

But now, there is even bigger news as TVS has just launched the TVS Apache RTR 200 4V. We were invited down to Hosur to ride the new Apache and I have to say that the bike fulfilled all my expectations. The Apache as a brand is already very strong and the entire range is highly appreciated by the Indian consumer. The bike has sporty DNA and racing technology imbedded within all its models, and the new Apache RTR 200 follows that same lineage. 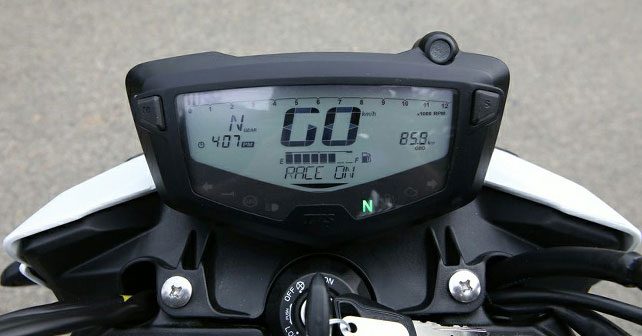 When we first got a glimpse of the bike we were very happy with the design. The new Apache follows the same design philosophy and looks much the same as the older Apache models, but this time it’s slightly bigger and has got some very nice aesthetic upgrades that make the bike look even sportier and aggressive. The first thing you will notice is that the fuel tank design with its side extensions is much the same as the older model, but its bigger and more shapely. When you sit on the bike you can definitely see that it’s much wider, giving the bike some muscle. Then there is the addition of the split seat, which will make any bike seem more athletic. The headlight has also got a new and sharper design, and it gets some nice DRL's. Another great sporty attribute are the clip-on handlebars, which really give the bike a streetfighter look – and makes it feel like one to. The tyres are also bigger, and you get to choose between TVS tyres or Pirelli. Other design upgrades are the new digital instrument cluster that has a feature list of its own, a new LED taillight, a double-barrel racing exhaust, and all the colour options have a matte finish, which look spectacular – our favorite was the white.

Besides the many design changes, the new TVS Apache RTR 200 4V has been completely re-engineered and the most obvious upgrade is the 198cc, single-cylinder, oil and air-cooled engine. The engine produces 20bhp and 18Nm of torque. It’s been brilliantly engineered and is very refined and super smooth. There are however two engine variants available – carbureted and electronic fuel-injection. The EFI engine is obviously smoother, and it’s got better acceleration, but the difference is hardly noticeable. The initial acceleration of the bike is quite good and the throttle response seems to be on point, however I do feel that the bike needs some more power at the top end. 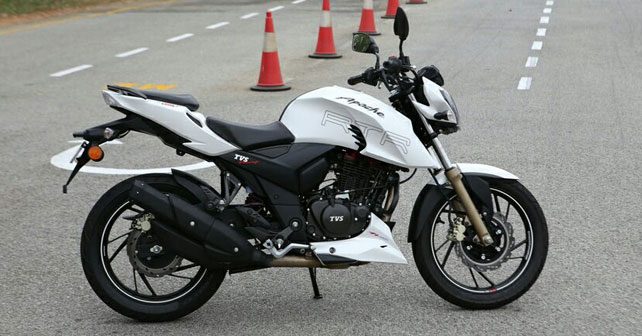 For city use the power is good, but if you plan to do some highway riding then you might find that the bike is slow to pick up the pace. Once you are past 80kmph, it’s a slow but gradual climb to hit a top speed of around 125kmph. But then again, the Apache RTR seems to be a nice compact streetfighter and in the city you will have plenty of fun with it. The engine is mated to a 5-speed transmission and it works well. The clutch isn’t heavy and the gear changes are very smooth. The overall quality of the engine and transmission feels superb.

I really loved the riding position of the bike, and the overall feel and ergonomics. As I mentioned earlier, when you get on the bike the large fuel tank, and the clip-on handlebars situated fairly up close to the rider – but high – make the bike feel like a proper streetfighter. It’s an aggressive riding position as you lean a bit forward with your feet slightly behind your knees, but it’s also very comfortable and relaxed – a lot better than the KTM Duke 200, which is now the Apache’s only competitor. The bike also handles really well, and we had a great time pushing it around the TVS test track. The chassis is very stable and the bike is built nicely around it to make it well balanced. The suspension is also very good as it’s been setup to be not too stiff and not too soft, and I think it has found the perfect tune. The front uses telescopic forks, while the rear gets a race tuned KYB monoshock. There are also front and rear disc brakes and they do the job just fine. An ABS version of the bike will also come out in a few months. 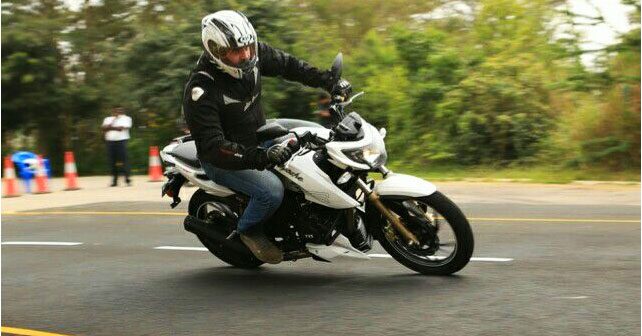 After riding the bike for a couple of hours I really began to get attached to it. TVS have done a fantastic job with the Apache RTR 200, and I am sure the loyal fans of the Apache will highly appreciate its overall design and performance. The KTM Duke 200 might have a little bit more power, but as a total package, the TVS Apache RTR 200 4V is much better. The overall build quality of the bike is very good and because it’s a TVS you can be rest assured that the bike is reliable and you will never have problems with servicing or components. So it’s safe to say, that after being fairly quiet for a couple of years, TVS has finally come back with a bang. 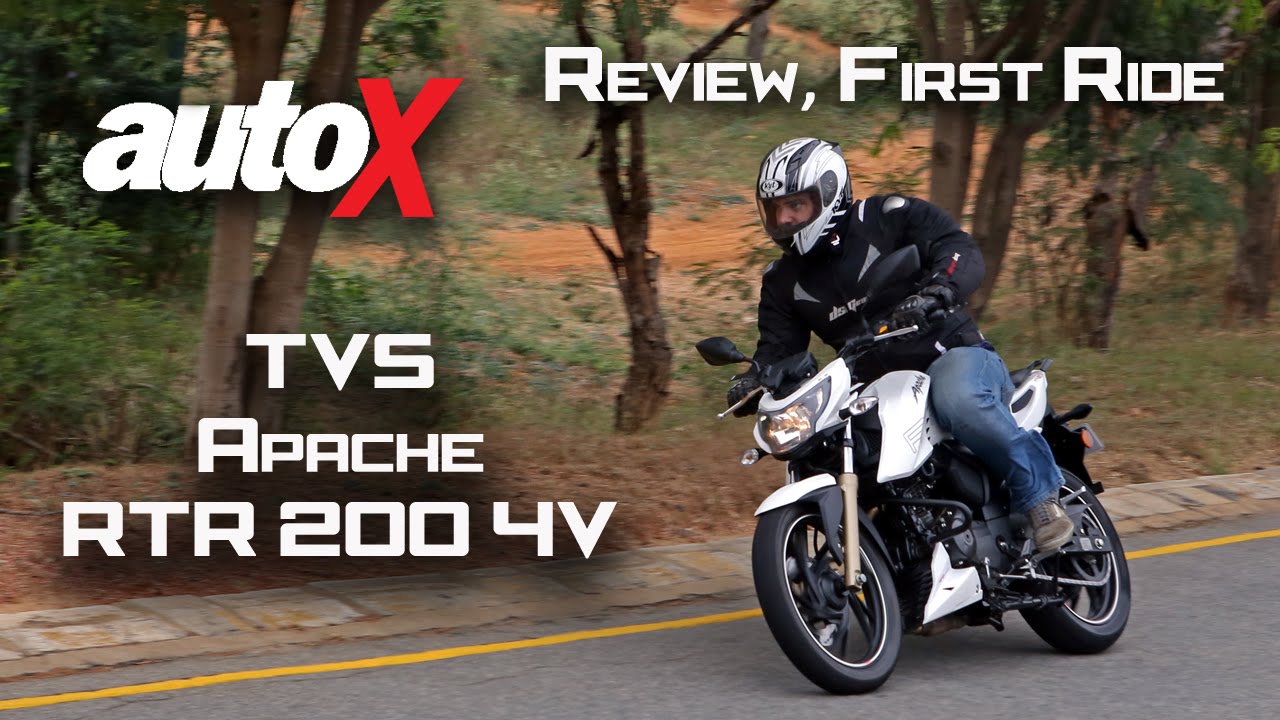