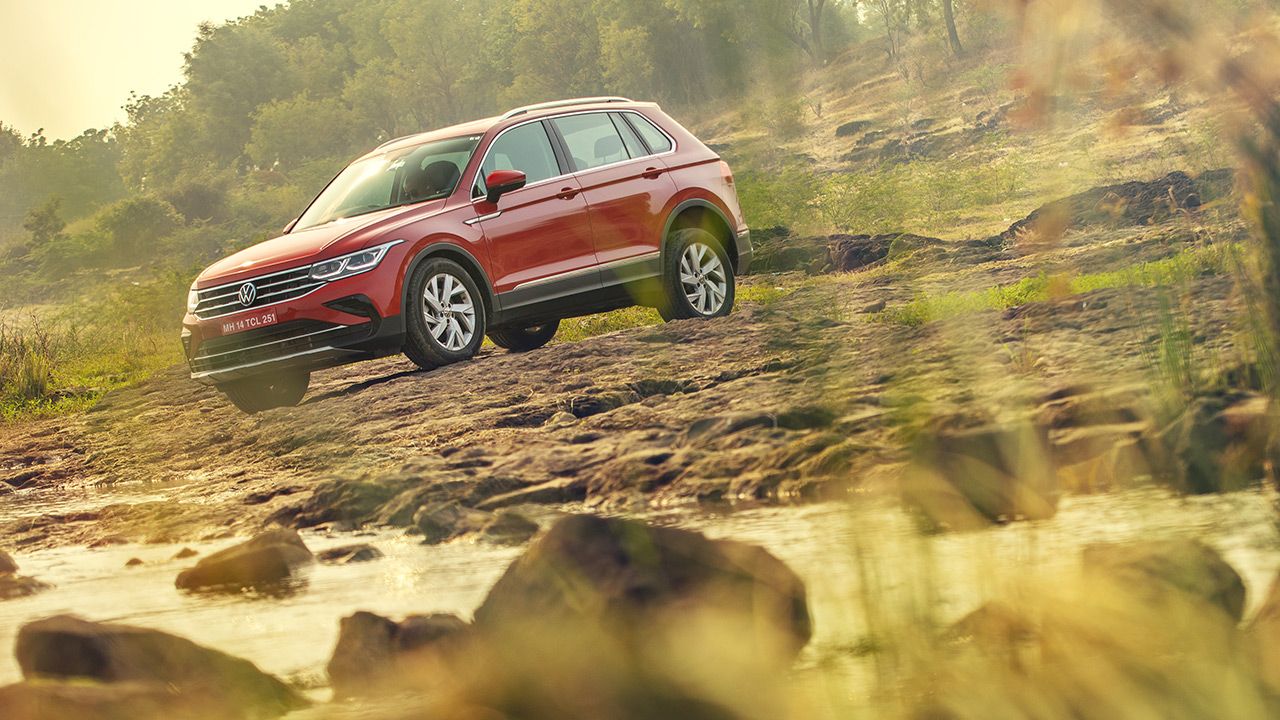 Volkswagen’s Tiguan has been setting benchmarks in the SUV segment ever since its inception, especially in terms of practicality and driving appeal. Now it’s back with a nose job and a new heart.

In the spirit of transparency, let me admit that having driven all three previous variants of the Tiguan in India extensively – think thousands of kilometres in each variant – I consider myself an expert on the various Tiguan models sold in India. So, when I say that the latest version of the Tiguan is the best ever sold in India, I mean every word of it, even though it may sound like a big claim, verging on exaggeration. Sure, it doesn’t have a diesel option and three rows of seating, but I still think this SUV is completely worth your money and attention. Let me explain why.

Globally, the Tiguan is one of the most successful products for the manufacturer – heck, Volkswagen manages to sell almost ten lakh units of it every year. And if you look closely, you’d know why. At just over 4.5 metres long, it has the perfect length to be an urban runabout in India, or Europe, for that matter. And, at the same time, the spacious interior and boot mean that the Tiguan can handle long road trips with family and luggage without breaking a sweat. 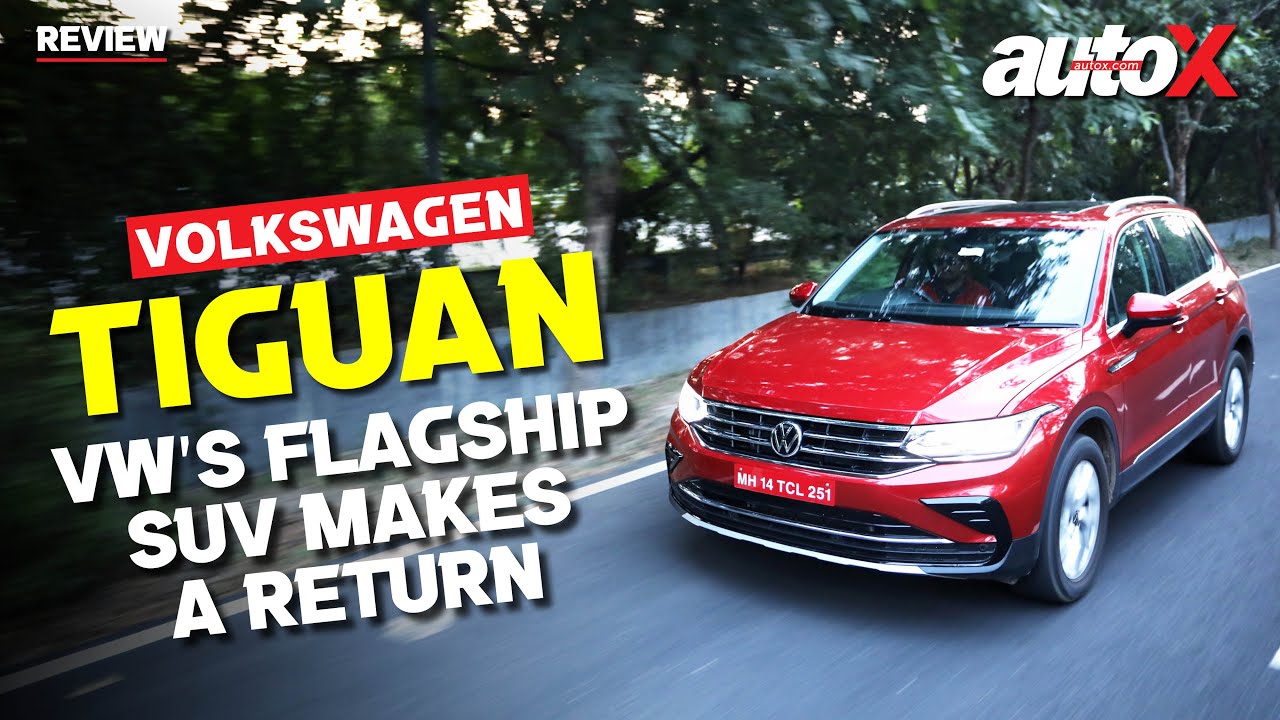 Now, the latest version of the SUV features a new design, but most of the design changes are restricted to the front and rear end. Upfront, you get a new grille, which looks pretty good, but it’s the new swept-back headlights that really catch your eyes. They also significantly add to the driving appeal of the SUV, but I’ll come to that later. The widened air dams on the front bumper, and the interplay between chrome, gloss plastic, and black elements makes the Tiguan look dashing on the road.

It’s a similar story in profile –  the shortened body, compared to the Tiguan AllSpace, paired with the new 18-inch alloy wheels renders the Tiguan a perfectly proportioned look, although 19-inch wheels could, admittedly, make it look even sexier. At the rear, the new Tiguan badging looks fantastic, and so do the new LED taillights. 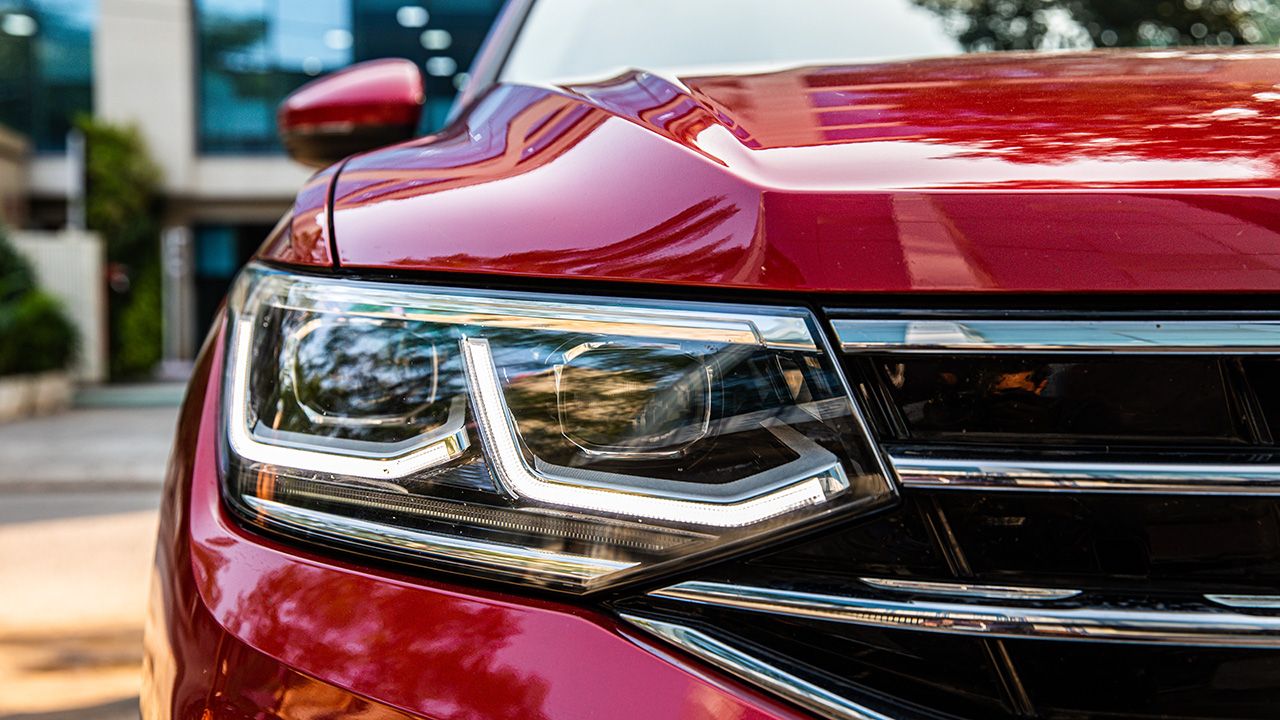 Two outstanding features of the new Tiguan, though, are the availability of bold colour choices – the Kings Red featured here is my favourite – and the new IQ.LIGHT matrix LED lights, which light up the road like the sun. And no, I’m not exaggerating when I say that the Tiguan’s headlights are amongst the best headlights I’ve ever used, especially considering the Tiguan’s price.

The biggest change for the Tiguan, however, is its complete switch to petrol power. You see, I used to be a huge fan of the 2.0-litre diesel units in the earlier Tiguan models, which offered a fantastic mix of performance and efficiency. Unfortunately, due to ever-tightening regulations, the Tiguan is now a petrol-only offering, and despite my initial cynicism about it, I must admit that I’ve actually become a fan of the new engine. At first, I thought the new Tiguan will be slower, given the missing torque and efficiency of the previous diesel unit, but the 2.0-litre TSI unit proved me wrong on all fronts. 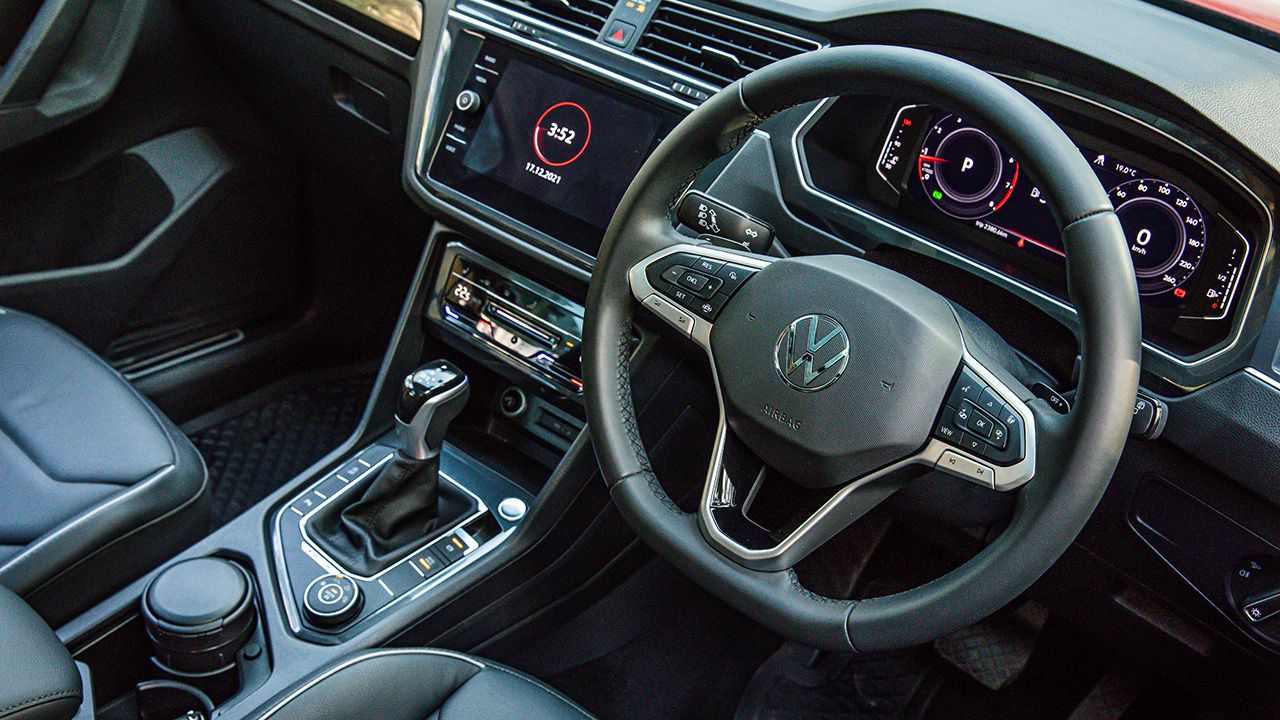 It’s not the 188bhp and 320Nm that make the headline – it’s the availability of the torque from just 1,500rpm and the free-revving nature of the engine that defines the whole driving experience. Right front the get-go, the engine impresses you with its fantastically controlled NVH levels, and the power delivery . . . well, let’s say that it’s simply stupendous, also due to the fact that the DSG automatic gearbox is beautifully mated to the engine. Pair this with the standard-fit AWD system, and you have an SUV that’s an absolute driving weapon on our roads, offering the right amount of acceleration, power, and that excellent driving feel, which we all crave.

In fact, during my two days of driving – and I did manage to cover over a thousand kilometres in that time – the Tiguan was impressively flawless. The suspension was spot-on, offering the right mix of comfort and handling for our roads, and the engine and gearbox seamlessly operated together to offer superlative real-life performance. In fact, my first thoughts after a long drive in the Tiguan were about the tuning potential of the 2.0-litre turbocharged engine and the fact that the new Tiguan could very well be an enthusiast’s performance SUV of choice – engine remaps, turbo upgrades, suspension, brakes are a dime a dozen, but that’s a discussion for another day. 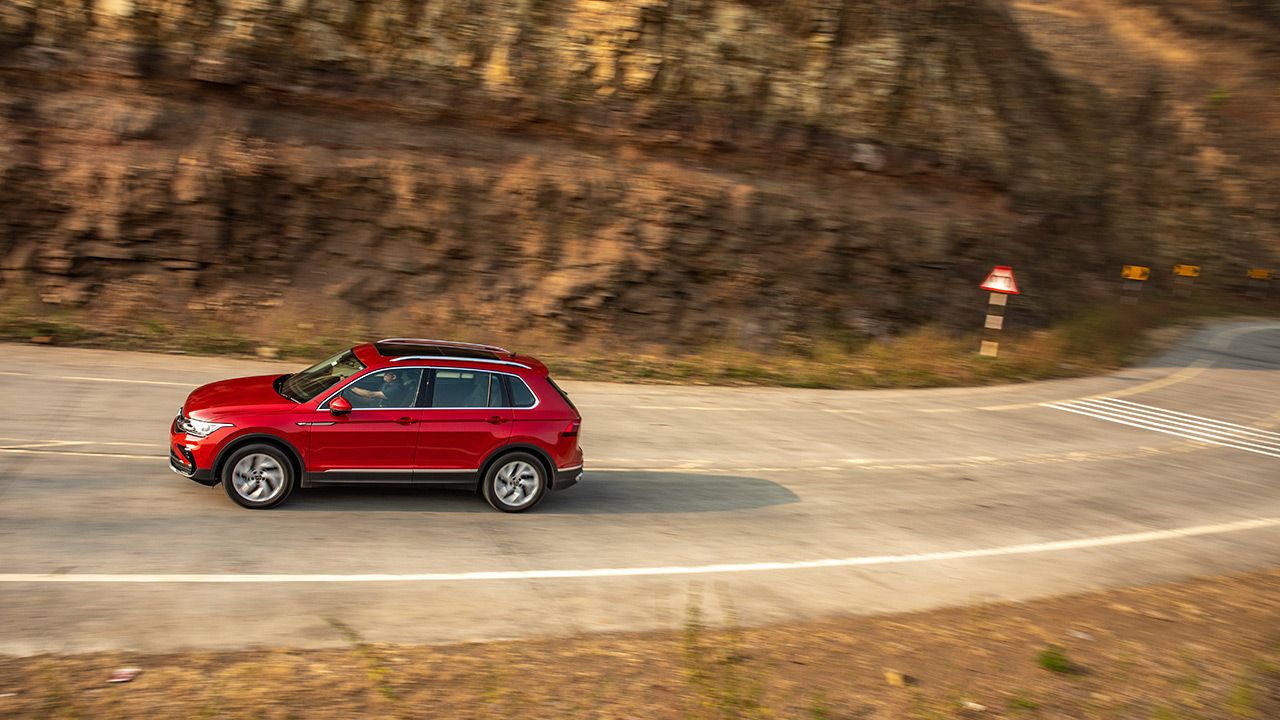 Overall, I would just say that I think the Tiguan is phenomenal – not just in terms of driving but also in terms of spending time in it, given its quality and refinement levels. And if I was looking for a mid-sized SUV currently in India, it would most certainly be my weapon of choice.