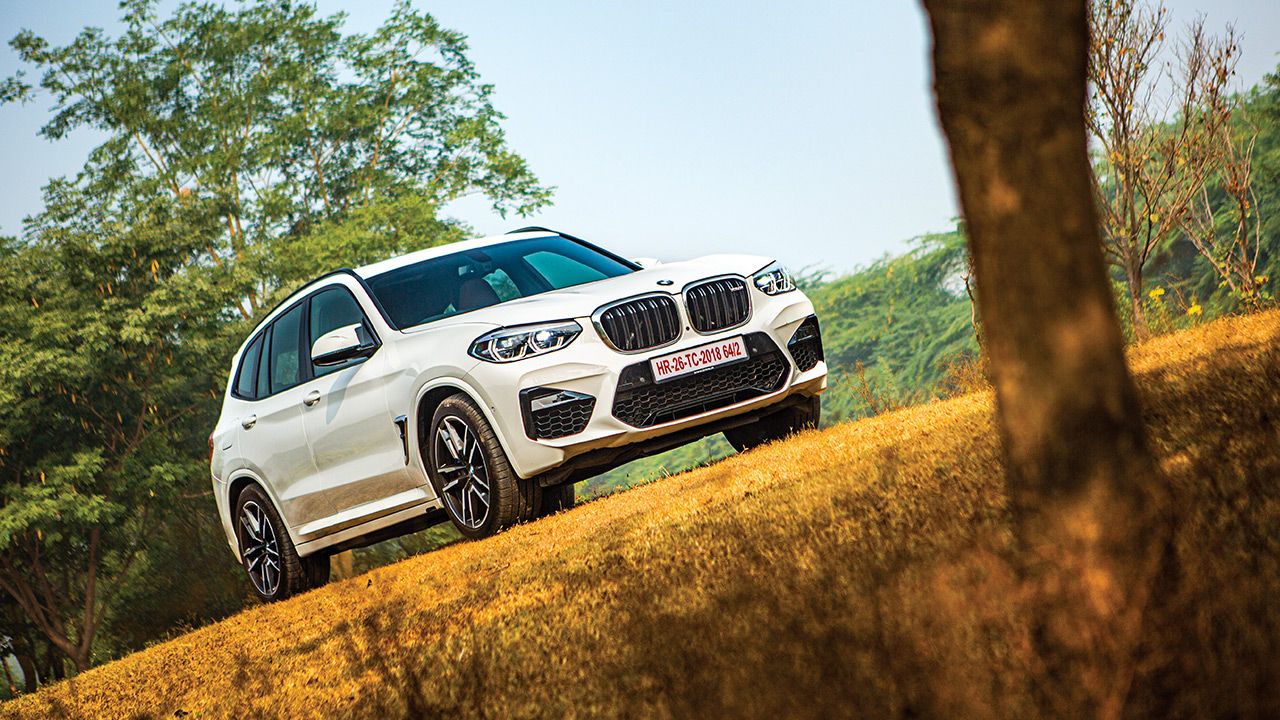 The X3 M, with the most powerful six-cylinder engine for an M car ever, is seriously raising the stakes in the fast SUV space. We take it for a spin to see if it’s really an M car.

The idea of a fast SUV can be a misnomer for many customers, especially in a market like India. There are two aspects to it. First, as a basic rule, the dynamics and road behaviour of an SUV is, say, not as satisfying as a similar saloon or a coupé. And it’s just simple physics – the extra weight and higher centre of gravity of an SUV are bound to make it slower. Second, given that most luxury SUVs in India are chauffeur driven, the idea of a fast SUV makes little sense. But, with the X3 M, BMW is hoping to change all that because of two major factors – the X3’s size and its performance. Of course, its pricing is also a factor in the whole equation, but I’ll come to that later.

Stealth mode
Since my formative years, I’ve been a big fan of M cars for many reasons, one of which – a major one – was that M cars looked rather innocuous for the performance they offered. Sure, that’s not the case anymore, given that the styling of M cars has become a lot louder than it used to be in say the era of the E39 M5 or E46 M3.

However, I believe that the X3 M is an exception to the rule. It definitely has touches that give away the fact that it’s a full-strength M car, but most of these touches are subtle – you really have to be a car aficionado to notice them.

For instance, I love the blacked-out chrome around the car. Now, the chrome on the window surrounds, the large black air dam, and the blacked-out kidney grille really masks the fact that it’s not an ordinary X3. Sure, you have the quad tailpipes at the back and the X3 M badging giving the game away, but overall, the M treatment is subtle and very fitting. Even the large 20-inch wheels are subtly styled, and one could very easily mistake them for an upgraded set on a standard X3. 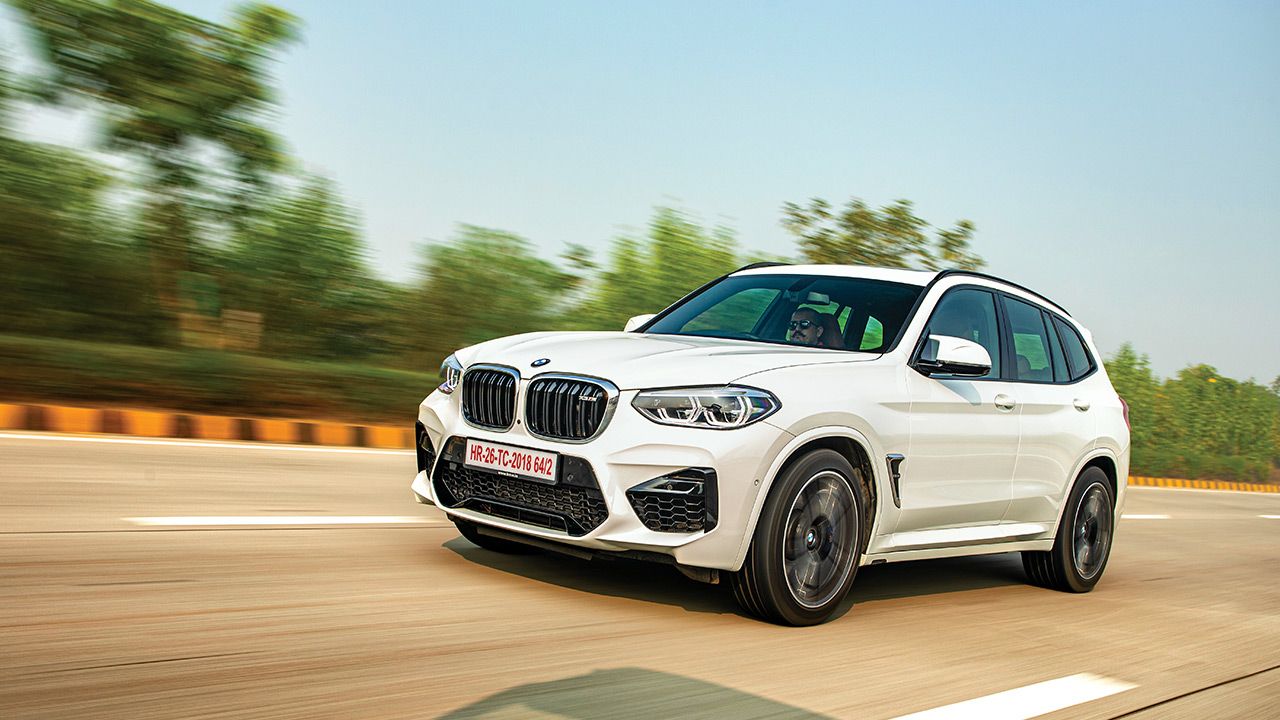 Subtlety continues
The interior of the X3 M is similarly restrained in its M touches. You get a very grippy and cossetting pair of front seats and a thick steering wheel, which make it apparent that it’s a proper M car. Apart from the obligatory steering-mounted paddle shifters, you also get two dedicated M buttons, which allow you to select your pre-chosen driving settings – the gearbox setting, throttle response, suspension mode, etc. – with just the touch of a button.

While practicality might not be the first thought for an X3 M customer, to give credit where it’s due, the X3 M remains usable on a daily basis and can easily accommodate five adults. The boot is a bit on the smaller side, but it’s not a deal-breaker.

Fire-breathing monster
Of course, I’ve saved the best of the X3 M for the last. You see, most customers will buy a specialised product like the X3 M mainly for its performance, and it’s here that the X3 M truly shines, with its brilliant engine. BMW says that the newly developed 3.0-litre straight-six is the most powerful six-cylinder engine ever fitted to an M car. Assisted by its twin-turbo, direct fuel injection, and Double-VANOS and Valvetronic systems, the engine produces a massive 473bhp and 600Nm.

The engine is paired to an 8-speed M transmission and helping put down the power is BMW’s xDrive all-wheel-drive system. But in a customised M tune, the system sends power more towards the rear wheels to give the X3 M increased dynamic ability. 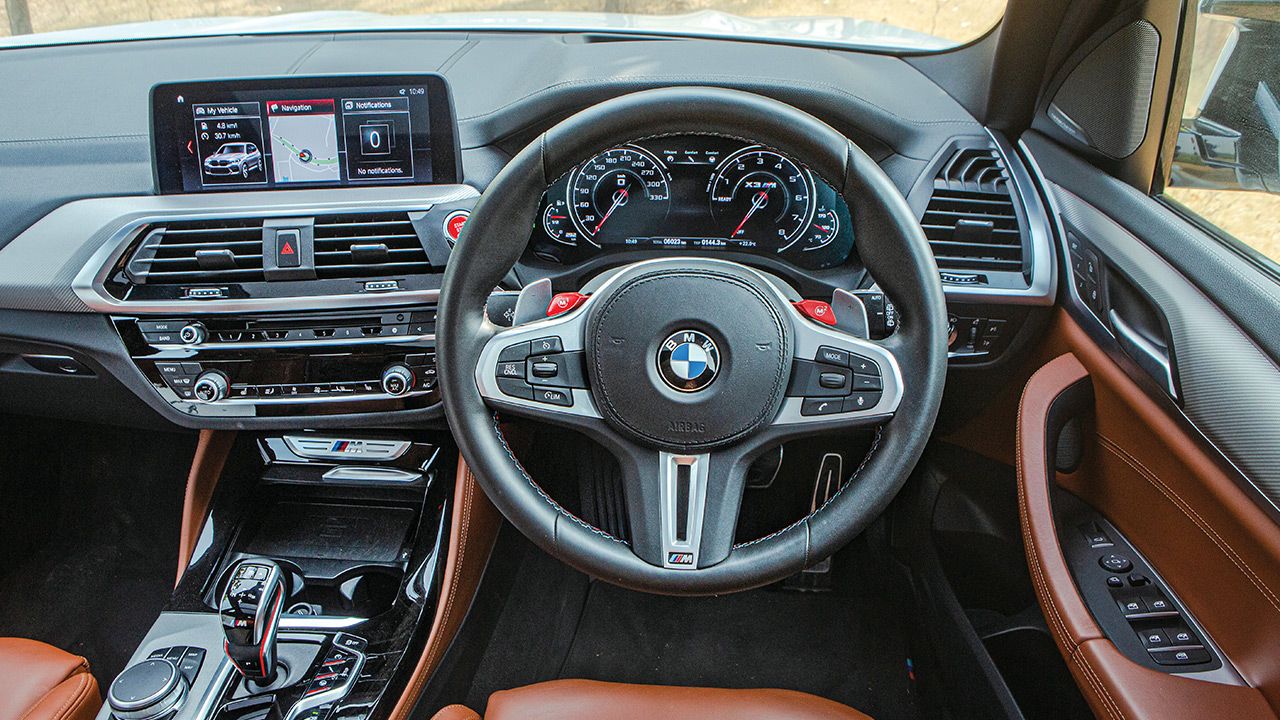 In practical terms, the X3 M is one fire-breathing machine. The moment you fire it up, the deep bassy exhaust note makes it amply clear that this is no ordinary X3. With the engine delivering maximum torque all the way from 2,600 to 5,600rpm, the performance of the X3 M leaves nothing to be desired. The 0 – 100km/s mark dismissed in just 4.2 seconds. And with the all-wheel-drive system helping put all that torque and power down without a fuss, going fast on any kind of road or in any weather condition is not a problem.

In fact, the engine response is so immediate – also helped by the fast-reacting gearbox – that when you’re driving the X3 M flat out, you need to be absolutely focused and totally committed to the driving. With its power and response, obstacles that appear at a distance can come very close to you in a matter of seconds and catch you unaware, if you’re not paying due attention, that is. 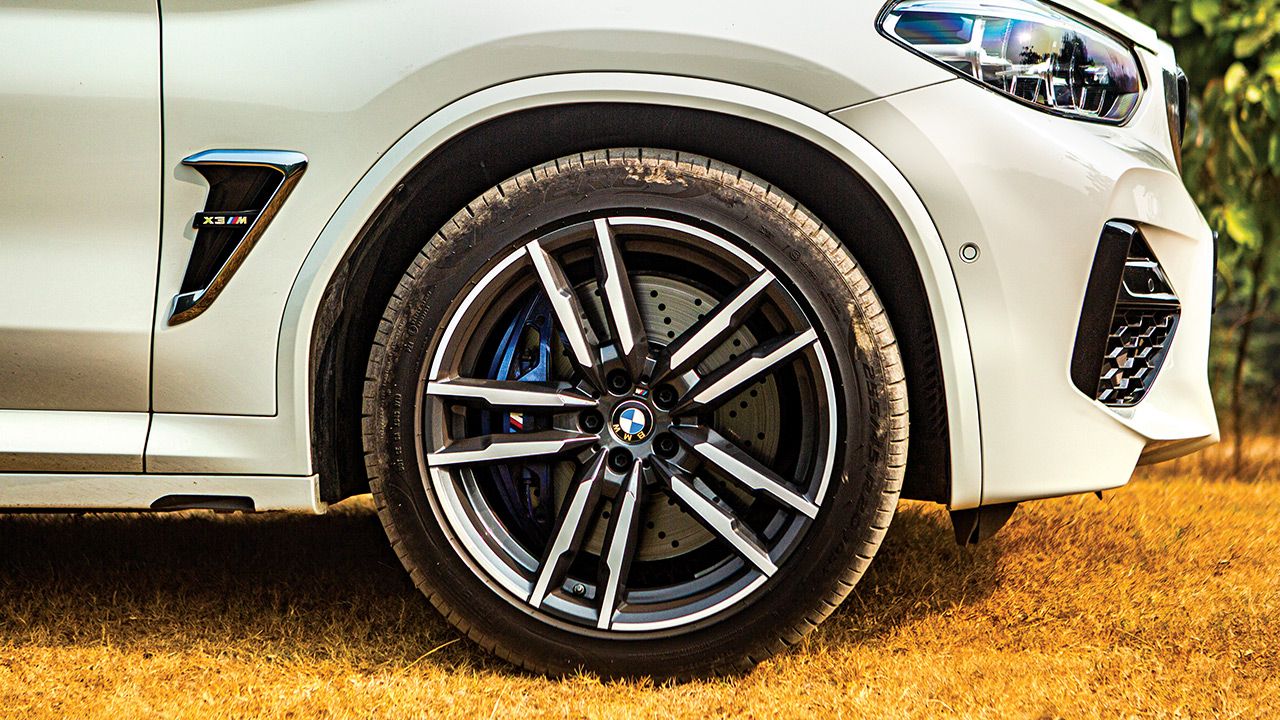 According to BMW, the X3 M has been engineered for the track, with additional cooling for many of its mechanical components. Also, extra work has been done for the oil circulation in the engine in extreme conditions. But, unfortunately, I didn’t get the opportunity to test those claims on the track. However, having sampled the X5 M and X6 M on the track a few times in the past, I have reason to believe that these claims are likely to be true and can help the M cars behave more reliably on the track.

But…
Of course, with this kind of performance available in a usable package, there are bound to be some compromises. So, let me start with the most obvious of them. First, despite its adaptive suspension, the ride quality is quite stiff. The suspension is obviously tuned to handle all those horses, and big wheels mean that the ride on good roads will be acceptable, but you’d want to avoid broken roads. Second, the X3 M is not exactly cheap – it’s priced at just under the ₹1 crore mark. 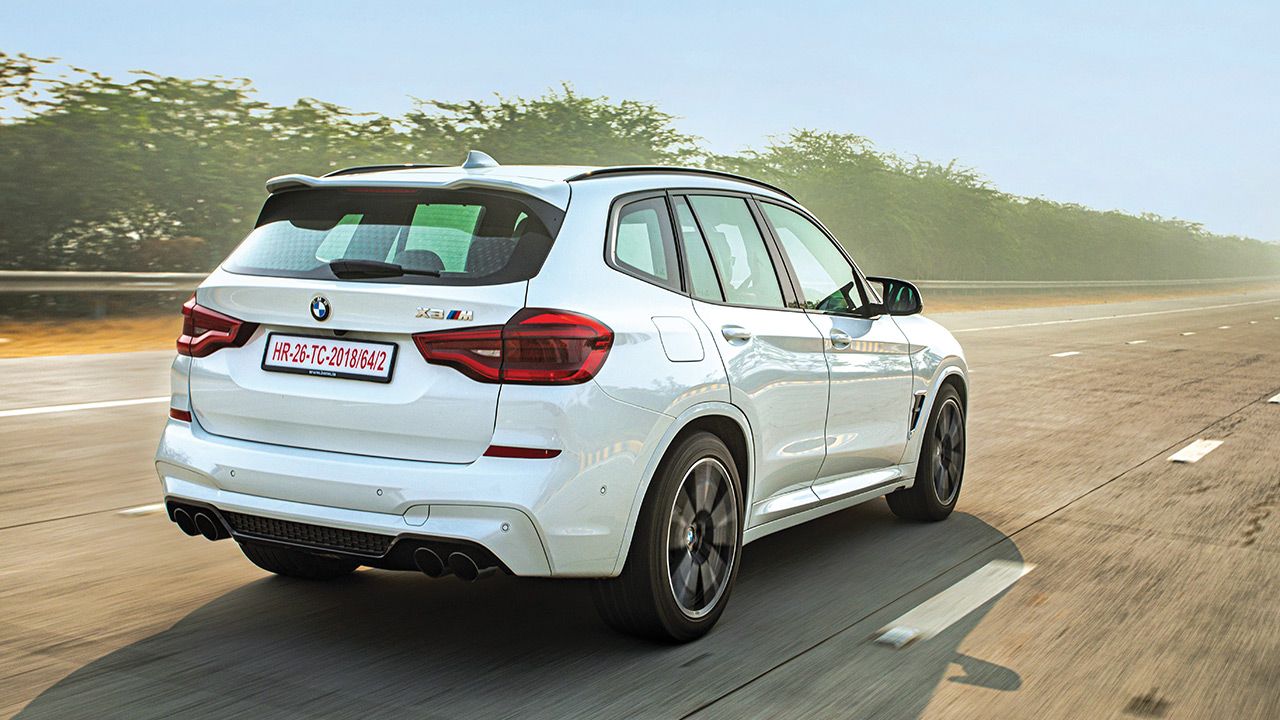 With its ground clearance and commanding driving position, it’s extremely comfortable to drive. And if you come across a nice stretch, you can turn on the afterburners for maximum performance. And as much as I love the M3 / M4 family, I’d, probably, pick the X3 M over them purely for the practicality it offers in a country like India, and for the fact that at its price point it offers significantly more value than either of the two.

X-Factor: With its compact size and extreme performance, the X3 M makes for one hell of a daily driver.