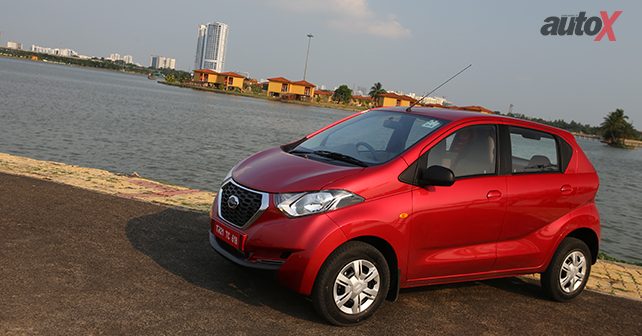 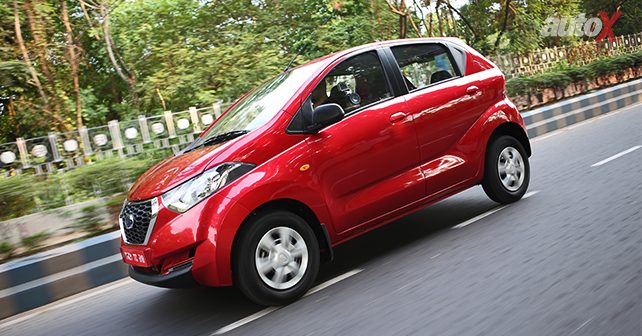 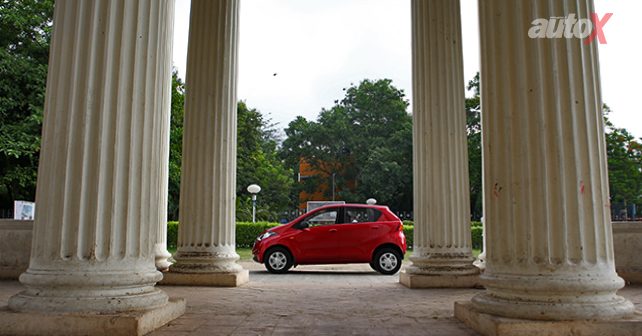 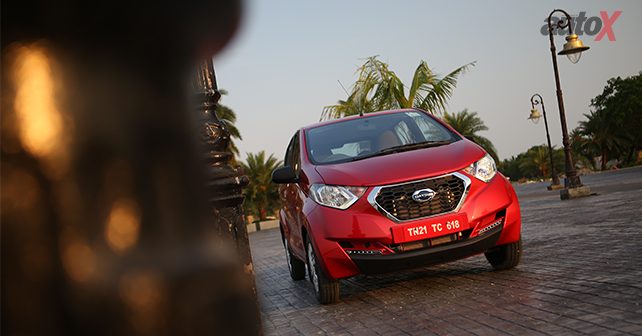 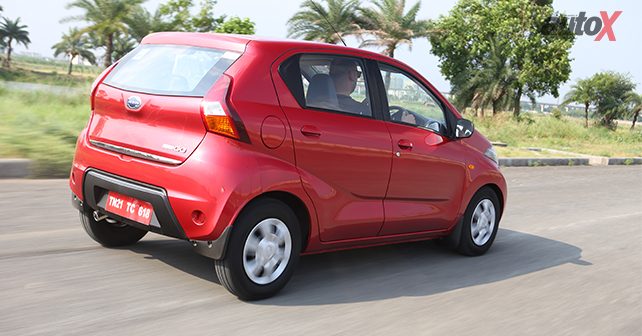 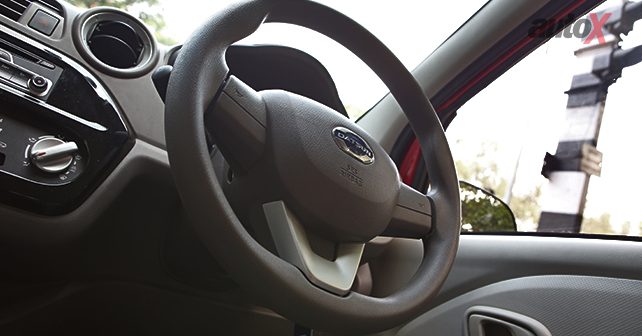 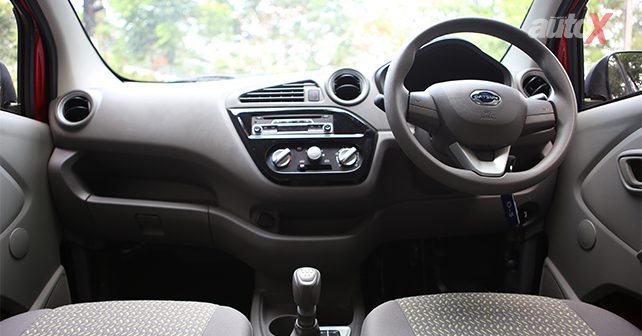 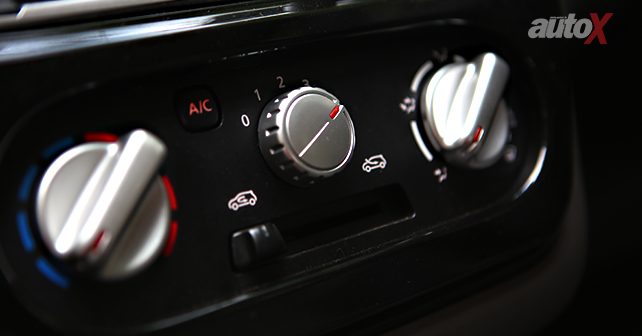 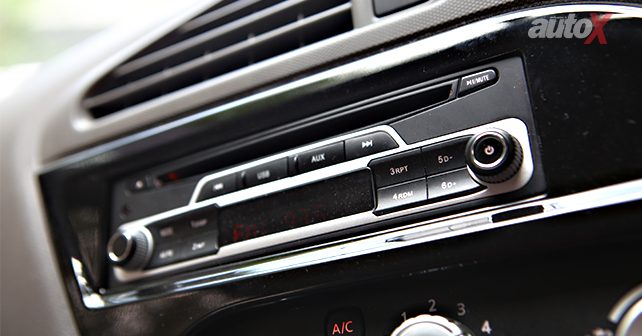 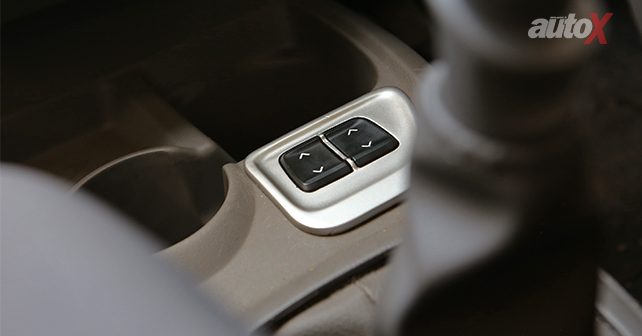 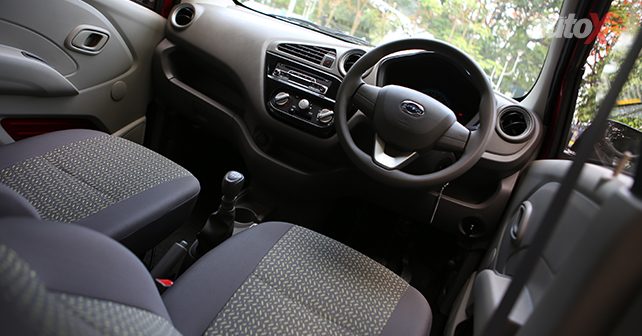 The Datsun RediGo is a true urban cross vehicle. It shares the same platform as the already available Renault Kwid, but make no mistake, these two cars look world’s apart.

The Renault was hailed as India’s first Urban Cross vehicle and the RediGo follows in those footsteps. Essentially, what that means is the RediGo takes all the features of a crossover and combines them into a compact hatchback. We got to drive the RediGo around the city of Kolkata to get an idea of just how well this Urban Cross hatch performs.

We really like the design of the RediGo, and it surely is the most unique compact hatch design currently available in India. While the Renault Kwid also has a nice design, I do believe we have a new winner in this segment with the RediGo. When you first lay eyes on the RediGo you will notice that it clearly is a tall car, and that’s because it’s got a good ground clearance of 185mm. It’s also got a high seating position, and these are features borrowed over from a crossover vehicle. But, even though the RediGo is well under 3.5 metres, it doesn’t really look like a compact hatchback, and that’s what will really attract people to this car.

The overall design of the car is bold and fresh, and it even gets some interesting elements to make it very unique, and even seem sporty. The front bumper is designed very well and the lower section of the bumper looks like it has aerodynamic functionality, and it also gets some nice LED’s in the fog lamp slots. The wheel arches are also very prominent giving the car a little bit of muscle, and there is a strong line that extends along the side section of the body and connects with very unique tail lights. This line makes a clear distinction between the top and bottom half of the car – making the bottom section seem much sportier thanks to the nice front bumper, the wheel arches, and the sharp angles on the rear section of the car, while the top of the car remains sleek and smooth. Datsun informed us that the RediGo has been designed to keep young customers in mind, and they seem to have done a great job because the design of the RediGo will certainly appeal to many people.

The interiors are also very spacious and the dashboard design is simple yet functional, with a permanent AC vent set in the middle of the dash that aims directly at the middle of the rear seat. This is a pretty interesting feature because it works almost like a rear AC vent. There are also plenty of storage shelves on the dashboard and there are cup holders as well as door pockets. Ergonomically, the interiors have been done up nicely, but what is really interesting is that the front seats are positioned pretty high up which will allow the driver to get a better view of the road and this helps a lot for city driving.

Just like the Kwid, the RediGo gets an 800cc petrol engine. The engine sounds a little loud, but it is a very nice and smooth engine. You get about 53bhp and 72Nm of torque. This seems to be more than enough power when driving in the city. The engine doesn’t feel bothered if you rev it very high, and you will need to if you want any sort of feedback from the engine, because under 2,500rpm the engine doesn’t deliver much power at all. The 5-speed manual transmission is also nice but the clutch is very light, which some people might love, and some people might hate. On the whole though, the engine and transmission setup is nice and does the job well for urban driving conditions.

The steering is also well weighted for a relaxed drive around the city, but the suspension setup did seem to be a little on the stiff side for urban driving. The RediGo does a decent job on some bumpy roads, but you will feel every bump in the cabin. However, on smooth roads and on highways the car stays well planted and offers very comfortable ride quality. I would also like to point out that the high ground clearance and seating is very nice. You will feel very confident when on bad roads and you get a great view of the road. You are also seated higher than all the other hatches and most sedans on the road, so you will feel like you are in a proper crossover.

The RediGo is a product of a lot of R&D done by Nissan’s engineers in France, Japan, as well as in India. The RediGO was specifically designed for Indian consumers and they seem to have done a great job. In terms of the design it certainly stands out, and it performs very nicely in the city. Its got a spacious cabin, and we were also told that the RediGO will provide a claimed fuel economy of 25kmpl, which is very impressive. It’s hard to find something not to like about the car. It certainly is a refreshing change to see a compact hatchback that looks attractive. Datsun seem to have done a great job with this car and I do feel it could do well in the Indian market, considering that the Alto 800 and the Hyundai Eon are a little outdated as of now. 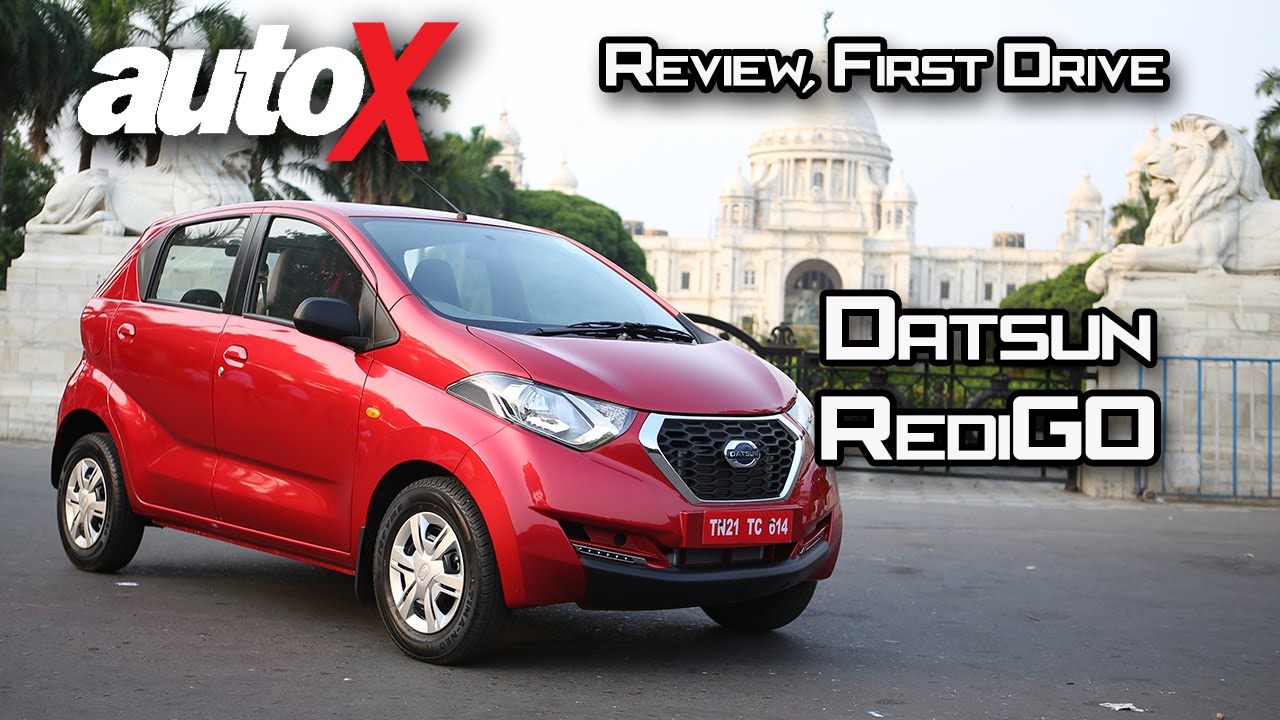