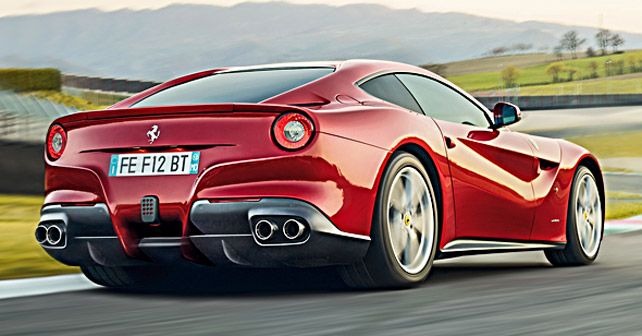 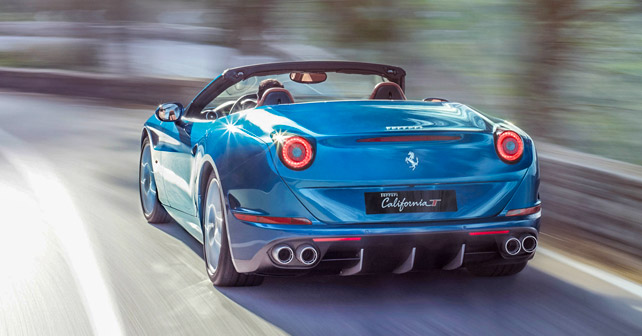 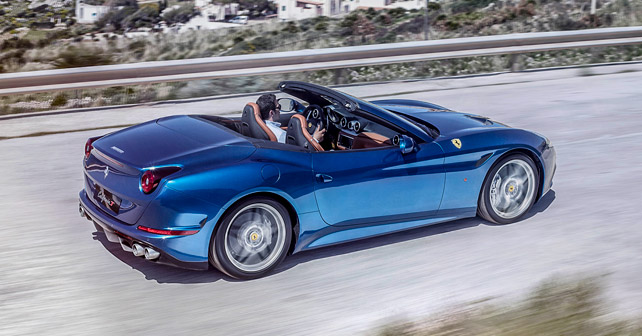 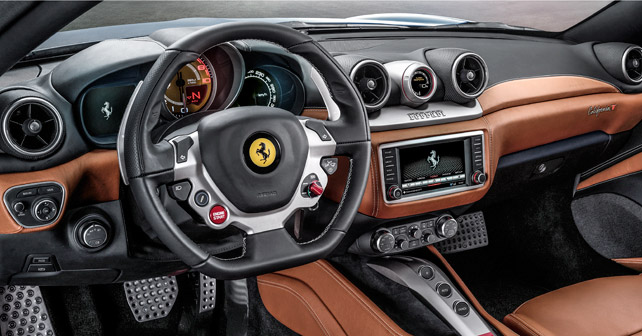 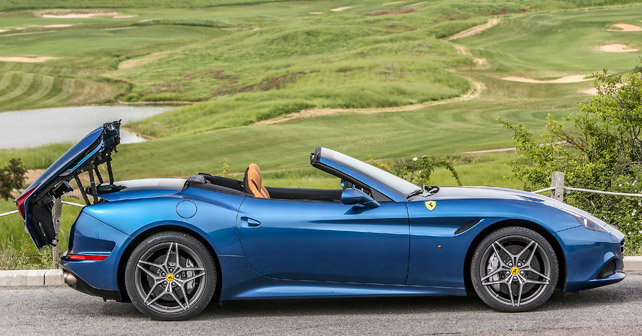 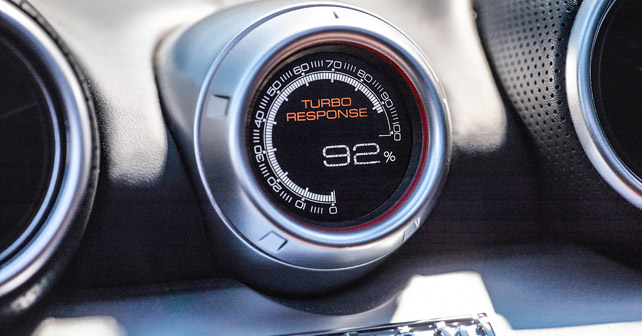 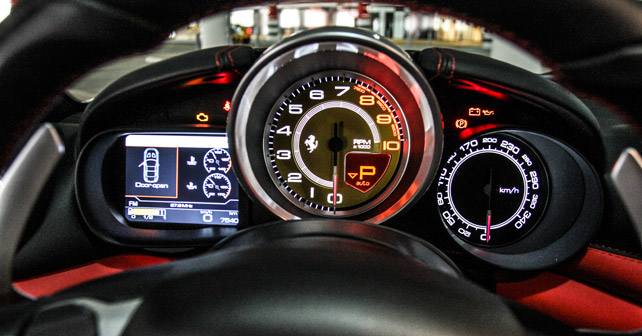 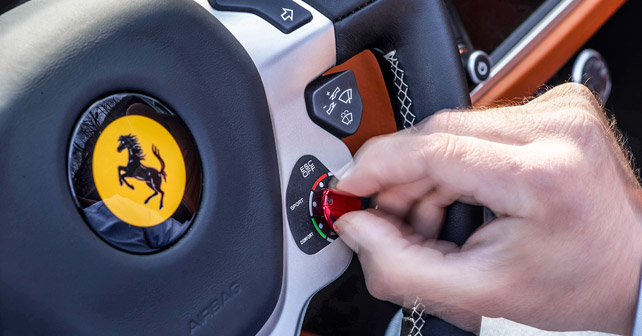 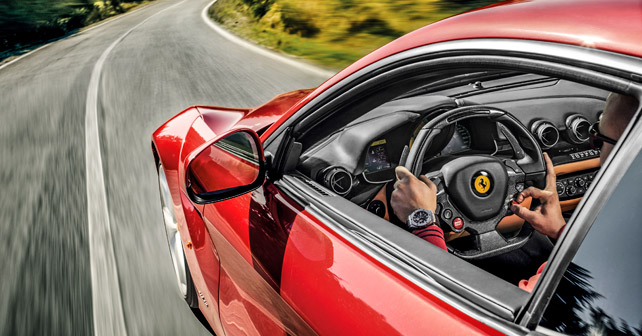 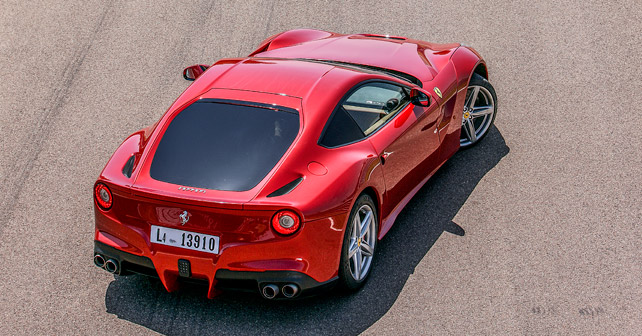 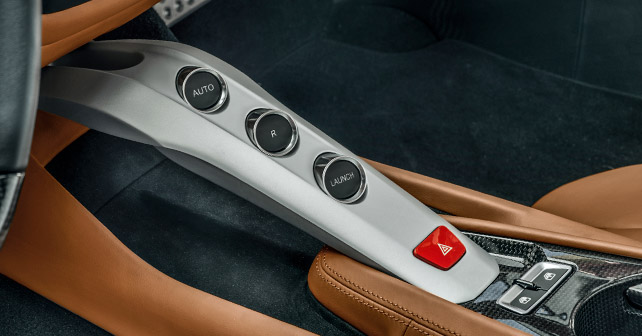 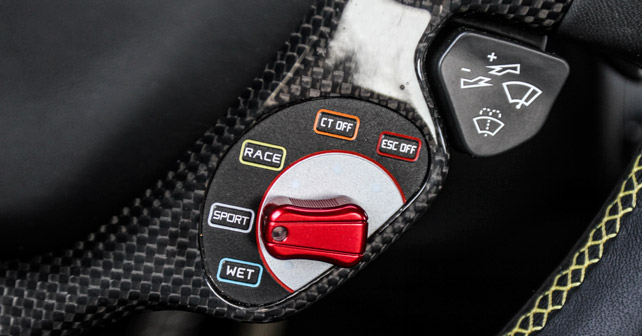 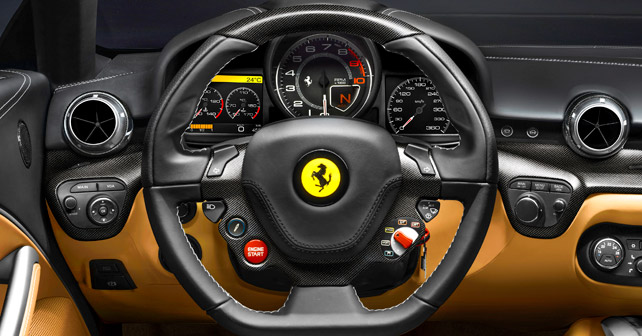 There’s just something about a Ferrari that sets your heart racing. And now that the Prancing Horse is re-establishing itself on our shores, we thought it a good time to drive the new California T and the manic F12 Berlinetta.

It’s been three years since I last got behind the wheel of a Ferrari, and that’s three years too many. My first encounter with a Ferrari was way back in 2005 when my cousin’s friend let me drive his Enzo Ferrari in Malibu, California. The next Ferrari I drove was the 458 Italia. Both these cars were intense and engaging, so I wasn’t sure what to expect while on my way to Dubai to drive the F12 Berlinetta and the newly launched California T.

Just looking at the stats of the F12 is enough to make one nervous. The F12 Berlinetta uses a 6,262cc naturally aspirated V12 engine that’s part of the F140 engine family – which began with the Enzo. The main difference is that now it makes 730bhp and 690Nm of torque, which makes the F12 second only to the hyper La Ferrari. It can sprint from 0-100km/h in just 3.1 seconds, and 100-200km/h in 5.4 seconds. Those figures are even better than the McLaren F1, which till this day has been the most remarkable car I’ve ever driven.

I had never even seen the F12 in the flesh, and when I finally did I was hypnotized by its stunning lines and bright yellow paint job. The long bonnet suits its sporty nature and aggressive stance. The car was designed in collaboration with iconic Italian design firm Pininfarina. In fact, the entire car has a functional design and is a true mix of technology and aesthetics. The aero bridge on the bonnet allows for improved downforce, the rear spoiler helps improve aerodynamic efficiency, and the underbody of the car not only increases downforce but also directs air to cool the brakes. Well, I guess you’re bound to learn something being the longest standing manufacturer in Formula 1! From a visual point of view, the large front grille looks nice, and aggressive, while the rear is more compact and gets traditional round taillights.

The cockpit is typical Ferrari style, with the F1 inspired steering that has all the controls you need mounted on the wheel itself – including the racing manettino that allows you to select different driving modes. Then there’s the central bridge, which has just three buttons that allow you to choose automatic mode for the transmission, reverse and launch control. The seats are sporty of course, but also very comfortable. The cabin is very inviting, and feels bespoke – unlike a Lamborghini Aventador or Mercedes SLS AMG, which can seem overwhelming with a dash that’s a cluster of buttons.

When you start the F12, it roars to life and you can hear the 12-cylinders singing in chorus, as if they were warming up for a grand concert – which, of course, they are. Put the car into first gear and tap the throttle, and you begin to understand just how much power you have at your disposal. We drove from Dubai to Abu Dhabi, and the roads were arrow straight so we got to experience the acceleration of the F12 in all its ferocity – all I can say is that it’s nothing like anything I’ve ever experienced before on four wheels. The short ratios on the 7-speed dual-clutch transmission result in whiplash acceleration and a massive punch of torque through a wide rev range, and just unbelievable throttle response – even at low revs. It’s just devastatingly quick, and the power delivery is never ending.

Surprisingly, the F12 is easy to drive, and was way more comfortable than I expected it to be – but, at the same time, it has the sharpest steering of any sports car that I’ve ever driven. You hardly need any steering angle at all in turns – it’s that direct. There’s also no body roll at all. The car is just planted. Even though it’s a beast on paper, it’s incredibly comfortable and easy to handle – nothing like the Enzo, or even the 458 for that matter. It really is a phenomenal piece of machinery, and the men at Maranello have done a beautiful job. It’s the perfect blend of grand tourer and pure sports performance.

It was now time to get into the California T. The Cali T was launched just a few months ago with a new engine. It seems that Ferrari took the bold step to launch the California – its best selling model – with a twin-turbo engine, obviously to make the car more efficient. This is also the first turbocharged engine since the F40.

The new engine is a 3,855cc V8 twin-turbo that produces 552bhp and 755Nm of torque, and while some Ferrari enthusiasts would have you believe that this engine doesn’t maintain the character of a true Ferrari – which includes blazing throttle response, high revs and shrieking exhausts – there could be nothing further from the truth. The California T does exactly what you expect of it. It has bowel churning acceleration, and can race from 0-100km/h in just 3.6 seconds – and from there on to 200km/h in 7.6 seconds. The engine is a beast, and there’s just no turbo lag at all – the throttle response is right on point. The engine sound, while not shrill, is loud and in tune with the rest of the Ferrari range. There’s an immense amount of torque throughout the rev range, and like a naturally aspirated engine it feels like it continues to build all the way to its 7,500rpm redline. There’s no getting away from the fact that this car definitely has Ferrari character.

Compared to the outgoing California, the Cali T also gets a new steering column, which makes it feel very precise and balanced. The previous generation got some slack for being too soft and lazy to respond, and so the new car also gets a revised suspension set-up with new springs and dampers that work to reduce roll and increase sharpness. The 7-speed dual-clutch gearbox transmission has been remapped for quicker shifts, and it’s nothing short of brilliant.

The Califronia T is a grand tourer, and it definitely feels like one when you’re in the cabin. The car is superbly comfortable and the driving position is very relaxed. Once again, the dashboard uses a minimalistic approach, but it gets sporty attributes through the F1 inspired steering wheel and dials. The car is incredibly easy to handle and very comfortable as well, while at the same time being extremely exciting to drive.

The California T is the most affordable Ferrari available, but even though it can be used as an everyday car, it has a phenomenal engine and can be just exciting as any other Ferrari out there. While the F12 is aimed towards purists, the California T will still cater to a wider range of Ferrari customers. Turn the page to read a full track test of the new California T.

Ferrari was kind enough to give us a little tour of Ferrari World Abu Dhabi. We have heard much about this wonderland for Ferrari lovers but when we arrived the size and magnitude of the theme park impressed us even more. The Ferrari world is the largest indoor theme park in the world, and it covers a total area of 86,000 square metres. The park operates two roller coasters, including the fastest roller coaster in the world called Formula Rossa. There are other attractions as well such as family rides, a collection of some of the most historic Ferrari cars, interactive motion simulators and multiple restaurants. But we were most interested in Formula Rossa – the fastest roller coaster in the world that accelerates from 0-240kmph in just 5 seconds. There is no automobile in the world that can do that so we needed to see just how exciting this roller coaster would be. I have been on plenty of roller coasters and some of them were really fast and fun, but there is nothing in this world that can prepare you for the Formula Rossa. From the moment the ride begins until you stop, your face is being smashed by the wind and you experience 1.7G of force. It is the most exhilarating ride you will ever go on in your life, unless you are a fighter jet pilot.