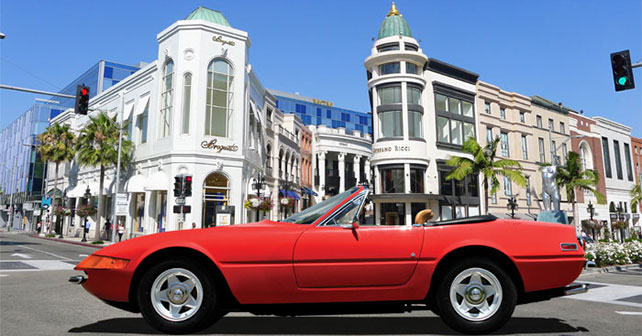 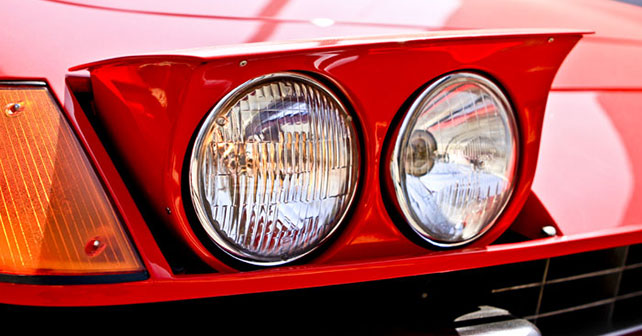 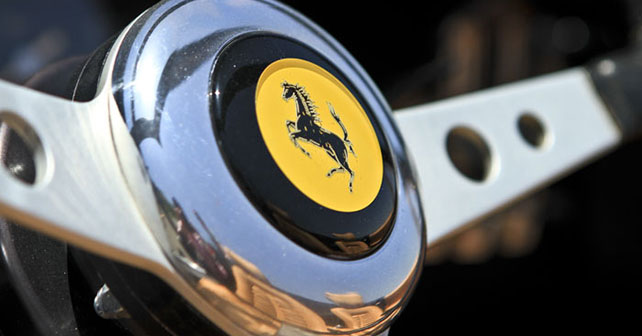 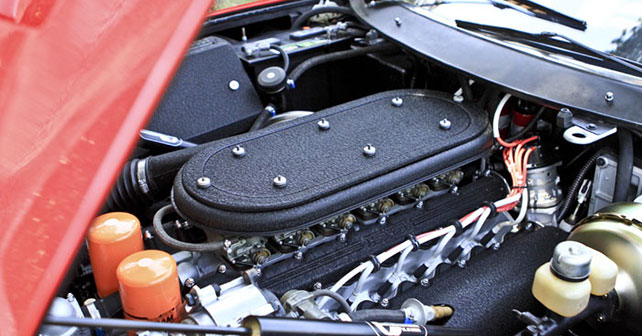 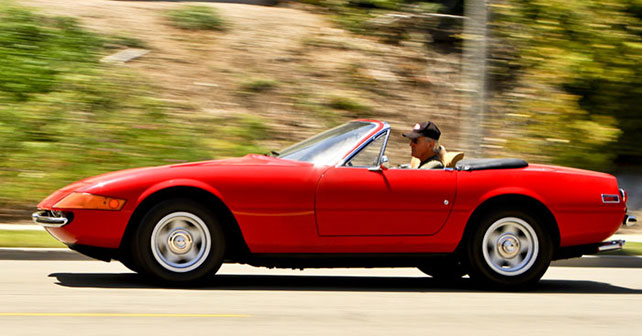 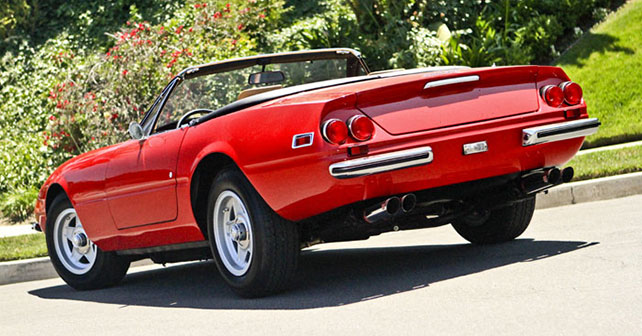 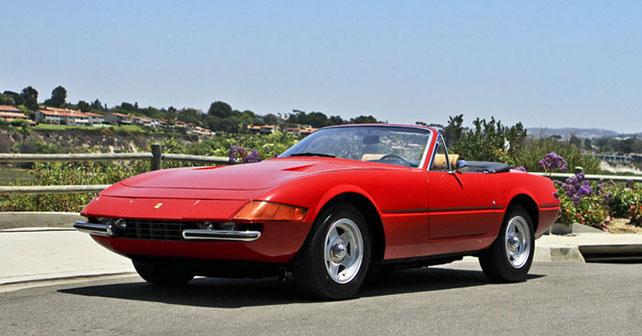 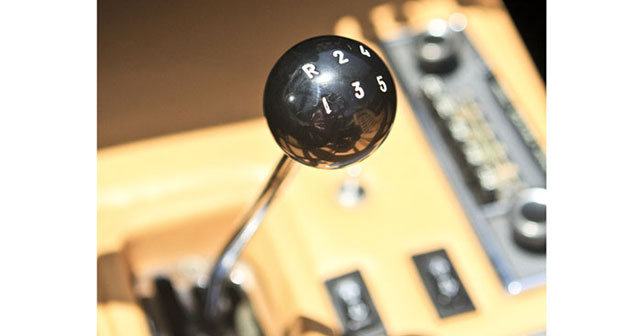 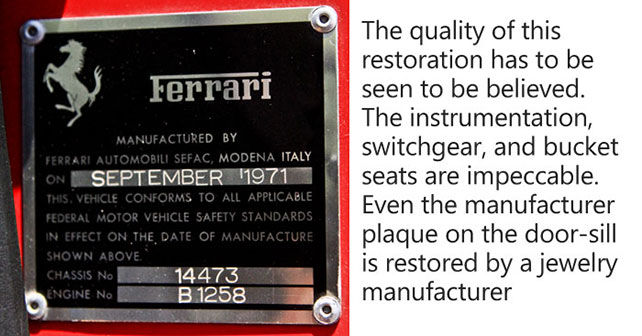 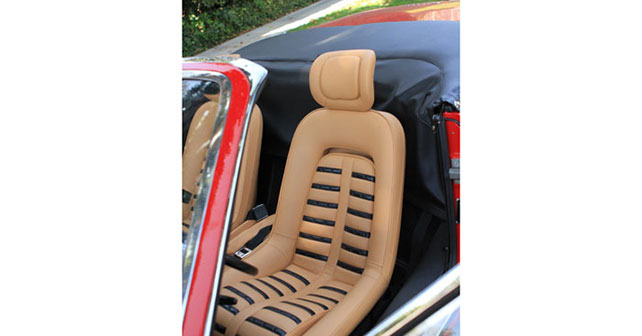 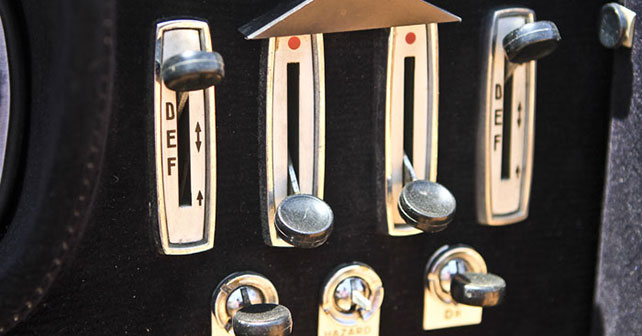 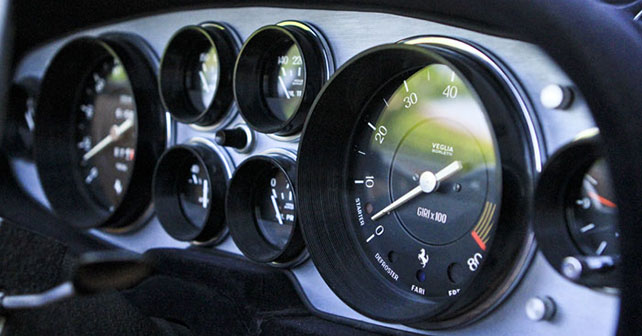 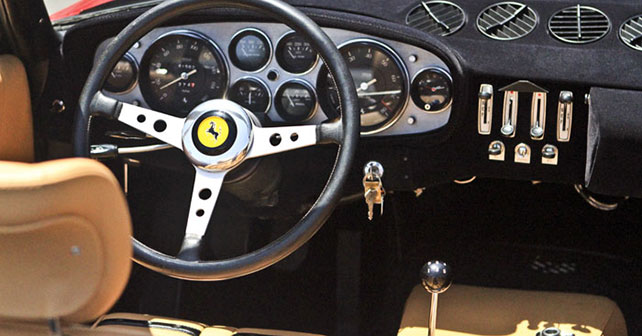 We discover that the perfect California car is a 1971 Ferrari 365 GTS/4 – better known as the Daytona Spyder.

What is the perfect California car? Well, it should be a spider. No, not of the eight legged variety, but a drop-top – a convertible. And it really ought to be red. Plus, it doesn’t hurt if it has a prancing horse on the hood. But then, if you find yourself on Rodeo Drive in Beverly Hills, you’ll find a fair number of cars that fit this exact description. So, to stand out, the key is to hunt for a machine that not only checks all these boxes, but also has some character – some patina.

This search led us straight to the door of Mr. Michael Sheehan in Orange County, California. He has a straight talking persona cloaked in a typical California demeanor – casual round neck t-shirt, baseball hat, and long pony tail. Very unlike what you expect from someone who deals in classic Ferraris for a living – and has done so for over 40 years. In that time, Mike has bought and sold virtually every Ferrari imaginable. He starts by giving me a brief tutorial on the world of classic cars, and Ferraris in particular.

As we drive to the workshop of ace Ferrari restorers, Francorchamps of America, I spot Derek Boycks, MD of the shop, bringing the Daytona back in after taking it out on a short test drive. He’s not entirely pleased – the car is still misfiring slightly. But I’m in seventh heaven because I can’t quite believe the fact that I’m actually going to be driving what has long been one of my dream cars. The Daytona Spyder, in proper Ferrari red, really stands out amongst the boxy modern SUVs that are typical fare on California streets. The Daytona is simply stunning. It actually, physically, takes your breath away. If you think a 458 Spider draws attention, you obviously haven’t been out in a 365 GTS.

I can only imagine what it must have felt like to set eyes on something this striking in 1971. Gone were the voluptuous designs of the 60’s, and everything was slab sided and drab. Well, almost everything! You see, the Lamborghini Miura had already rewritten the supercar rulebook by then, and was in its heyday at the time. But, that apart, the Daytona just looked space age, with its sharp creases and flip-up headlights.

Derek and Mike discussed the car, while I listened in keenly – hoping that Derek wouldn’t put a spanner in the works, literally. I also took the opportunity to look around the shop, which was littered with Ferraris of various vintage – with the F40 being the most modern (and possibly even the most desirable) of the lot. But, speaking of the Miura, Derek had one of these in the shop as well, which was undergoing a full restoration. Mike explained how it was imperative to put in better brakes and additional chassis braces on a car like the Miura to get it to a point where it’s drivable and safe. But make any such changes on a Ferrari, and its considered sacrilege. That’s the difference between working on a Ferrari, and restoring anything else. Mike recounts the number of occasions where he’s struggled to convince collectors around the world that a particular Ferrari needs certain parts or repairs, because, in the eyes of most people, Ferraris are simply perfect machines that couldn’t possibly go wrong. But he does go on to explain just how well built these cars really are. The Daytona, for instance, has over 100,000 kilometers on it over the course of 40 years, and the cylinder heads have never once been removed.

Eventually Mike asks for the prognoses, to which Derek replies, “It’s an old car, it could be a number of things – we’ll have to look at the wiring.” Now, that’s not exactly a five-minute job – so, my heart sinks. But his next statement was music to my ears. “For the moment, you can take her out like this – but go easy.” Well, seeing that this Ferrari is listed at over $1.5 million, I should think I’ll be going very easy indeed.

I attempt to play it cool, but can’t contain my excitement as I make a beeline for the beautiful bucket seat on the drivers’ side. Mike suggests that he ought to begin the journey, and I can take over after a little familiarization – good idea! He slides the metallic gear lever through its famous open-gate shifter, and we’re off. The sound of a Ferrari V12 is like nothing else on this planet – it’s all consuming! And for a car that’s misfiring, it sure is pulling nicely. After a few minutes, Mike graciously pulls over and gives me my chance. As I get behind the wheel, I’m face-to-face with the beautiful instrumentation and switchgear on the dash – all of which has been restored to perfection. It’s a shame that our restorations will never be able to match the quality and detailing of something at this level. We simply don’t have access to the parts, wherewithal, or the craftsmanship – even the manufacturer plaque on the door-sill of this car is restored by a jewelry manufacturer.

It takes just a few minutes behind the wheel to get the sense that not only does this car look as good as it did when it left the factory in 71, but it also drives just as well. It may not have been firing on all cylinders, but I would never have known it. The open gate gearshift was a joy to use, the brakes were responsive, the steering was heavy, but direct, and it simply didn’t matter how responsive the engine was because the sound it made was a mechanical symphony the likes of which Mozart could never match. More than that, it was the experience of being exposed to the elements (and the exhaust note), but sitting snug in the cabin and looking onto the sharp creases on the bonnet – all the while staring straight at the prancing horse on the center of the steering wheel – it was something else! The Daytona Spyder provides a driving experience that’s worth every penny of the one-and-a-half-million dollars, and then some, that was being asked for it at the time. It simply transports you into a different world. It would be the perfect machine to pose with on Rodeo Drive, but even better to fling around the mountains of Big Sur on the Pacific Coast Highway. The perfect California car? Most certainly – by a long way.