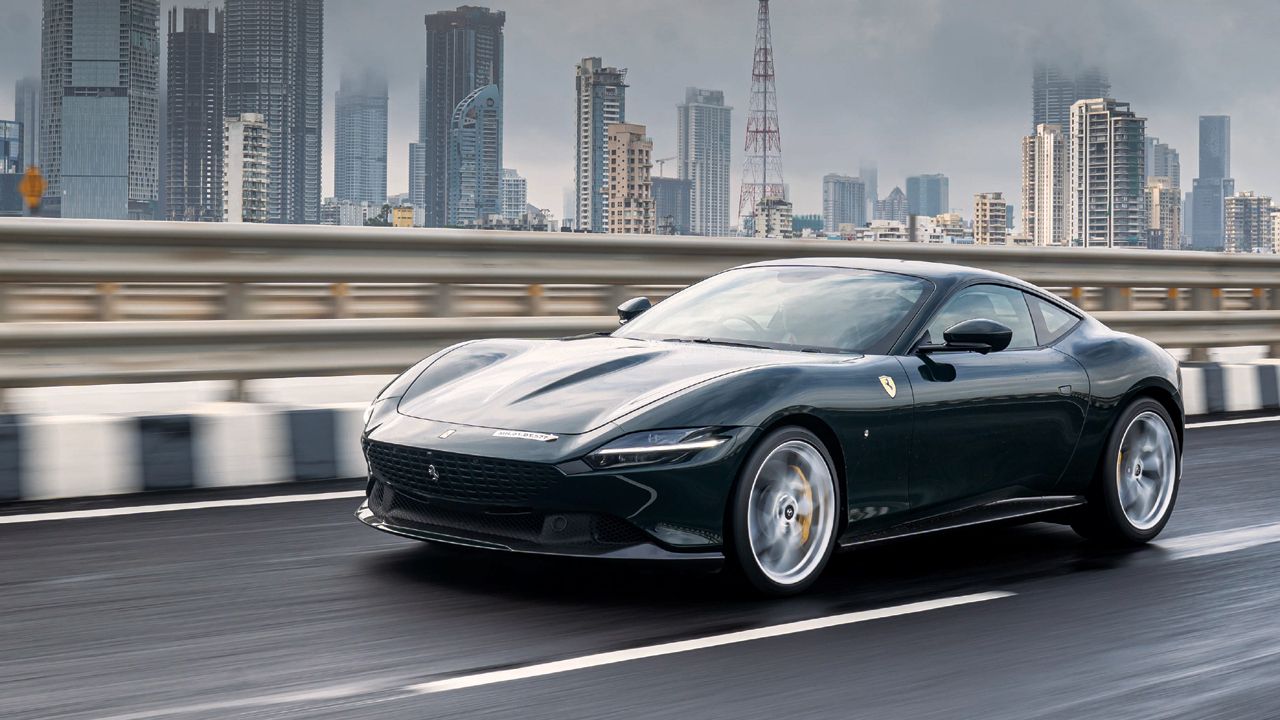 A ‘Bombay Roma’ has a nice ring to it, doesn’t it? The Prancing Horse serves one up like no other...

I looked up and saw the sky laden with heavy grey clouds, a blanket of darkness announcing its gloomy intentions as explicitly as possible, and I knew that the day was going to be quite dramatic. But it wasn’t just the weather that would make it so, it was in fact my ride of the day. After all, it’s not every day that you find yourself outside a Ferrari dealership at 6:30 am waiting to get your hands on the new Roma. Usually, my mornings are marked by an arduous battle with my phone’s alarm – one that I win after considerable effort. But not that day. It’s funny how a Ferrari can make you feel overjoyed about doing things that you’d otherwise resent because – and there’s no better way to put it – it’s a Ferrari. 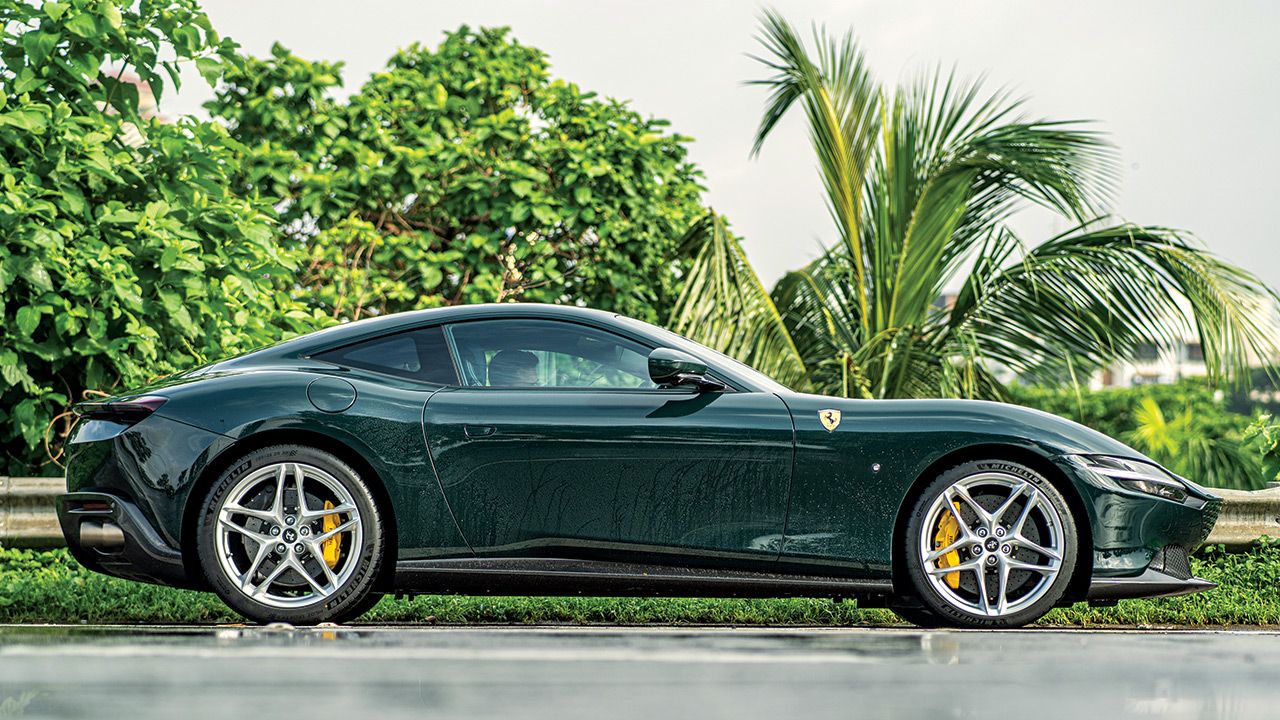 Enzo Ferrari once said, ‘I don’t sell cars; I sell engines. The cars I throw in for free since something has to hold the engines in.’ Now, statements like these would make you believe that Ferrari cares less about design and more about performance, but there is no doubt that it has always exemplified the best of Italian style.

And the new Roma is another fine example of the said Italian style from Maranello. It’s a seamless blend of classic GT design cues and a good dose of modernity. In fact, it seems the 250 GT Berlinetta was lurking in Flavio Manzoni’s subconscious as he sketched the Roma. The curvaceous lines, long bonnet, rear-set cab, and wide haunches are reminiscent of the iconic Ferrari. Meanwhile, the sharp front-end with a cheese-grater grille and a prominent splitter give it a shark-like nose, which looks very contemporary and modern. The rear of the car is new-age all the way – just look at that pinched boot lid and neatly integrated active spoiler. And to wrap it up with a fun fact, the Roma is the first Ferrari since the 348 to not sport a circular taillight. 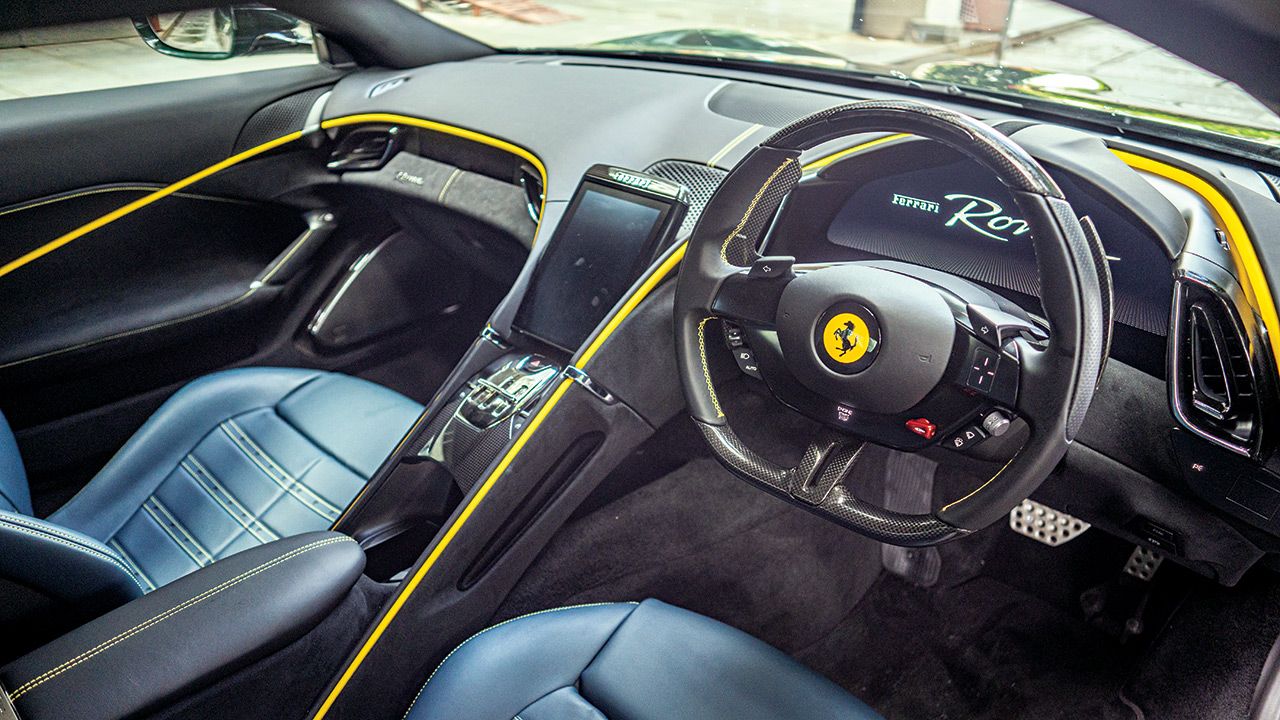 The Roma’s cabin is a piece of art in itself. The interior looks properly futuristic, right from the twin-capsule layout of the interior to the human-machine interface, which is Ferrari’s term for dual-screen layout, borrowed from the SF90 Stradale. While the Roma’s interior is surely digitally dominated, Ferrari hasn’t completely obliterated some of its old-school signature traits. The instrumentation still has that instantly recognisable yellow tachometer, and it’s great that the Manettino dial continues to be mechanical too.

Now, if there’s one claim that Ferrari can be challenged about, it’s that the Roma is a 2+2 offering because the rear seat is just not spacious enough – not even for kids. But then a Ferrari is not, and has never been, about the rear seat experience. 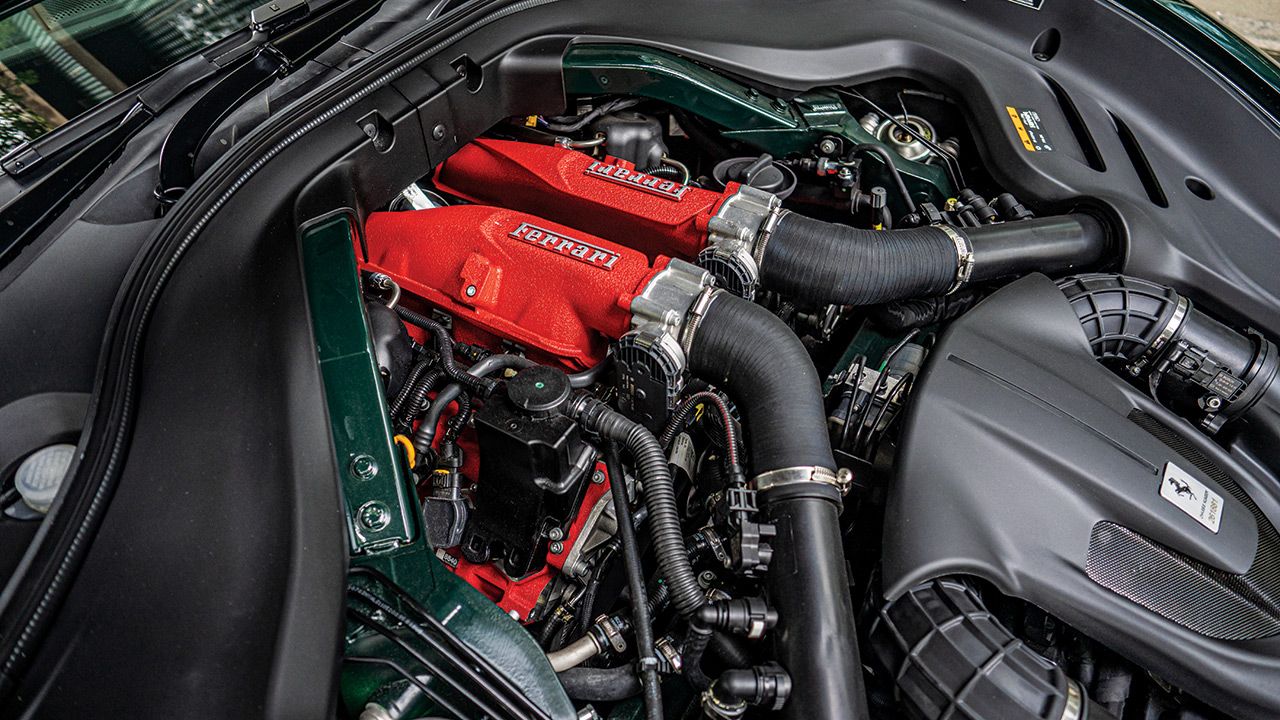 Ferrari’s 3.9-litre V8 bi-turbo is a sensational motor, which has won several accolades over the years. So, it’s no surprise that it finds its way into a lot of Maranello’s monsters. We’ve previously tested it in the Portofino, GTC4Lusso T, and the 488 GTB. And now, it has taken the responsibility of powering the new Roma as well. And it’s really interesting to see the way this engine has evolved over the years.

The V8 bi-turbo in the Roma gets several core changes like revised cam profiles, a speed sensor that allows the turbo to revolve faster and more. And then there is the flat-plane crankshaft, which, Ferrari claims, ensures zero lag. Given the fact that our drive was going to be quite short, I wanted to experience the Roma in its most unadulterated form, which meant that the first thing I had to do was set the Manettino to Sport, and that’s exactly what I did.

The Roma makes 612 horses (20bhp more than the Portofino), and each one of those eagerly came to work the moment I hit the accelerator pedal. Ferrari claims that the Roma can fly past the 100km/h mark in just 3.4 seconds – a claim we were not able to test, but then we don’t have any reason to doubt it either.

Our short drive was on an extremely wet day in Mumbai, and I could feel the Roma just wanting to step out and show me how well it can move its beautifully crafted backside. And it wasn’t just all talk; it walked the walk too and gave me a cursory glimpse of what it’s capable of. And then the electronics intervened to ensure that I don’t scare myself silly. All this when I wasn’t even touching the surface of its performance pit. And then I knew I couldn’t plough any deeper. Not today, not on the busy streets of Mumbai. So, I hesitantly switched to Comfort mode as I approached a slightly uneven and crowded stretch of the road. 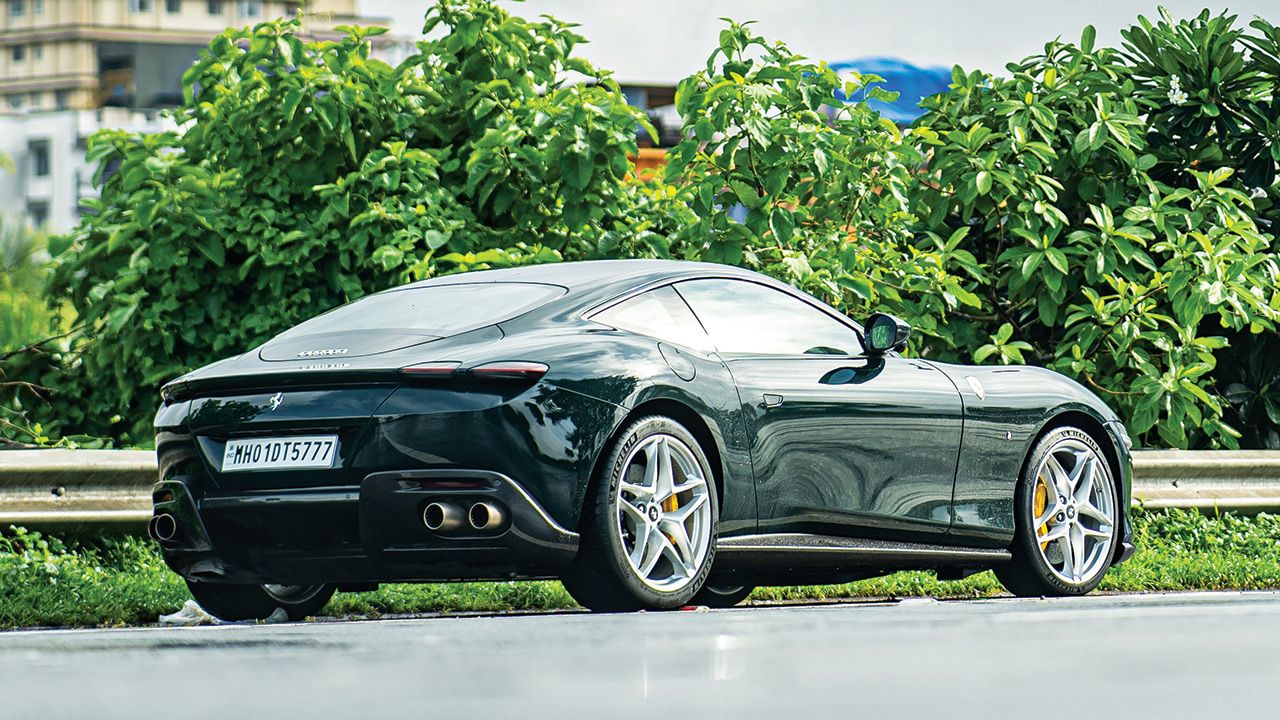 The Roma packs quite a surprise in this mode too. It offers quite a comfortable drive experience, especially for a sportscar. When I drove the GTC4Lusso T a few years back, I was pleasantly surprised with its ride quality. The Roma not only comes pretty damn close to that but even betters it in some ways. Even the engine and the transmission ease down and go about their business in a rather unsuspecting manner. The car upshifts sooner and exhaust feels relatively muted, making it as inconspicuous as it is possible for a Ferrari to be – the British Racing Green further adds to that effect. While the Roma can be savage in its performance and handling, it can as easily transform into an innocuous pet when you want it to be. And it’s this aspect of the car that makes it suitable for your daily drive – pretty unusual for a Ferrari, isn’t it?

Like all good things, my encounter with the Roma too came to an end a lot quicker than I had anticipated. But there is no denying that the drive itself was soul-stirring in every way imaginable. Given the brevity of my drive, I wasn’t able to experience every aspect of the Roma, but it was nevertheless an experience like no other – one that I will cherish for a long time to come. After all, some things in life are really priceless, aren’t they?

X-Factor: A perfect reimagination of the old-school Ferrari GTs.