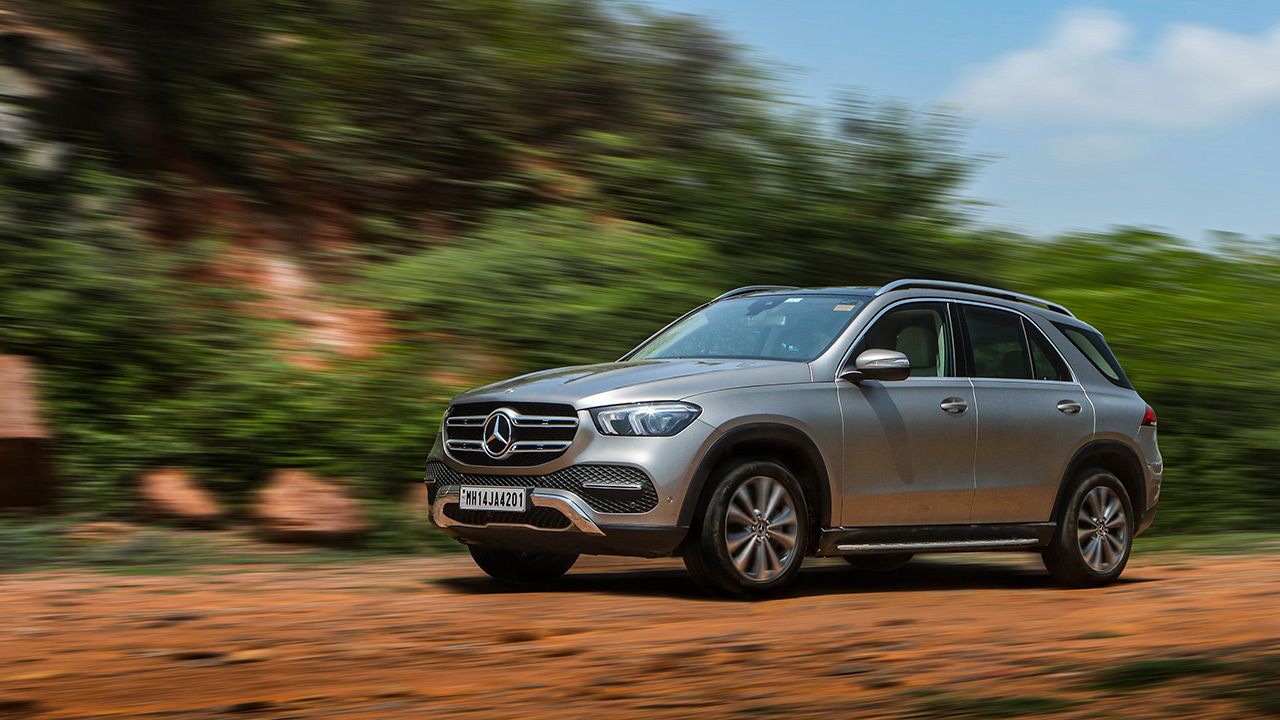 The GLE has been one of the most successful Mercedes products in both Indian and global markets. But, with ever-increasing competition, can the 4th generation GLE hold its own in a market full of luxury SUVs?

It’s a truth well known that the Mercedes ML – a name that it held for most of its life, until it was recently changed to GLE – was one of the progenitors of the luxury-SUV segment. Together with the BMW X5, the GLE was the product that made SUVs attractive and desirable in the world.

Global Success
The instant success of the GLE meant that this new kind of car was accepted and appreciated by buyers across the world. And soon, SUVs emerged as the most sought-after product in the world of automobiles. The fact that Mercedes has sold over 13,000 units of the GLE in India since its entry into the Indian market is a testament to its popularity and success. No wonder, then, that it continues to remain the segment leader.

But a pleasant past, or present for that matter, doesn’t ensure a pleasant future. In other words, the fourth-generation of the GLE has its work cut out for it, given the fact that competition in the segment is getting fiercer by the day. So, to defend its position, the new GLE offers a range of improvements over the previous generation SUV – from a new platform to a much larger wheelbase, for increased space, and even a brand-new range of engines. 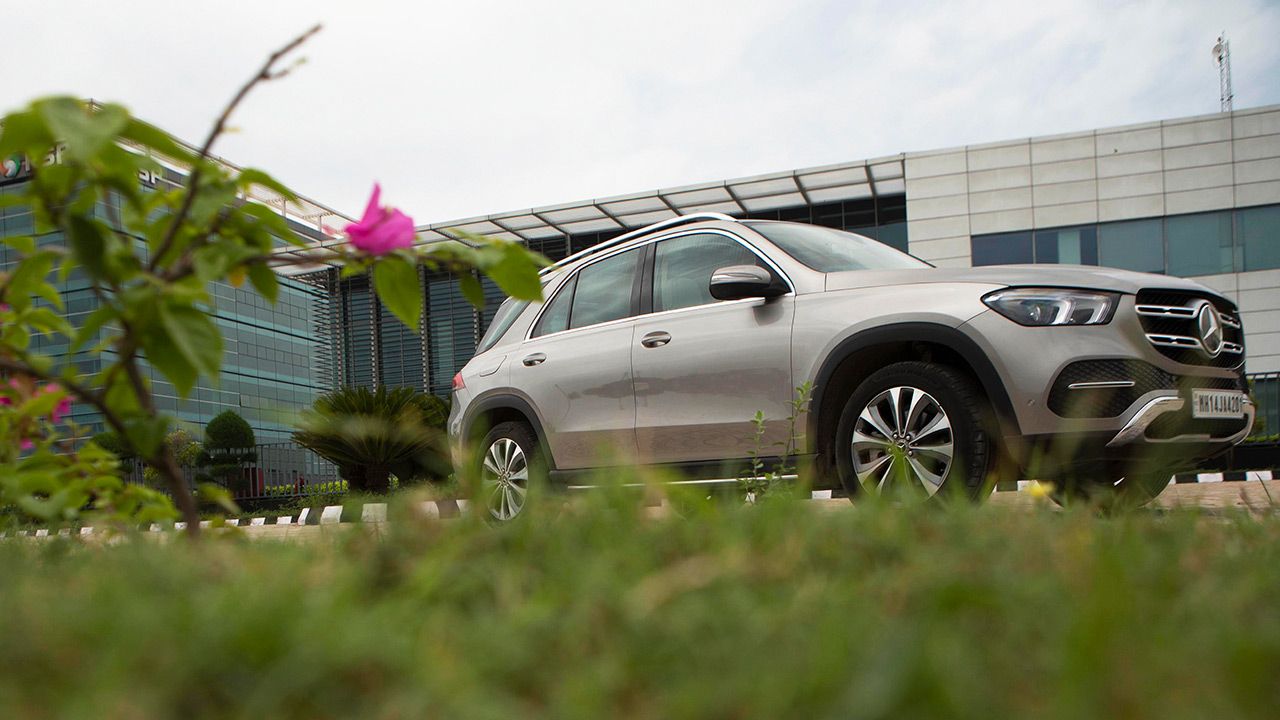 Sharp evolution
If you look at the product range of Mercedes-Benz, it’ll become obvious that the German brand has been quite successful in terms of styling for quite a while. Mercedes has a clearly defined design language that characterises its product range – its sedans, SUVs, and, even, hatchbacks are easily identifiable as Mercedes products. And, in fact, these cars are consistently rated as some of the best-looking products in their respective segments.

In terms of design, the GLE is a combination of this brand-specific design language and elements that are unique to the GLE, which make it look distinctive and sharp. For instance, the big front grille and sharp headlights and taillights – all LEDs – are similar to other SUVs from the brand, but the distinctive quarter glass behind the C-pillar is unique to the GLE. Sure, the overall styling of the car might be somewhat evolutionary, but it still looks elegant and cuts a fine figure.

Space Champion
The new GLE also has a wheelbase that’s longer than that of the previous-gen SUV by 80mm – most of it is focused on increasing the rear seat space. As a result, it offers an extra 69mm of rear-seat legroom and 35mm of increased rear headroom. The 300d version we drove has a large glasshouse and a bright tan interior, which made the car a warm and inviting place to be in. 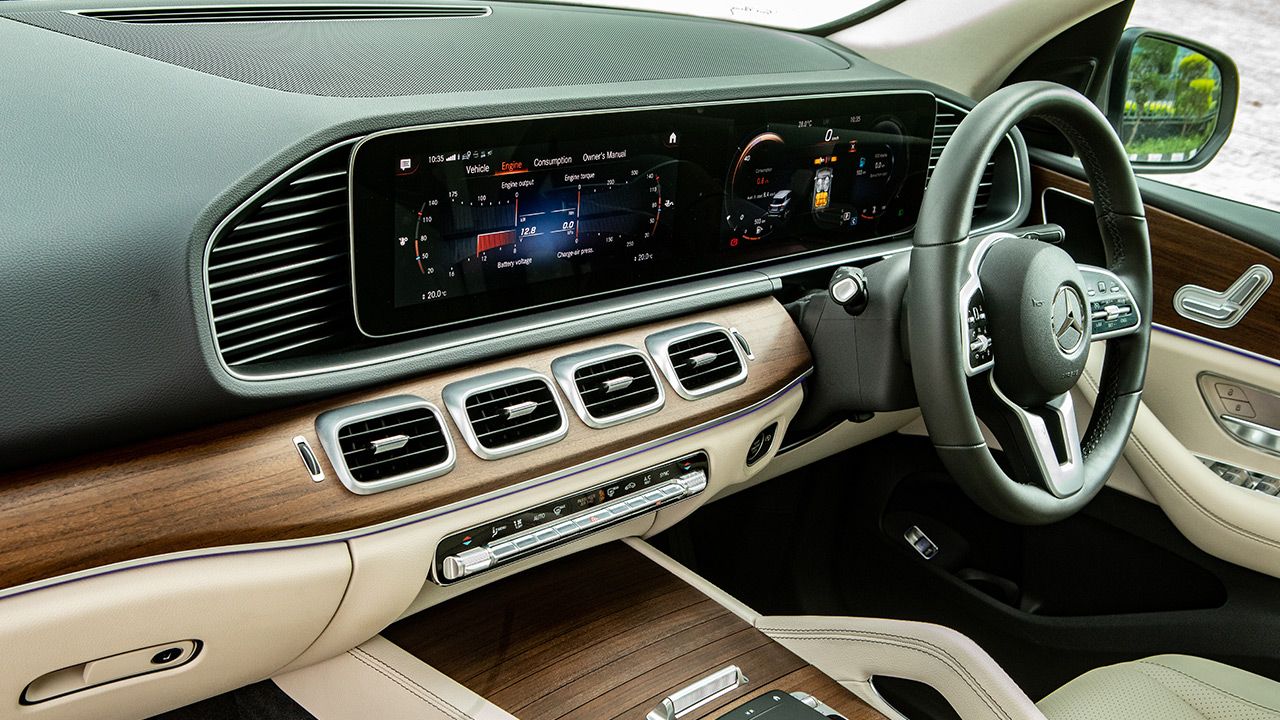 Now, it’s in terms of the interior design of its products that Mercedes has really moved the game forward, particularly the design of digital screens and the interface and experience they offer. The interior of the GLE, embellished with walnut wood and detailed application of ambient lighting, has a distinctive feel to it. If you wish to personalise the cabin to your taste, you can change the colour of the ambient lighting with a simple voice command – ‘Hey Mercedes’.

What really changes the rules of the game in terms of design and the in-car user experience, however, are the two 12.3-inch screens. Compared to its competitors, everything about the screens – from the way they are integrated into one frame, like a single entity, to the graphics design, animation and details – is simply class-leading. It’s enough to impress most customers once they get inside the GLE. So-much-so that this will most likely be a decisive factor for many customers.

New horses
Given the recent enforcement of BS6 standards, the GLE now gets new engines. It was launched with two diesel options – we drove the GLE 300d, powered by a brand-new 2-litre unit, which generates 241bhp and an impressive 500Nm of torque, paired to a new 9-speed G-TRONIC gearbox. The 300d, effectively, replaces the very popular last-gen 250d.

On the road, the new 2-litre engine responds quickly. The peak torque is available from just 1,600rpm, making the GLE pretty quick on its feet. The new 9-speed gearbox is also a massive improvement over the old 7-speed unit – it shifts quickly, irrespective of the driving style. Also, there are steering-wheel-mounted paddles for manual control. The GLE 300d comes equipped with steel suspension, which is definitely tuned for comfort. The ride quality is excellent on most kind of roads, despite the large 19-inch wheels. The steering, too, is quite decent, but it does lack a bit of feel and seems artificially heavy. 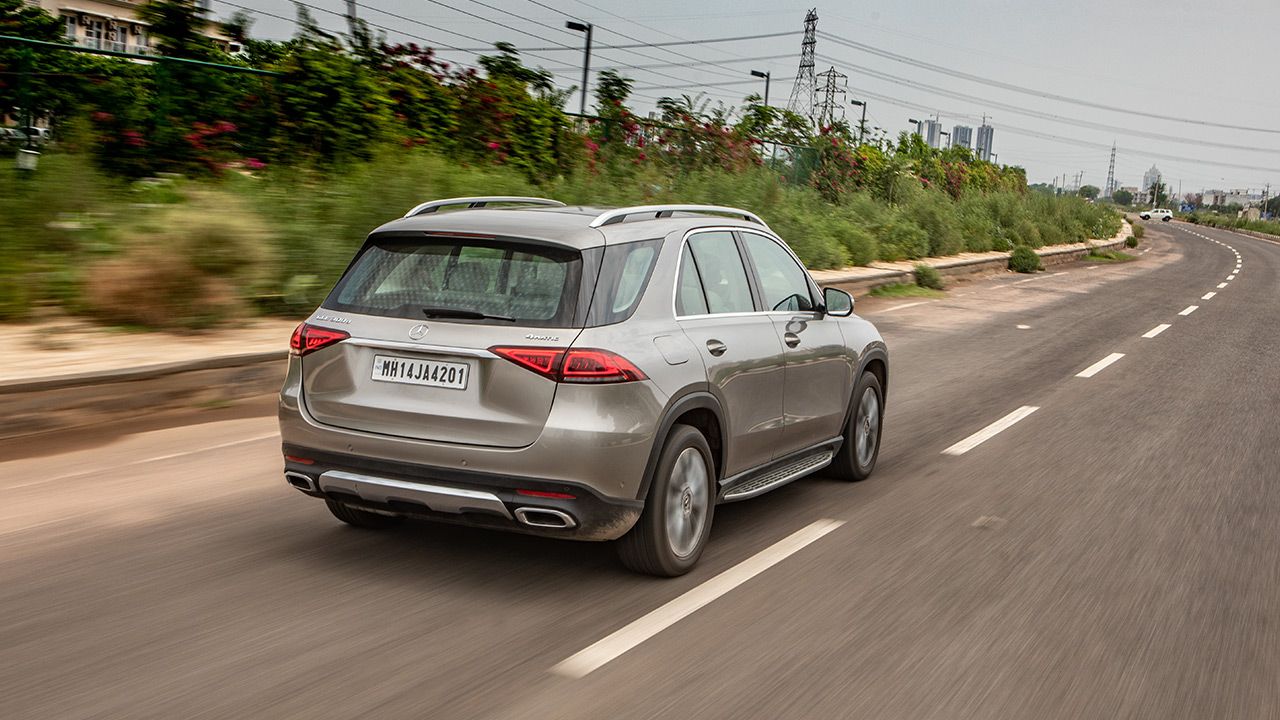 Of course, the new GLE is not perfect. The large touchpad in the centre console does provide haptic feedback, but using it to control the multimedia system is a painful process – it’s like trying to hit a moving target. In other words, you’ll have to invest some time and practice to properly exploit the trackpad.

Also, the new 9-speed occasionally provides some mild jerks while downshifting. Also, at part throttle inputs, the response from the gearbox to downshift can be a tad slow, at times.

However, in all fairness, the GLE does offer Indian customers a glimpse into the future of motoring. With its class-leading, futuristic interior, excellent space, and a refined, fuel-efficient downsized powerplant, the GLE is an impressive mid-size luxury SUV at a relatively attractive price.

X-factor: In the new GLE, Mercedes offers a value package with a class-leading cabin and multimedia interface.