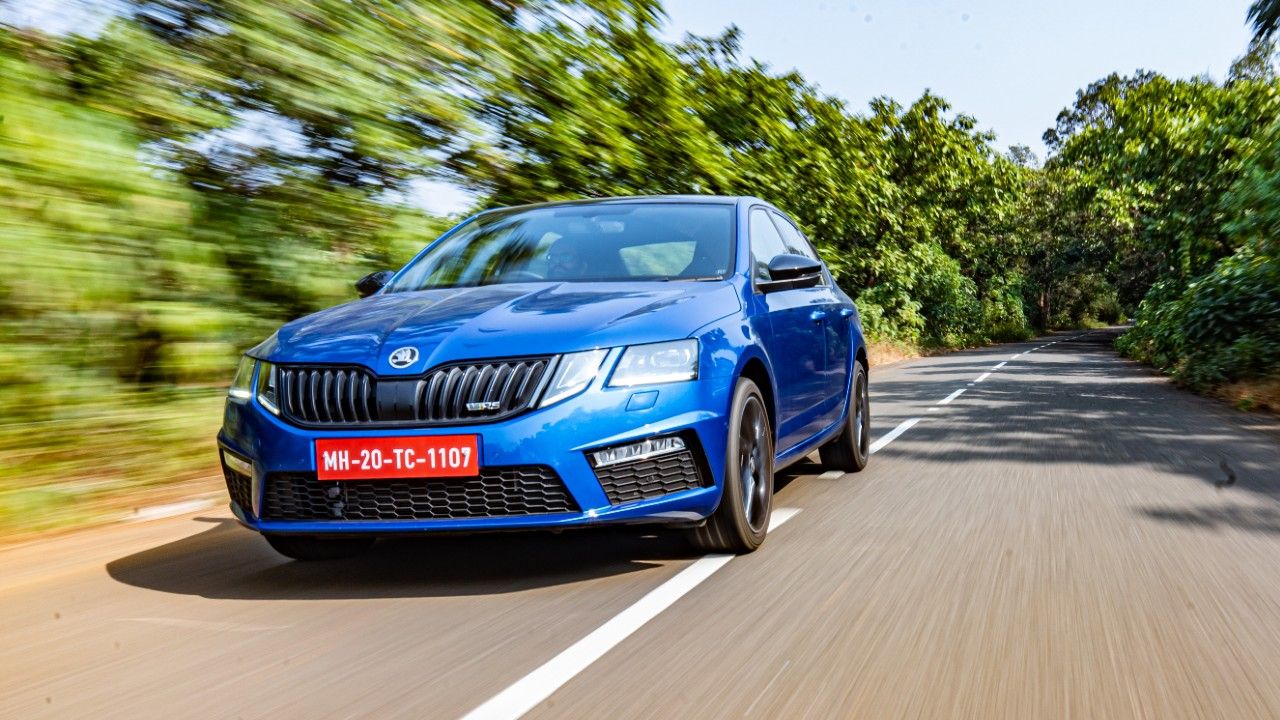 Is the current-gen Skoda Octavia RS 245 a case of 'better late than never’ or ‘too little too late’?

The Skoda Octavia RS 245 has come to India more than three years after its global launch and at a time when we are just a few months away from getting the new-gen iteration of the standard car. And, at Rs 35.99 lakh, it is considerably more expensive than the old RS 230. So, is the new Octavia RS still a perfect illustration of affordable performance, just like the model it replaces? 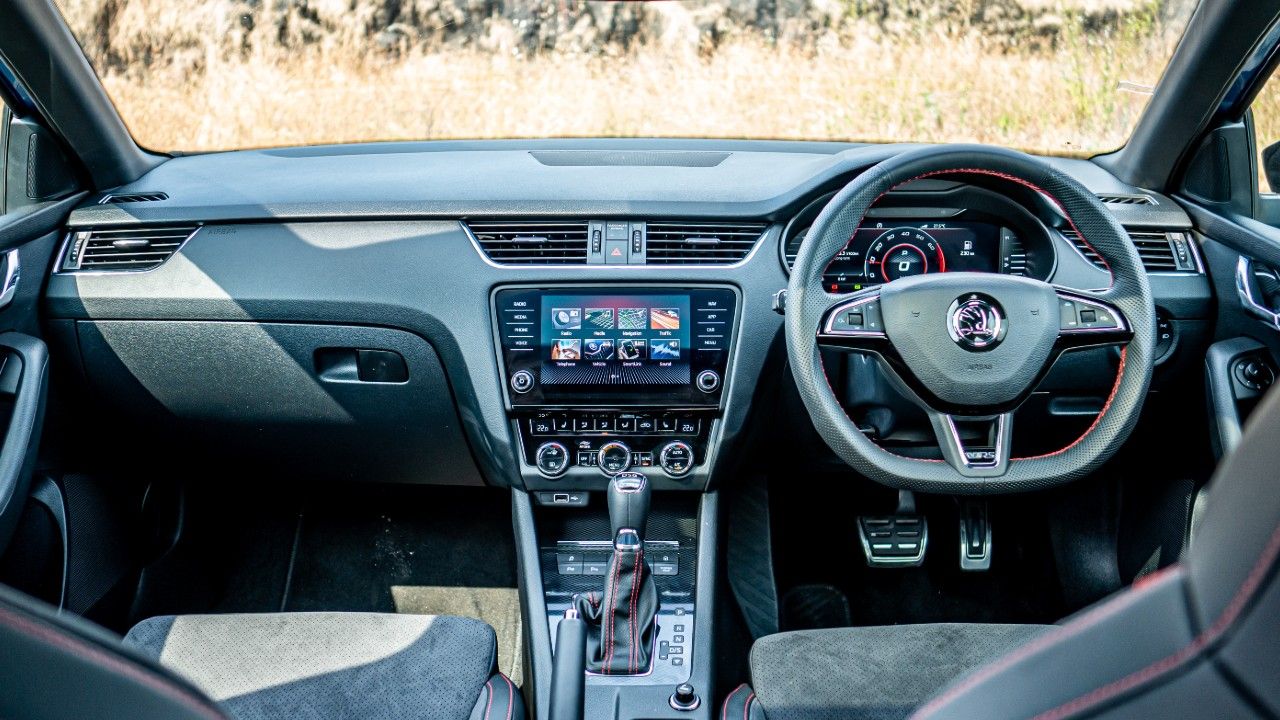 On the surface
Let’s first go through the interior of the Octavia RS 245, for there’s not much new here. The most noticeable change is the fully digital virtual cockpit behind the steering wheel. While it continues to display information neatly, it’s starting to feel a bit too familiar now. The only other new function is the vRS button near the gear lever – a shortcut of sorts that takes you directly to the four driving modes: Eco, Normal, Sport, and Individual. 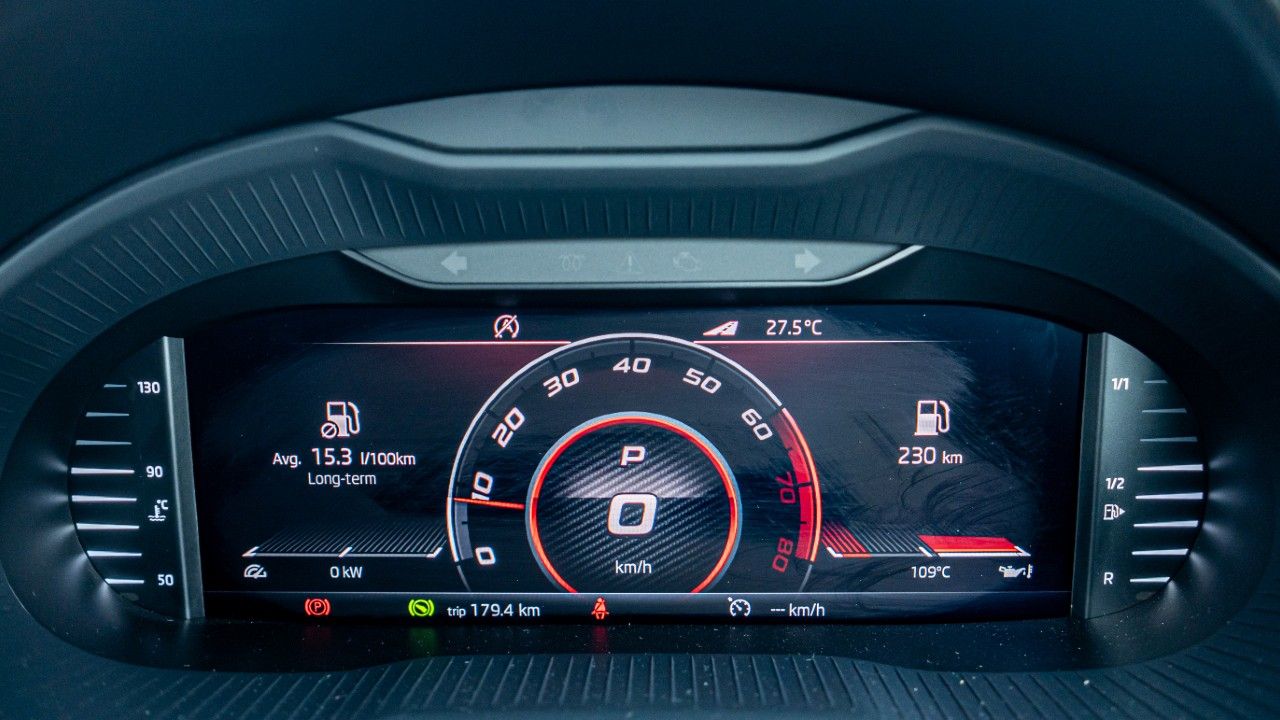 Everything else about the cabin is all too familiar. The dashboard design remains unchanged and has started to look dated now. In fact, the fit-and-finish of certain parts could’ve been better too, especially given the price it now demands. The Octavia RS 245 still gets sports seats at the front, and there’s also the vRS stitching on the seatback. Further, the Alcantara upholstery, contrast stitching, and faux carbon fibre bits add sportiness to the cabin. 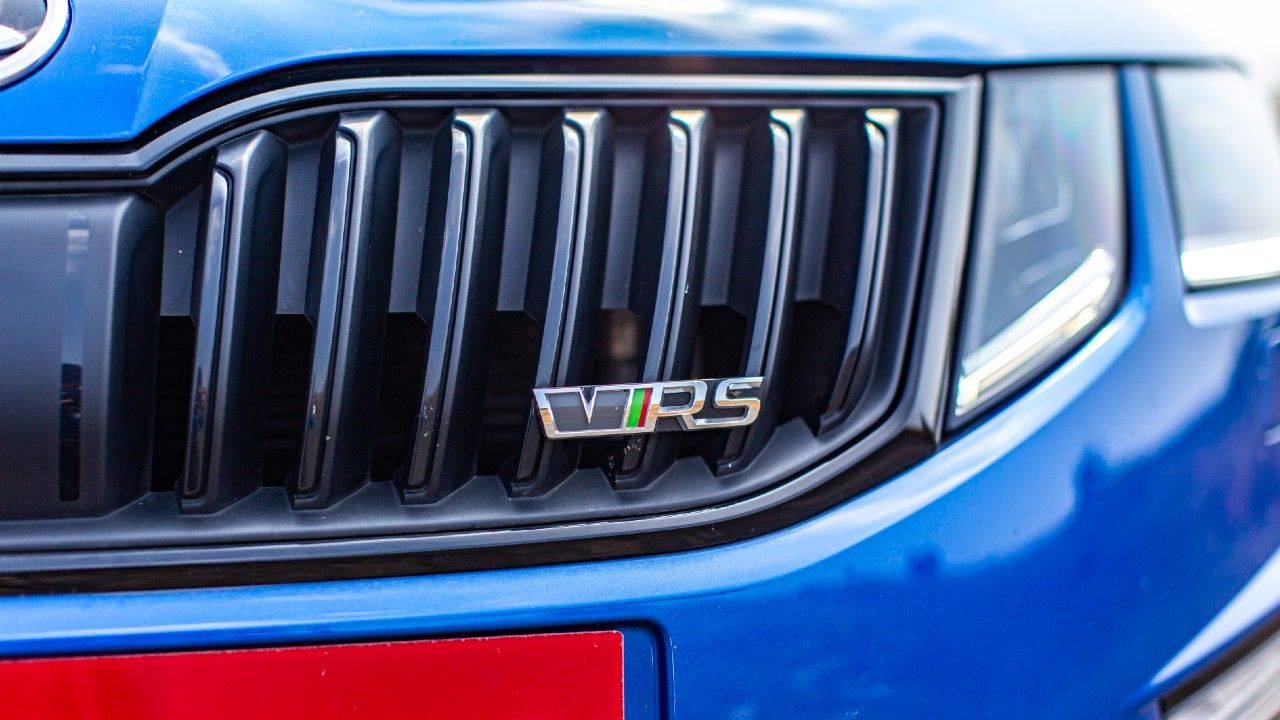 Just like the interior, there are a few blink-and-miss kinds of changes to the exterior as well. The only noticeable change is the piano black surround for the butterfly grille. Similarly, the ORVM casings and spoiler on the boot lid are also finished in gloss black. Along the sides, the RS 245 gets newly designed alloy wheels, which are now larger than before. 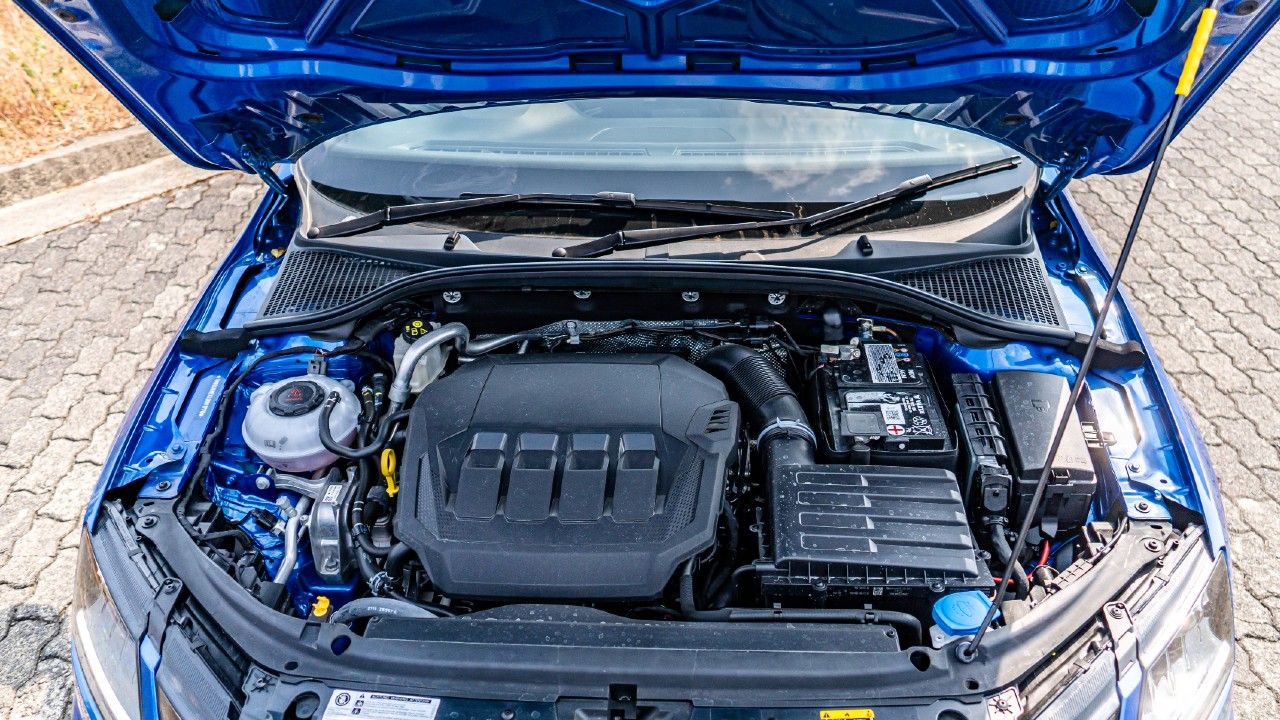 Under the hood
While on paper, the RS 245 sports the same 2.0-litre turbocharged petrol engine as the RS 230, underneath the surface, there are quite a few changes that have increased its power and torque figures. At 241bhp and 370Nm, the RS 245 makes 15bhp and 20Nm more than before – Skoda claims the increased figures give it an advantage of a two-tenths of a second in sprinting from a standstill to 100km/h. 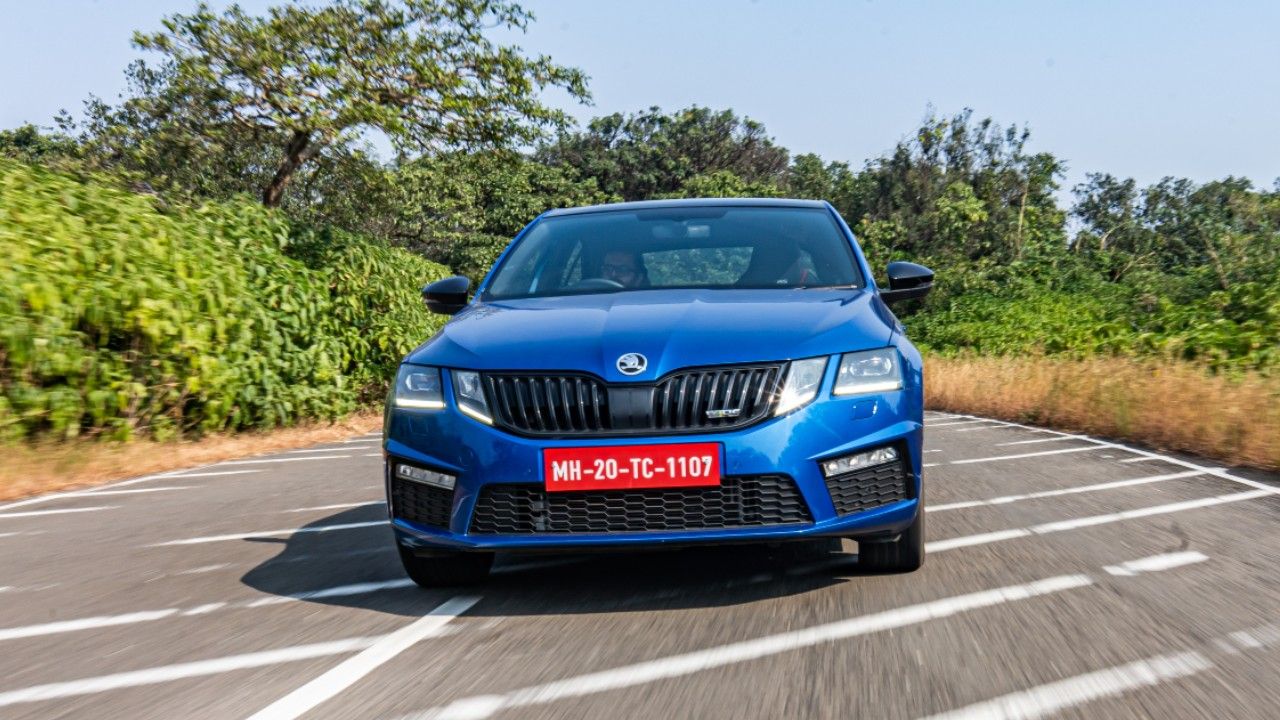 In the real world…
So, how much has the car changed in terms of overall drive experience? Frankly, you can barely tell the difference in outright acceleration, especially not on public roads. The RS 245, nevertheless, is quite a quick car, just like its predecessor. With the launch control activated, there’s a wee bit of a delay before you get off the line. But once you are past that, the wheels spin ferociously on the tarmac. And as the RS shoots forwards, you do notice some torque steer. The effortlessness with which the 2.0-litre motor revs is what really makes you fall in love with it. And the even spread of the 370Nm of torque makes the performance wonderfully juicy. Of course, the transmission plays supporting role exceedingly well too. The 7-speed unit is noticeably smoother than the old 6-speed unit – it’s almost telepathic in its shifts. 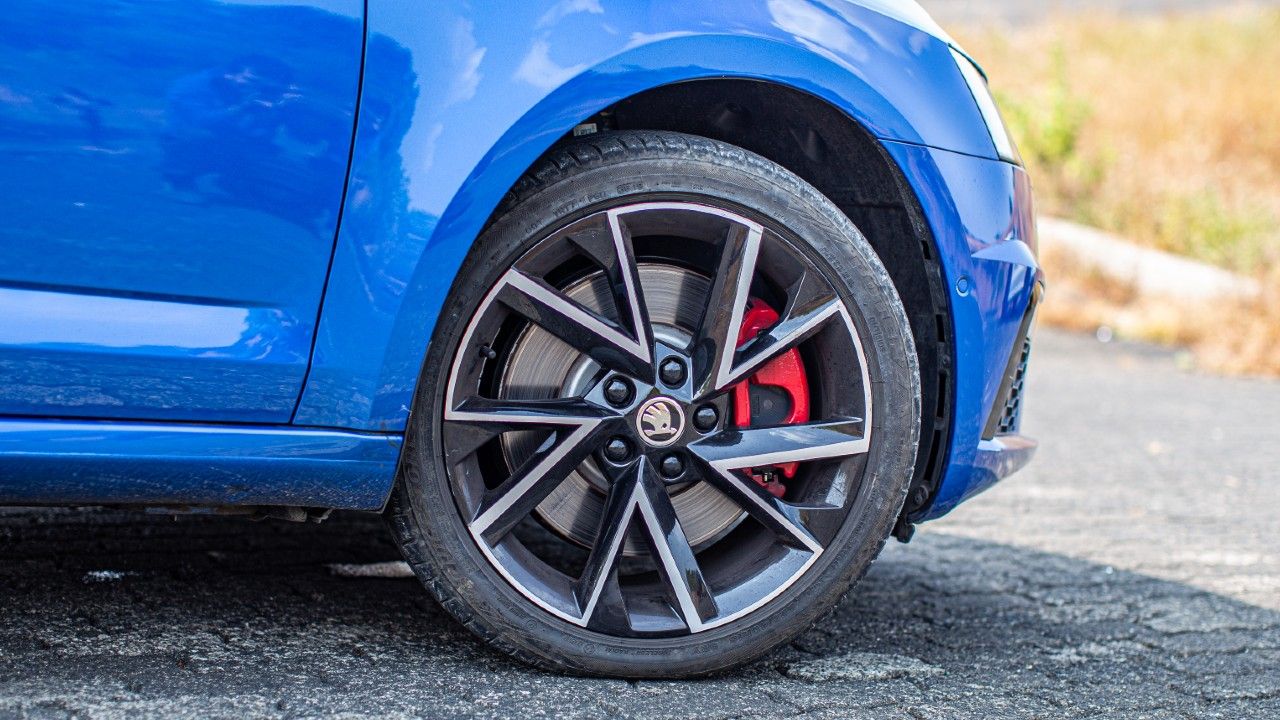 The other big change in the RS 245 is the addition of a limited-slip differential. The VAQ system is a more sophisticated unit than the old XDS+ and ensures better traction at the front wheels. There’s still a bit of understeer, but there’s no denying that the RS 245 corners with more certainty than the outgoing model. The braking performance has improved too. Also, there is a perceptible change in ride quality – a result of the larger wheels and 40-section tyres. 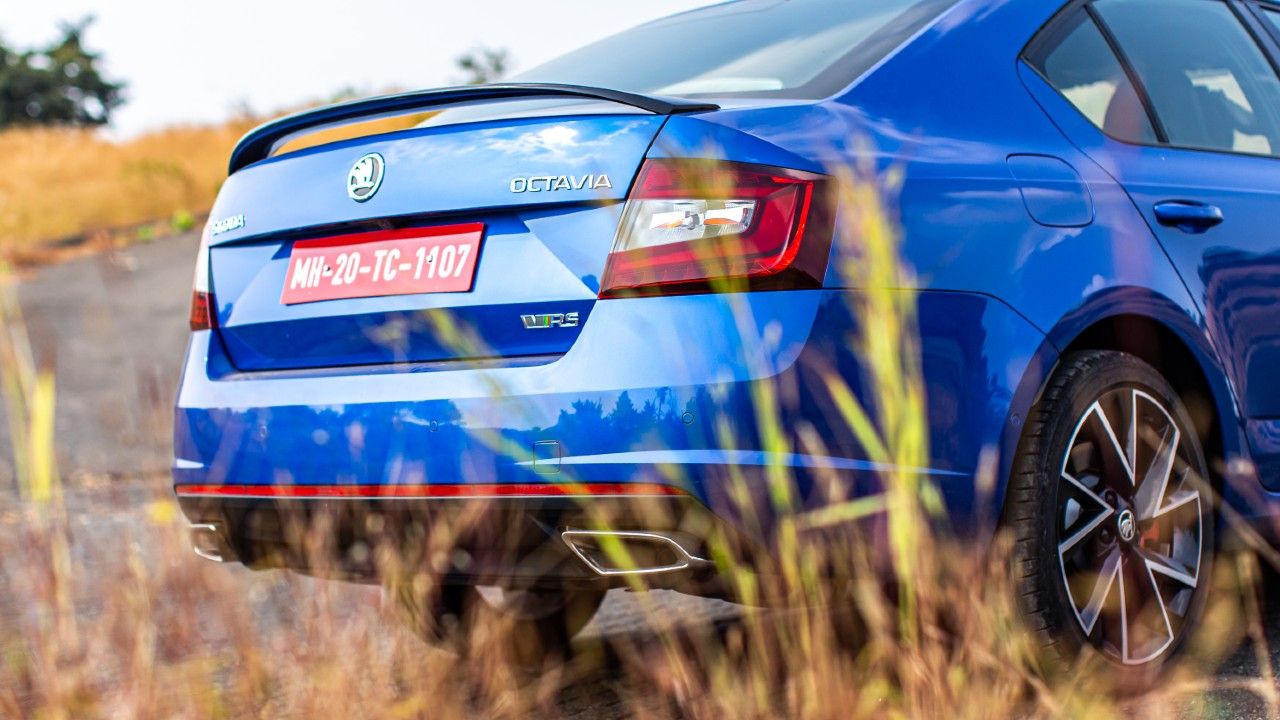 Is it worth the asking price?
The RS 245 does everything that the RS 230 did, and in most cases, it does it in a better way. But there is no denying that Skoda has spent far too much time analysing its viability in the Indian market, and because of that it has started to feel somewhat dated in a few areas. So, it’s a good thing that it is still incredibly fun to drive.
Now, let’s get to the most important aspect – the price. Skoda has launched the Octavia RS 245 at Rs 35.99 lakh, which is an absurd Rs 11 lakh premium over the RS 230, which was on sale in 2017. One of the biggest draws of the Octavia RS 230 offered performance comparable to that of the BMW 330i or Jaguar XE at a considerably affordable price. That, however, isn’t the case anymore.

In certain cities, the Octavia RS is now just Rs 5 lakh cheaper than the 330i Sport variant. Even when you browse through Skoda’s own portfolio, the larger Superb, although low on power, offers better value than the Octavia RS. And we already know that it’s a mighty fun car to drive as well – after all, it did win a spot in our recently concluded ‘Best of 2020’ Mega test. The Octavia RS has always been categorised as an ‘affordable performance’ machine in India. Well, the RS 245 certainly loses the affordability aspect, but its performance is still very much there. 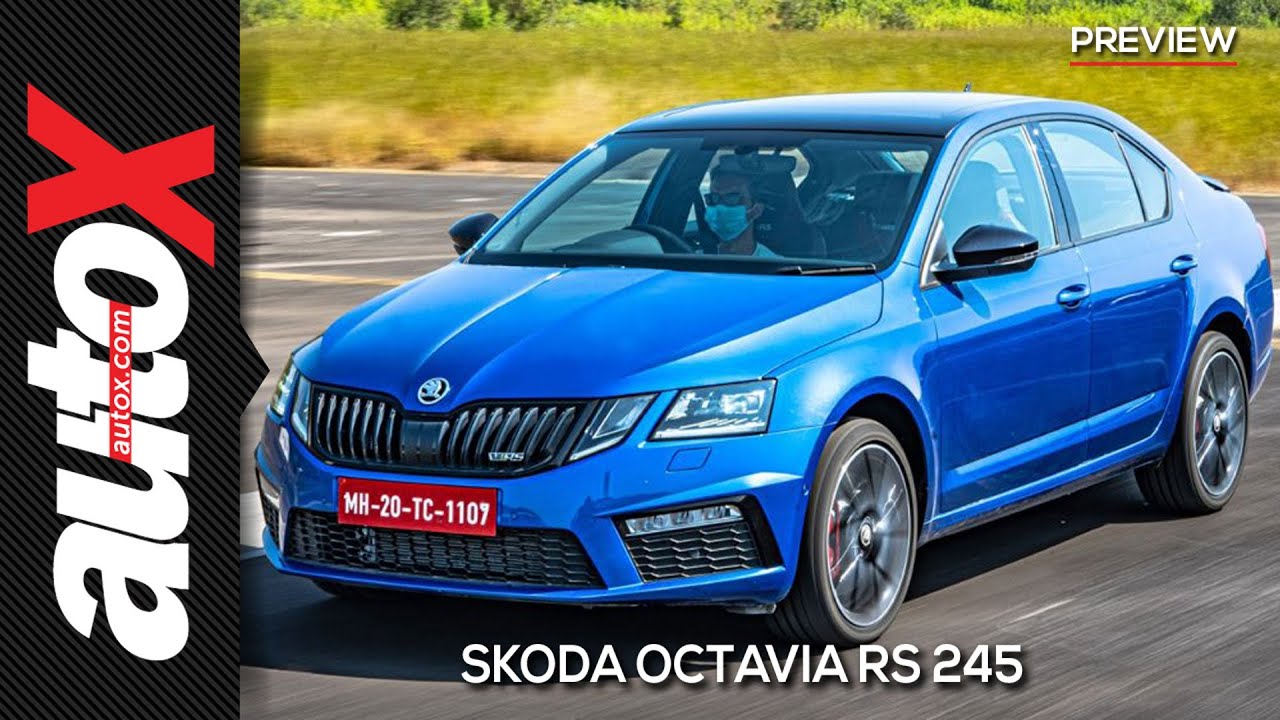