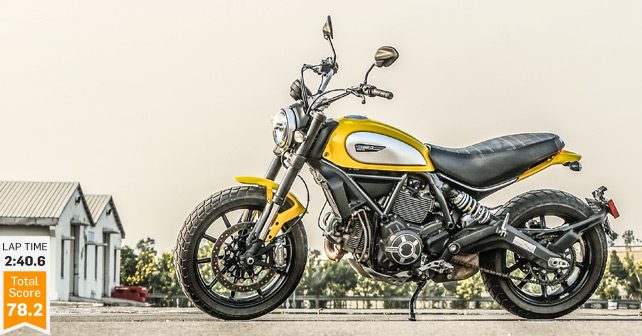 The Scrambler Ducati sits low, but has good ground clearance. It uses modern technology, but it looks retro and funky. It’s small and compact, but extremely powerful. It’s a game changer, and it really is the most unique motorcycle in the Indian market today.

Expectations started running high as soon as rumours first surfaced about the new Scrambler. And when we finally went to Thailand to ride it, the Scrambler quickly became an instant hit amongst Indian auto journalists. The refinement levels, the quality, the styling, the whole package exceeded everyone’s expectations. The fact that the bike came with bulky knobby tyres clearly was a message that this bike can, and will, go anywhere. 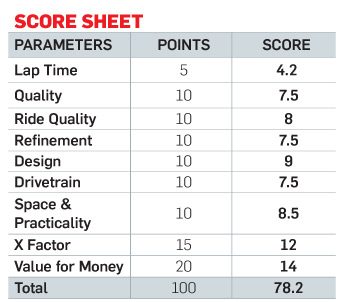 Its engine is sourced from the discontinued Monster 796. The high handlebars, tank panels, long teardrop fuel tank, and round headlight are all influenced by the original bike. The digital dials, LED lights, long seat, the high front fender and the floating rear fender, along with the large disc brakes, are the modern additions to the Scrambler. It’s a spectacular mix of components, and a courageous attempt to blend the old world with the new – the overall quality is brilliant.

The L-Twin 803cc engine has been tuned to provide instant torque, and the refinement levels are outstanding. With 75bhp, there’s a lot of power, and the bike accelerates with such ease that you would think the engine produces way more torque than the claimed 68Nm.The throttle is very responsive, and with the slightest twist you’re jolted back as the bike powers ahead. It’s got a broad power band so you always have power on tap. The bike can easily reach a top speed of 170km/h, and even then it remains stable and easy to control. It’s really a fun bike to ride, whether you’re in the city, on the highway, or on those tricky dirt trails.

The Scrambler is certainly one of our favourite bikes, and it’s also priced very well – that’s why it scored so well, and is one of the top-5 bikes launched in India this year!