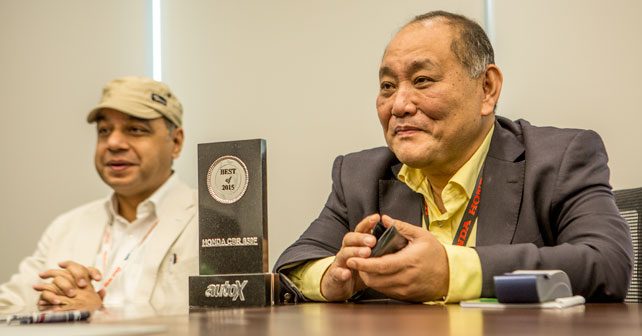 Well, we’ll complete 15 launches this year. So, for next year, we’ll be looking at a good sales numbers from motorcycles especially – since we’ll have a full range of bikes available. At times, there’s a perception that HMSI is a scooter brand – but we have many good motorcycles as well! So, we feel, now their time has come.

Scooter wise, at the end of January next year, the Gujarat factory will be inaugurated and we’ll add 1.2 million units – which will take our total capacity to 5.8 million units. And the scooter-only Gujarat plant will also free up some capacity to produce more motorcycles in other plants.

But today is a big day for us. Dhanteras is always the single highest selling day for us. We did 1.65 lakh units last year, and we expect it to be much bigger numbers this time (and it was, HMSI later reported sales of 2.2 lakh units on that day). 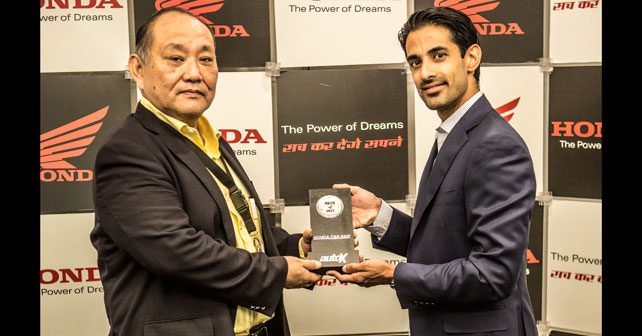 As far as the CBR 650 is concerned, we hope to cross the 100 sales mark in the next few days. We launched the bike in August, so the first hundred has come up very quickly. We’re not selling the bike at all our dealerships. Instead, it’s only at 11 special outlets that have set up the infrastructure to retail and service this bike. It’s important for us to take care of the customer, since he or she will be very different from a customer buying a commuter motorcycle. So there’s a different ambience in the dealerships to give these customers a special feel, as well as mechanics who have been specially trained by our team that spent two-three weeks in Japan. Our production team, as well, has done a great job. So, we may challenge them again by trying another special model next year.

How important is it to be number one in India?

To the team, the message is always clear – that will be the ultimate result of our efforts. But the first thing is that we have to be number one in the mind of the consumer. Our first objective is this – if a consumer has a shopping list, then Honda and the Wing Mark has to be at the top of this shopping list. In last couple of years, our market surveys have shown that gradually we’ve made it to the top-of-mind – and that’s the first target. But another challenge is to manage so many products – everything from a 1,000cc to a 100cc – within the same sales and service network, because customer satisfaction is our number one priority. 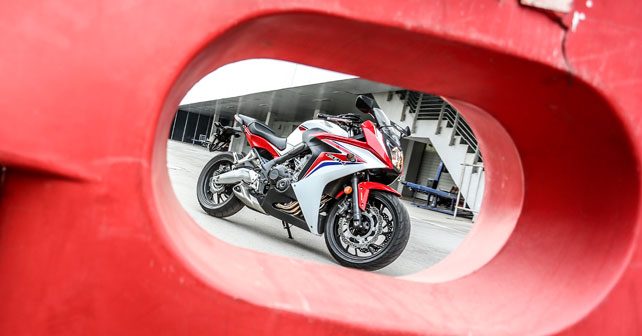 The Activa single-handedly revamped the scooter segment, what’s the next game-changer from HMSI?

The scooter segment is the biggest segment at the low end of the market. So, we’re still facing a lack of units for the Activa. Last year, we introduced the Honda Activa 125 – and we will try and introduce a new scooter next year for our Indian customers. 50% of Indian customers are very traditional, while another 50% want new lifestyle vehicles – so we will try and bring in something new.

The premium bike segment is also growing very fast. What are your future plans in that space?

There has been a lot of pride with the team associated with the CBR 650 in India. This started with their training in Japan to learn how to assemble this bike in India. Then, we were able to execute on time – since we were on a very tight schedule. And, finally, it’s given us the ability to skill-up. So, now, we have the confidence. It’s a very young core team, and they’re confident of meeting whatever challenge is given to them next – even if that means assembling more complicated bikes. The morale of the team is very high, especially the team which is doing the CBR 650. They’re really looking forward to bigger and better things in future.