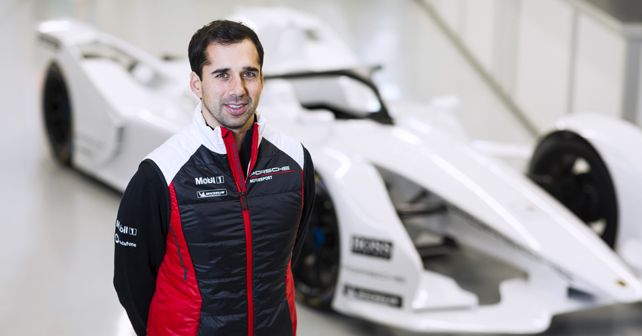 2016 Le Mans winner Neel Jani has been confirmed as Porsche's first driver ahead of its debut in the ABB FIA Formula E's season six.

Prior to its official debut in December 2019, Porsche has started the warm-up process ahead of its entry into the Formula E championship's sixth season. While Porsche is waiting for its first standardised chassis to install its tested and in-house-developed drivetrain, the German carmaker has signed Neel Jani for its Formula E driver's squad. With the Swiss racer on board, Porsche will begin pre-season testing in early 2019.

However, Jani is not exactly new to the Porsche family. He has been a Porsche works driver since 2013. In 2016, he drove a Porsche 919 Hybrid to victory in the 24 Hours of Le Mans and in that same year, he also became the FIA World Endurance Champion. Between 2014 and 2017, the 35-year-old Swiss racer won four races in the 919 Hybrid while securing nine pole positions and four fastest race laps. While he began his career in single-seaters, he has also had the privilege of being a Formula One test driver.

Commenting on the team's decision to sign Jani, Fritz Enzinger, Vice-President of Porsche Motorsport said, 'Without a doubt, Neel is the right man for our new technologically trendsetting programme. Not only does he contribute to speed, but he has a huge amount of single-seater experience. He has already driven in Formula E and is well established in Weissach as a development driver.'

However, there is still plenty of time before we see Porsche Motorsport in action in the Formula E championship as the 2018-19 season of the sport started just a few days ago in Ad Diriyah, Saudi Arabia.