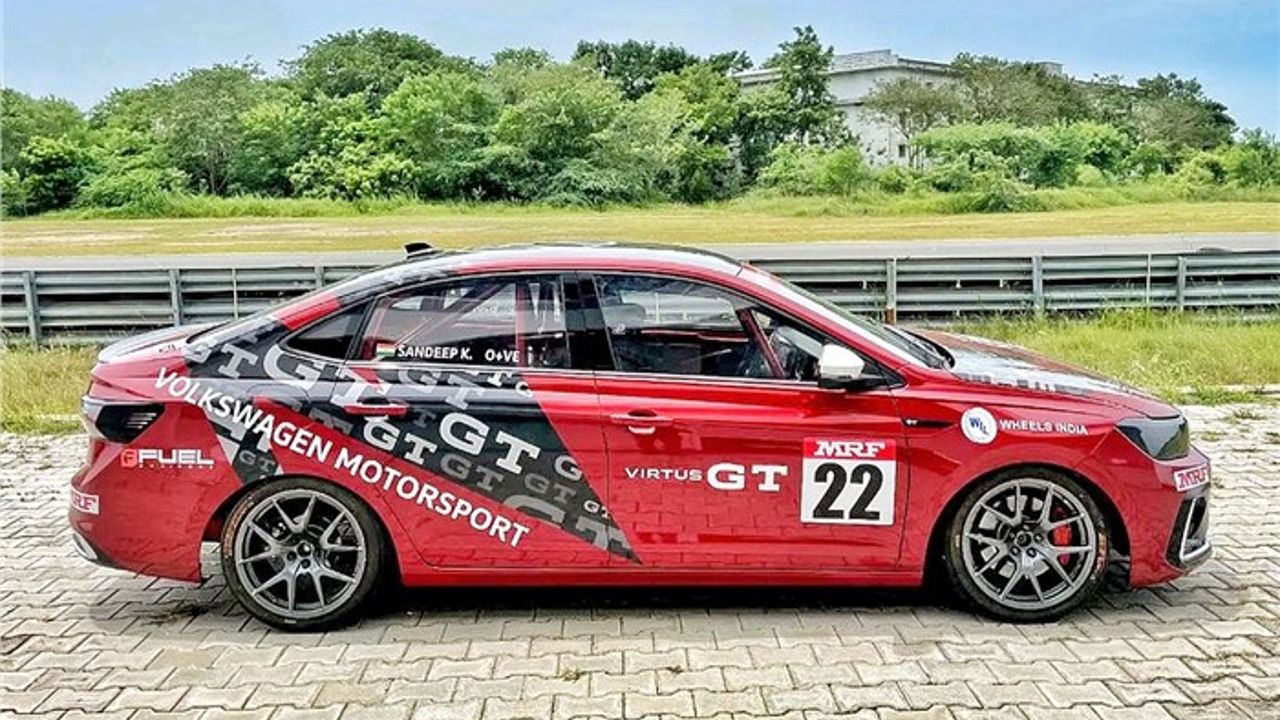 Volkswagen has introduced the Virtus ITC race car, the track debut of which is expected next month. It has been built to take part in the MRF Indian National Car Racing Championship. The Virtus ITC car will take over from the Vento ITC car, and with that come a whole host of changes.

For starters, the engine is now based on the 1.5 TSI motor of the Virtus, and it has been tuned to belt out 213bhp and 300Nm! The seven-speed DCT of the Virtus has given way for a six-speed sequential gearbox designed for racing in the ITC car. The ride height of the Virtus has been lowered as well, and the MRF alloy wheels round up the changes.

Inside, the Virtus ITC car has been stripped of its luxuries and has gained racing seats, a roll-cage, six-point racing harness among other bits, but the weight of the overall package has been brought down to 1,080kg, down from the 1,275kg weight of the stock petrol-manual.

For its track debut, the Virtus ITC car will appear at the Kari Motor Speedway from October 7th to 9th, racing in Round 1 of the MRF Indian National Car Racing Championship.