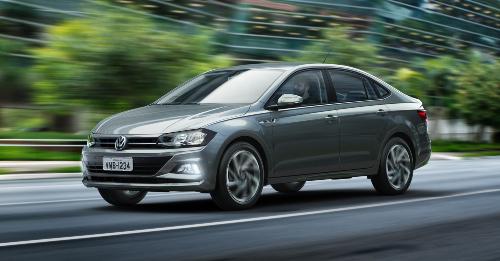 What we know so far is that the new sedan from Volkswagen will take its inspiration from the Virtus, and it will be developed specifically for the Indian market given that the international version is a left-hand-drive model. Moreover, while the international version is based on the modular MQB A0 platform, the Indian model is likely to be built around the brand’s MQB A0 IN architecture.

The international-spec Virtus is quite an elegant car in terms of its design. It is a touch larger than the Vento, translating to a better rear-seat experience along with a longer boot. The interiors are expected to be in line with the Taigun, therefore, expect a good level of equipment on the top-spec trims.

The India-spec Volkswagen Virtus will most likely be powered by the same 1.0-litre three-cylinder TSI engine as the Vento, which is good for 109bhp and 175Nm of torque. However, higher variants could also be powered by the 1.5-litre TSI engine (148bhp and 250Nm) from the T-Roc. Expect a 6-speed manual to be standard, while a 6-speed torque converter and a 7-speed DSG automatic will be offered as an option.

While there’s no word from Volkswagen regarding the launch of the new Virtus, we expect it to arrive in the Indian market by the end of this year. Expect it to be a touch pricier than the ongoing Vento.

A test mule of the Volkswagen Virtus was spotted in India ahead of its India debut. The launch is expected by the first quarter of 2022 with aggressive pricing. Read more to find....